Some who live in Huntington, Oregon are annoyed about the number of deer overrunning the small town, while others think they should be left alone. 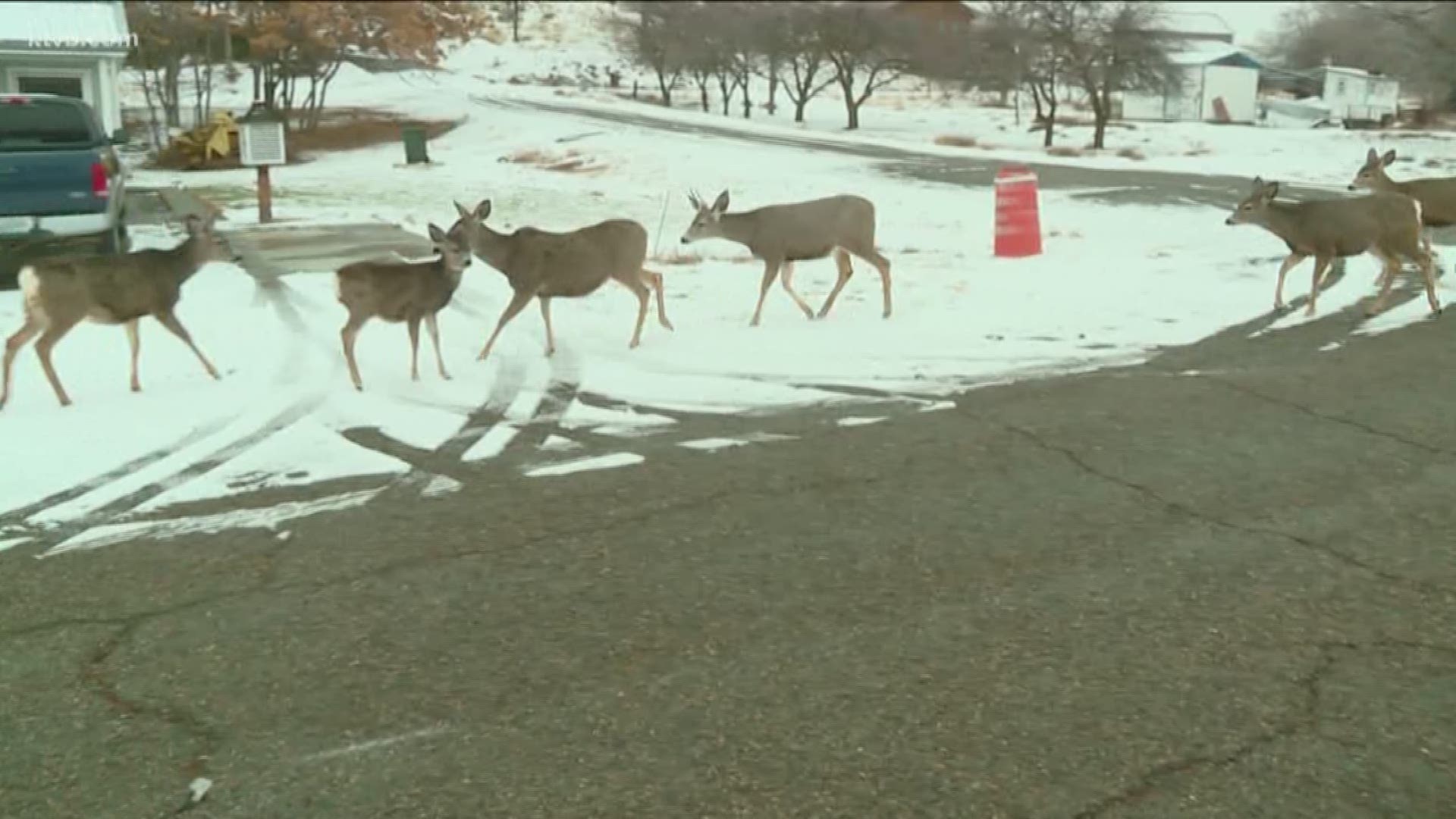 In Huntington, a certain creature makes up a big chunk of the small town's population: the city is full of deer.

Some say they're becoming a nuisance and are asking the city and Oregon Department of Fish and Wildlife (ODFW) to take care of it.

The Huntington City Council held a public hearing Tuesday night and brought in experts to share options, including euthanizing the deer.

While deer are a natural part of the landscape in eastern Oregon there a lot of them concentrated in and around the rural town. They're bedded down in fields and property all throughout town.

Herds of deer were just feet away from KTVB's crew while we were shooting video on Tuesday, and just feet from people's front doors, cars, and pets.

Huntington Mayor Candy Howland says it's always been like this.

"They're wild animals,” Howland said. “As far as them being an annoyance it depends on who you speak to in town.”

Some folks are tired of their well-kept yards being demolished by deer, or fear for their safety.

“They made a complaint to the city so now we're looking at the options for fixing that complaint,” Howland said.

Marie, who asked that we not use her last name has lived in Huntington since the 1980's, and is concerned about the overpopulation of deer in town.

“We enjoy sitting out on our front porch watching them with their babies and stuff," she said. "But here the last few years it’s gotten kind of out of control."

She and others want ODFW to do something and take some control.

“There's got to be boundaries for these animals,” Marie added.

She says she doesn't want them killed, which is now an option under Oregon state law to reduce the deer population.

“If they'd all be gone, part of Huntington would be gone," resident Brenda Brown said. "Because those deer are part of this town."

Brown wants to fight to keep the deer in town.

"It’s nature, the kids get to watch this," she said. "Where else can kids go that deer come up and look in windows at em? I feel they should be left alone and free to do what they want because they're not hurting anybody.”

Taking all of that into account, the City Council held a public hearing Tuesday night to get a feel for where residents are at with the issue.

ODFW says they presented options under the Urban Deer Population Control Pilot Program. The first line of defense is an ordinance against feeding deer.

Under the Urban Deer Population Control Pilot Program, the next requirement is declaring that the deer populations have risen to levels that constitute a public nuisance. The city can then petition ODFW for kill permits necessary to reduce deer population levels within city limits.

Any deer taken has to be salvaged, processed and inspected before being donated to a food bank or charity - a solution Howland says would cost a pretty penny.

“The city would have to pay for that if that's what it did,” she said.

Huntington City Council didn’t make any decisions Tuesday night; Howland said once they gather information from ODFW and determine what citizens want, they can begin their decision-making process.

“After that then we'll take it under advisement, research, look at options, go through all the steps that the council takes," Howland said. "Then later on down the line there will be a decision made." 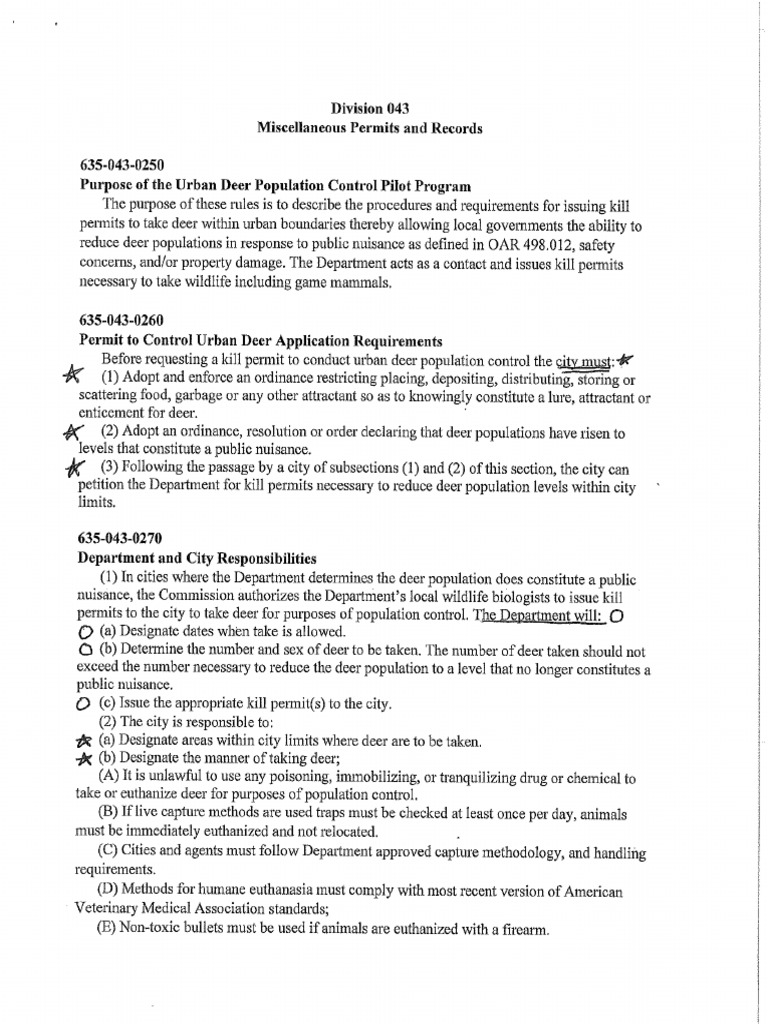