Search continues for missing and endangered 5-year-old in Fruitland, Idaho

Michael Vaughan was last seen near SW 9th Street and S. Arizona Ave. in Fruitland on Tuesday evening. Crews and neighbors were out all day looking for the boy. 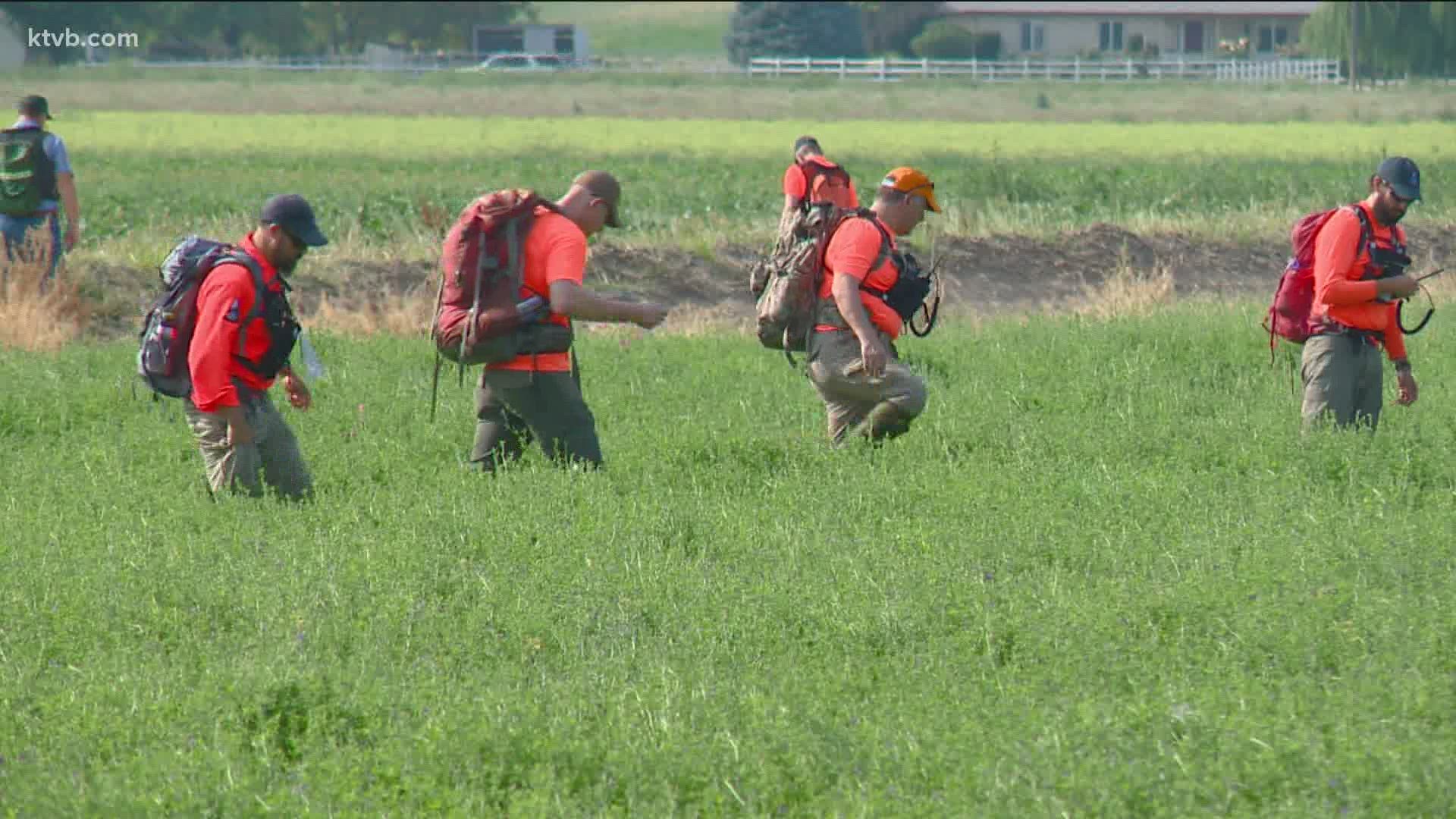 FRUITLAND, Idaho — Update (7/29): Anyone who can assist with the search for Michael Vaughan can meet on July 29 from 9 a.m. to 1 p.m. in the southern parking lot of Fruitland High School to join a community search.

The search for a missing 5-year-old-year-old boy intensified Wednesday as it entered its second day.

Michael is about three feet, seven-inches tall and weighs 50 pounds. He has blonde hair and blue eyes. He answers to the nickname "Monkey."

Michael was wearing a light blue shirt with a Minecraft picture on it, dark blue boxer briefs and sandals.

Idaho Mountain Rescue brought in highly-trained and rescue personnel to assist in the search.

Crews from multiple agencies searched the area near Michael's home by ground and air by drone and helicopter. They also went door to door, talking with neighbors.

Right next to the boy's home is a field where crews spent much of the day searching for him.

Neighbors say they learned about his disappearance about an hour after he was reported missing. They say Michael is a happy kid who lives with his parents and grandfather.

Cynthia Walker was walking her dog as the search was happening.

"At five years old, I don't know that he would wander too far without one us seeing him by now," she said. "There are volunteers, many, many volunteers out searching, scanning the fields and we just want to have Michael back, we just want him home safe."

Michael's aunt told KTVB that she is thankful for all the support they've received.

Anyone with more information about Michael's whereabouts should call 911 or the Payette County Sheriff's Office at (208) 642-6006.

The Fruitland Police Department announced late Wednesday that search teams combed the canals in the area but fire crews and K-9 units were unable to find any trace of Michael.

1 / 7
Paul Boehlke/KTVB
Authorities are searching an area near a Fruitland neighborhood for a 5-year-old boy who went missing Tuesday evening.

Fruitland is a small city in the Ontario metropolitan area, roughly 36 miles northwest of Nampa.

"If you live in the immediate area, please thoroughly search your own property and security camera footage," the police department said in a statement.

After the initial search of the area, police were confident that the area was thoroughly searched so the Idaho Mountain Search and Rescue Team was released from the assignment.

Fruitland PD added that the community's help has been unmatched. The department will be coordinating citizen search efforts at Fruitland High School from 9 a.m. to 1 p.m. Police will pass along search assignments to volunteers and encourage those wanting to help to join the search efforts.

Editor's Note: This is a developing story, check back for updates.