"It was the only way I could think of returning to her, what she did for us,” Rachel Basner said. 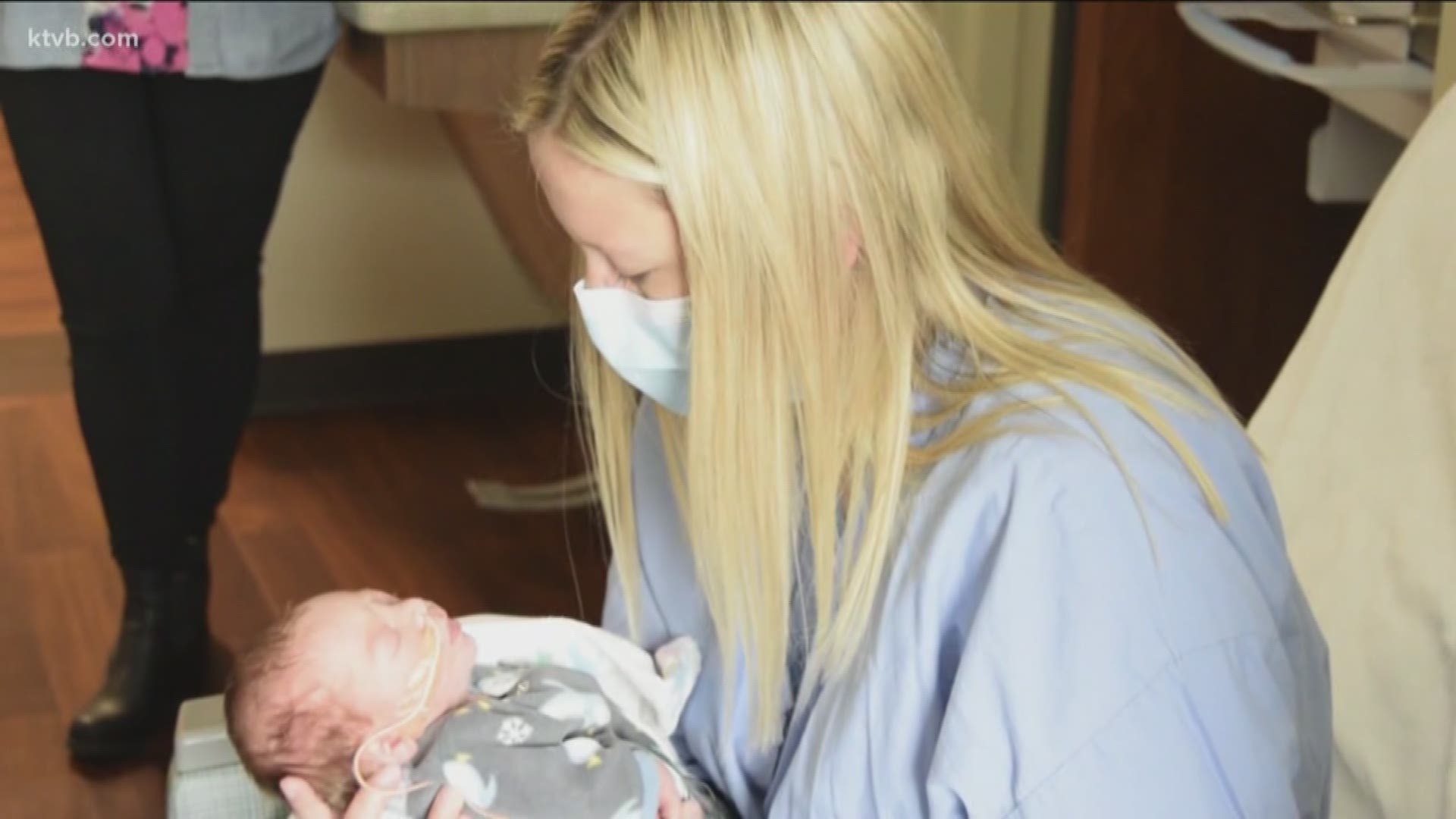 NAMPA, Idaho — James Basner is only weeks old, but he'll carry the story behind his name for years to come.

His parents, Rachel and Toby, had what they called a difficult pregnancy.

"We had gone into labor four times," Rachel Basner said.

At 33 weeks, they found themselves back at the hospital.

"And everybody kept saying you're not in labor this time, nothing is changing, they wanted to send me home," Rachel Basner said.

But thanks to Lauren Ramey, a registered nurse at St. Luke’s Nampa Medical Center, the Basners were able to stay.

"Lauren fought so hard for us, I was like I know I can get him out with Dr. Kasper here just get me admitted, and she did," Rachel Basner said. "Nothing went right for me the entire pregnancy but the delivery was so perfect and beautiful, we were able to deliver natural, Lauren was by my side, she was going to be reassigned to someone else and fought to stay with me and everything just ended up working out perfectly. We felt super connected to the staff, but especially Lauren right away."

RELATED: Doctors deliver baby while mom was on a ventilator battling COVID-19

That connection gave the couple the idea to name James, after Lauren.

"They told me in the morning and I totally like blew it off like 'ha-ha your kids middle name is Lauren okay,'" Ramey said. “I went the whole day thinking that was a joke until they called me back in and surprised me with the birth certificate paperwork and it really was my name, it's very special to me.”

What the Basners didn't know though was Ramey's brother's middle name was also James. The same name, as their newborn son.

"James is a really big name in my family, like four generations back," Ramey said.

Something made even more special, since Ramey's brother died recently during a special tactics military training.

"I knew that from my own losses within my family that giving Lauren a gift like that to help carry her through her career and this hard time that, it was the only way I could think of returning to her, what she did for us," Rachel Basner said.

"He's so healthy now and he's doing so good and they're going to get to tell him about me and that's pretty crazy," Ramey said. "It's pretty cool."

James is the first baby to be delivered at less than 34 weeks at St. Luke's Nampa Medical Center.

RELATED: Baby bust: US had fewest number of newborns in 35 years in 2019

RELATED: One new mom to another: 'I'm rooting for you!'