No more buses taking skiers up to Bogus Basin

The Caldwell Transportation Company says ridership has fallen off in recent years and it is no longer financially feasible to offer the bus service. 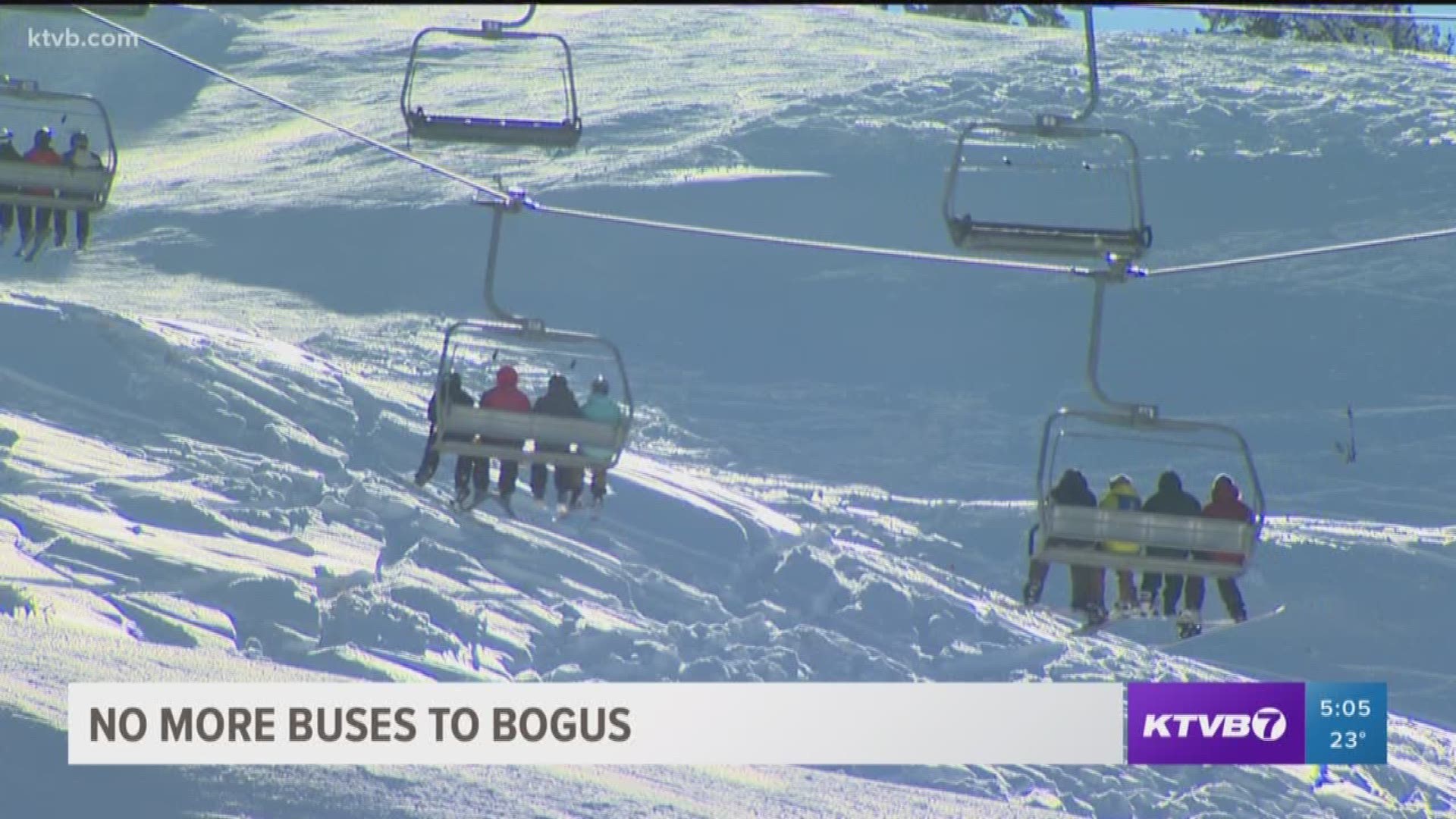 BOISE — It's late news this close to the ski season at Bogus Basin, but if you're a winter sports enthusiast who relied on riding the big yellow bus up the hill to get your runs in, you're going to have to find another way this year.

For the last 20 years, Caldwell Transportation Company has taken skiers, snowboarders and tubers up Bogus Basin Road. But recently, they say ridership has dropped off enough that it won't be financially feasible for them to offer that service anymore.

Caldwell Transportation Company's general manager told KTVB on Thursday that where they used to take 10 to 12 buses a day up to Bogus and back down, the last two seasons it has dwindled to one or two a day.

RELATED: Grab your gear, Idaho ski resorts are opening up for the winter season

The resort is obviously disappointed in the decision and is looking into other options for those who are unable to drive themselves.

However, the announcement, made in late November by the bus company, came too late for management to solve the problem for this season.

"It is definitely something we are going to miss and something we are looking into various options to get back up and running," Nate Shake, director of mountain operations for Bogus Basin, said. "Maybe not this season, but in future seasons, public transportation is big on our minds."

Shake suggests a short-term solution of ride-sharing or carpooling to get up the hill, which would also help with overcrowded parking lots.

There were just three lifts running for Thursday, appropriately dubbed a "soft-opening" since there was powder everywhere. That's thanks to the mountain's new snow guns pumping continuously for 60 hours and kicking out 30 million gallons of man-made snow.

The whole mountain is expected to be open on Saturday, December 8.