How the pandemic is impacting another health crisis: opioid addiction

It's not just COVID-19, but also fentanyl contributing to an increase in drug overdose deaths in Colorado. 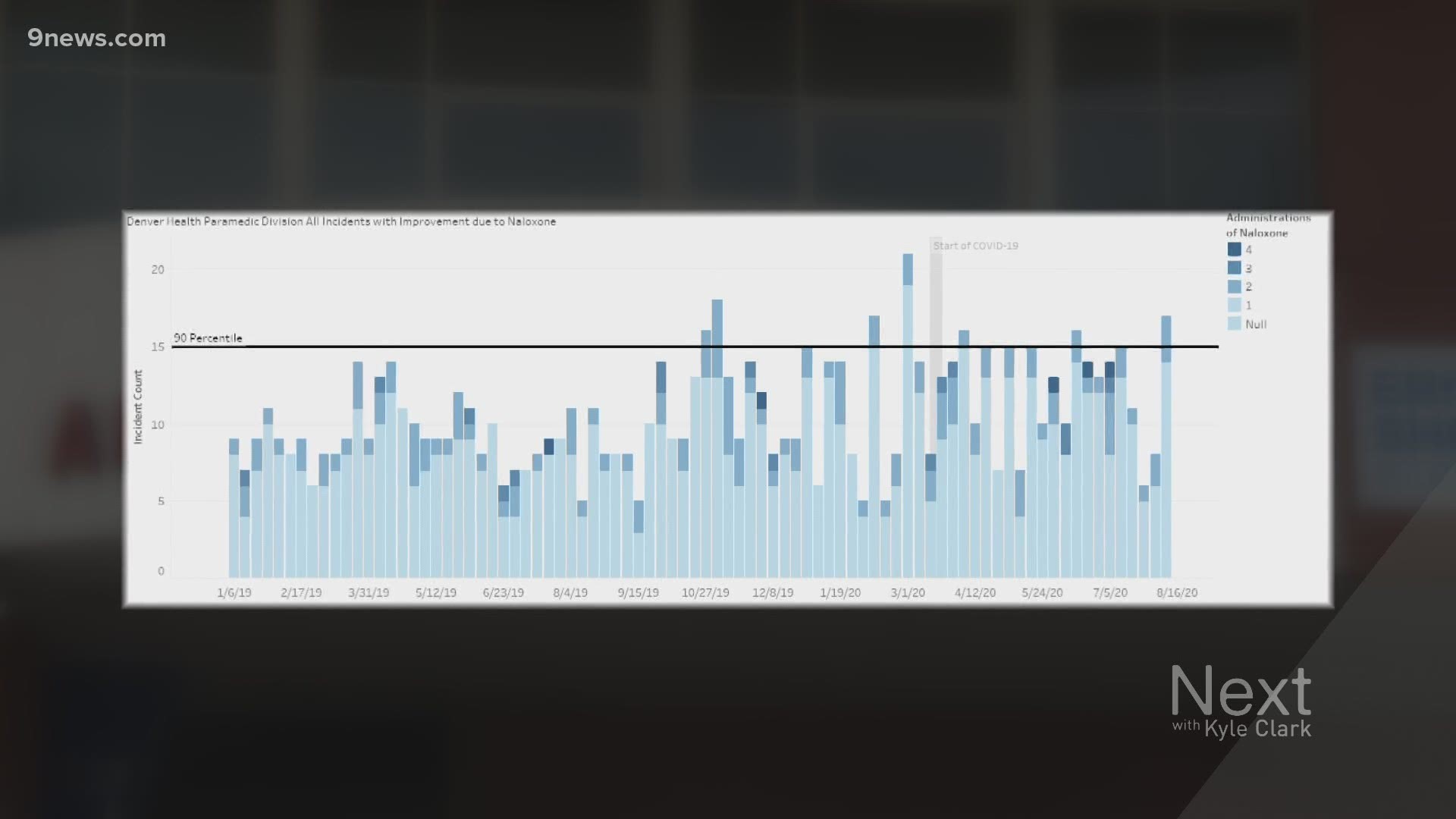 DENVER — As the pandemic continues so does another health crisis: opioid addiction.

"We are concerned 2020 will be the deadliest year again for drug overdoses, not only in Colorado but also in Denver," said Lisa Raville with the HARM Reduction Action Center.

Statistics from the Colorado Department of Public Health and Environment (CDPHE) show an increase in overdose deaths. In an e-mail CDPHE detailed the statistics writing:

This graph shows also shows the Denver Health Paramedics Division responded to more overdoses from the start of the pandemic through August 16 of 2020, compared to the same time frame last year. The numbers are in the graph are weekly.

Raville said there are a few reasons contributing to the increase:

"We are in the midst of a pandemic and overdose crisis," Raville said.

Another important element contributing to the problem is fentanyl that the City of Denver and Denver Police warned the public about again a month ago. Fentanyl is a powerful synthetic opioid.

Denver's coroner said between January and August of this year 68 people died from an overdose involving fentanyl. An increase from 25 duringg the same time period last year.

Dr. Rob Valuck, a drug addiction expert, said the same worrisome trend with fentanyl is showing up in other metro area counties too and agreed both fentanyl and the coronavirus pandemic are contributing to the issue.

"Due to COVID-19, isolation, and difficulties with getting treatment," Valuck said.

Valuck said treatment facilities have adapted to the new parameters in the pandemic.

He said the rules have changed, allowing some patients to start treatment via telehealth instead of in-person visits, and other facilities are practicing social distancing and wearing masks.

"We've been working hard for the last five or ten years to expand treatment," said Valuck. "Now are trying not to lose ground.'

That has been tricky, especially with massive state budget cuts.

Dr. Valuck did say legislators managed to preserve some key programs instead of cutting them, including one working on expanding access to treatment in rural Colorado.

He also said $175 million in federal dollars went towards behavioral health. That money helped groups on the front lines of the opioid crisis keep their doors open.