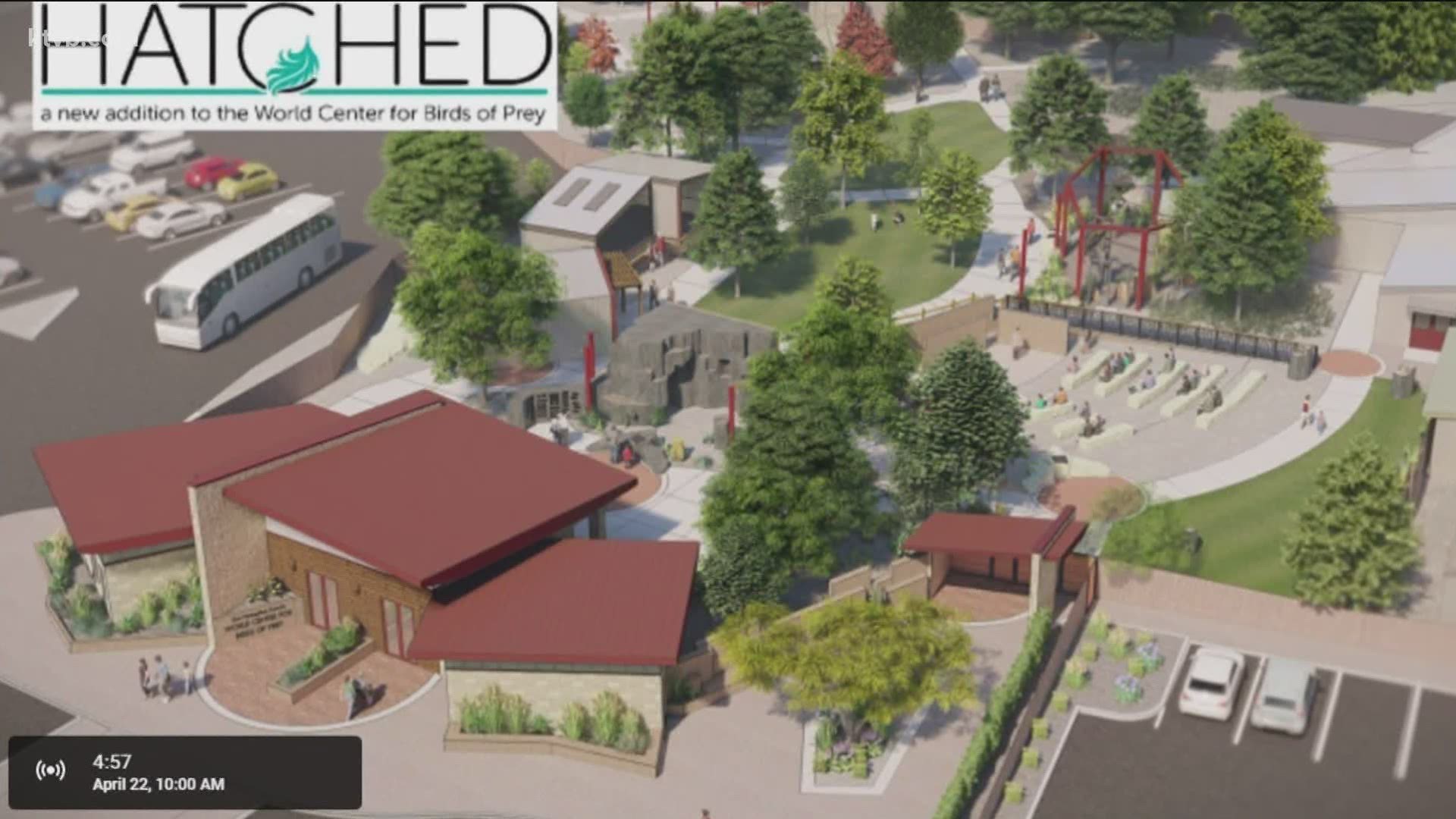 A project long in the making for the Peregrine Fund's World Center for Birds of Prey is about to hatch.

In February, the World Center launched a $3.2 million capital campaign that will greatly expand educational opportunities and exhibits at the interpretive center.

"Patricia and I are pleased to serve as co-chairs for the HATCHED capital campaign. What The Peregrine Fund is building in 2021 at the World Center for Birds of Prey is only the beginning of a significant, staged investment for the future of Idaho's children and families, and visitors from around the world" said Dirk Kempthorne. "We as a community are privileged to have this world-class education facility in our backyard that is committed to teaching science education and celebrating the unmatched wildlife and landscapes across our magnificent state."

Officials say HATCHED is needed to accommodate a 48 percent growth in visitors over a five-year period.

Since the center opened, over a million guests and approximately 500,000 children have visited. The design will double the capacity to serve students and the public (from 50,000 to 100,000 annual visitors) and create more STEM learning opportunities.

Construction will begin in July once their critically endangered California condor nestlings have fledged their nests.