New subdivision could be built in Boise Foothills

Colin Connell has filed paperwork with the City of Boise to build 30 new homes near the Quail Hollow Golf Course. 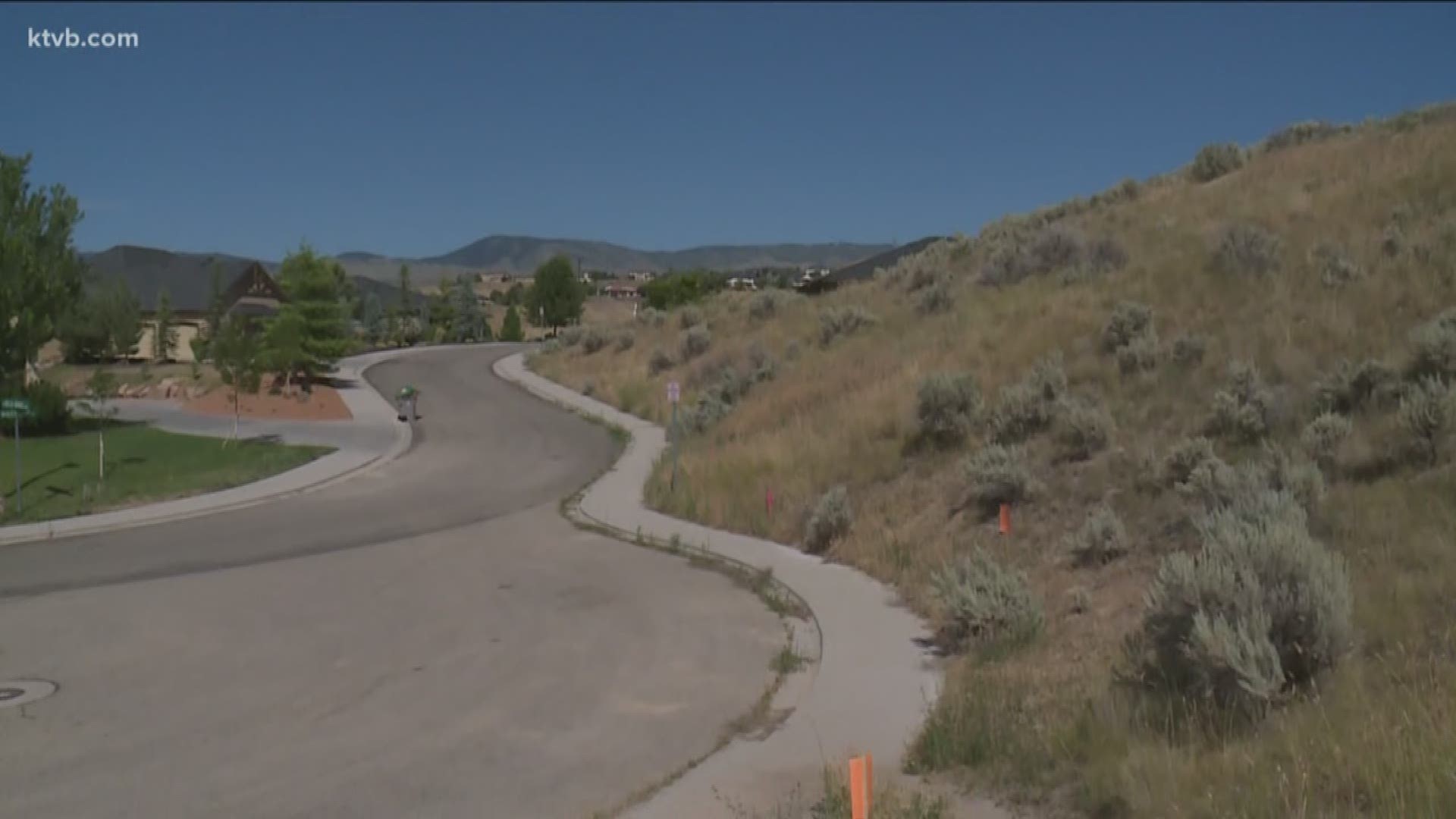 BOISE, Idaho — A possible new subdivision in the Boise Foothills is drawing a lot of attention.

Colin Connell has filed an application with the City of Boise to build the Eyrie Canyon subdivision in the central Foothills, close to the Hillside to Hollow Reserve.

The subdivision would sit above the Quail Hollow Golf Course, near Hillside Junior High School. It would be a private development, with a proposed access road coming off Winter Camp Drive.

The project would build 30 new homes on a 20-acre plot of private land.

Cody Riddle, deputy planner with the City of Boise, said the city just recently got an affidavit of interest for the proposed project so it's still in the very early stages.

“Certainly there’s a lot to be done before there’s any project approval at this point,” he said.

Some residents in the neighborhood have mixed feelings and some concerns about the project.

"I think that's an awful lot of houses in such a small space," said Roy Atkinson, who lives near the development. "We kind of moved out here to be in the quiet and it’s kind of becoming not that way.”

“Love the hiking out here so as long as it doesn’t impact that, or the driving, I guess it’s okay," said Erin Brown, another resident in the area. "I feel like I live out here, so other people probably want to live out here too.”

There would only be one access road, which would come off of Winter Camp Drive. There's some concern from residents about how crowded that could be and how it would affect any emergencies in the area.

“I just don’t see these two roads supporting all the traffic," Atkinson said. "I don’t know how many homes sites it is but it’s already getting bad. Our concern is probably emergency crew access up here with all these houses.”

“We don’t have access to Cartwright through the fire road so it can be a little challenging," Brown said. "We had a fire here several years back and it is a little scary when you have one exit, especially the golf course is super busy in the summer, so getting around all the parked cars at Quail Hollow can be a challenge.”

According to Riddle, fire and emergency crews as well as highway staff will all be looking at this project with city planning staff before any recommendations are made.

Riddle also said there are still several steps the process would have to go through before being approved.

“So they’ve requested a hillside development permit and then a preliminary plat for a subdivision," he said. "Both go to the planning and zoning commission first, the preliminary plat will ultimately go on to City Council for final approval.”

As part of the process for a development like this, the city is required to hold a public works session.

The session will be Aug. 8 at 3 p.m. in the Greenbelt and River Conference Rooms located on the third floor of Boise City Hall. The public will have a chance to ask questions of the applicant, city planning staff and city engineers.

A public hearing on the project for the public to comment will be held in September.

In 2017, there was a case where the same property owner as this case, Kipp Bedard, wanted to create a public road off 36th that would have gone across part of Quail Hollow Golf Course, which is city-owned.

Bedard claimed he had easement rights to it but the city challenged it and the case eventually went to the Idaho Supreme Court, which ruled in favor of the city and no public access road was built.

More details on the project application can be found on the city's website.