The Main Library on Capitol Boulevard has reached the point where it needs more space. New plans are in motion to build a completely new building. 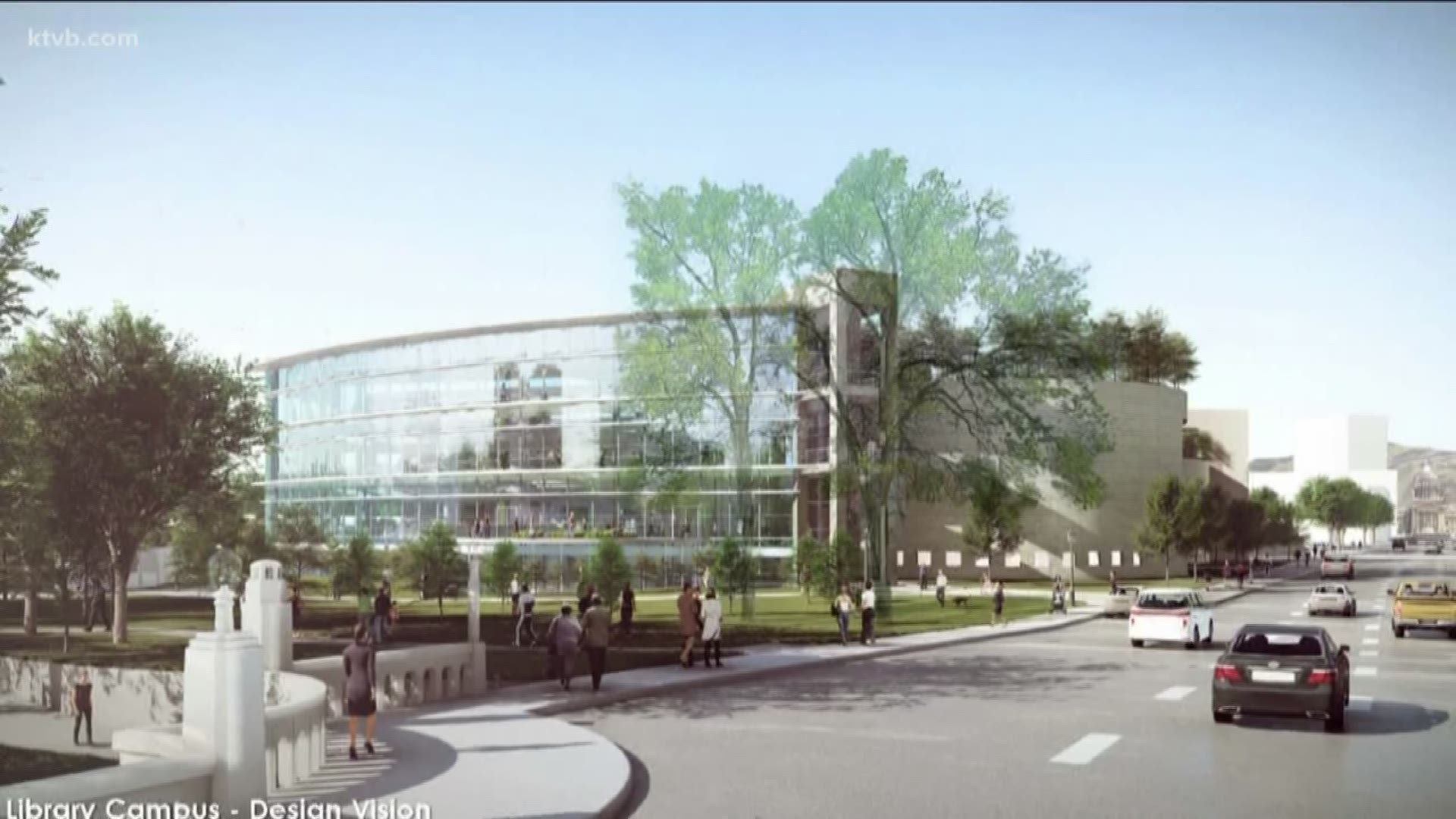 BOISE - Originally built as a warehouse, the Main Library on Capitol Boulevard in Boise has gone through growing pains over the years.

"We're hoppin' every day," said Sarah Kelley-Chase, public services manager at Boise Public Library. "We get about 4,000 visits in just this location, not including other branches on a daily basis so we could really use the space."

Kelley-Chase says the facility is pretty small and not as flexible as they need to be to keep up with the number of materials and new technology that's available.

Another reason this expansion is necessary - the immense growth of the City of Trees. They've finally come to the point where they need more space.

Over the course of the last four years the concept for a new Main Library and Center for Arts and History was born. The plan is to demolish what's on site now, and replace it with a four-story building with modern features.

"The lens wall, which is a four-story glass wall that faces the river, I think is going to be an incredible amenity for people visiting and people who already live here to be connected to the river."

By incorporating the river, the cultural district, transportation and new technology, they're hoping to make the Main Library the center of downtown Boise.

"The Mayor likes to call that area the 'mother ship' and really it is the mother ship of what matters in Boise in a really significant way," said Terri Schorzman, director of the City of Boise's Art and History Department.

1 / 8
Provided by City of Boise
Design concept for the new Boise Main Library.

The library currently has 102 parking spaces. The design goal includes parking for around 300 spaces. In order to reach this goal, the project team is trying to figure out a solution that includes both on and off-site parking.

Also in the plans for the new library, 22,000 square feet etched out for a Center for Arts and History.

"Because of that compatibility between that kind of intellectual work, and archives, and libraries and research, it's a great fit," Schorzman said.

This will give the department their first physical space to interact with the public.

The initial budget for the project is $80 to $85 million. The rendering and plans that have been released come to a total of $103 million.

Library officials say next, they'll do what's called value engineering to see where they can reduce costs and then determine the cost split between existing public funds, philanthropy, and long-term financing.