Some students had to decline their parents' offers of becoming their new roommates. 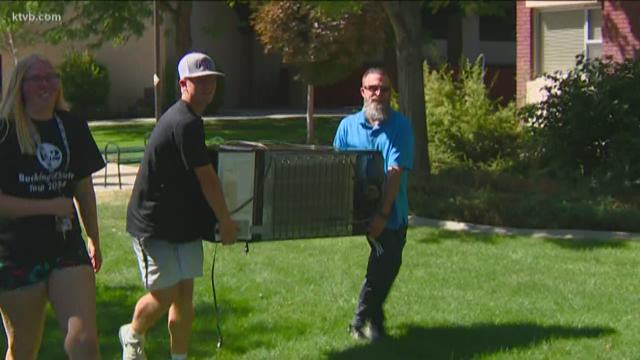 BOISE, Idaho — Friday was an exciting day for new Boise State University students but an emotional one for their parents.

Students who live on campus moved into their new dorm rooms and student housing on Friday before the Fall semester starts.

For some parents, like Micki Zander, are sending their first child off to college.

Zander said she had one last piece of advice for her daughter, Brooke, on move-in day.

"Call your parents. Check-in at least once a day, just so we know," she said.

Brooke did politely declined her mother's offer of becoming her new roommate.

Instead, the two will settle for daily phone calls.

Arik Mendoza of Hawaii was one of the thousands of other freshmen moving into their dorms on Friday.

Mendoza said he chose to attend Boise State because he's interested in walking on to the Bronco football program at some point.

His family flew to Boise from Maui to help him into his new dorm. For Mendoza and his mother, move-in day was emotional for both of them.

The last piece of advice Medoza's mother gave him was simple: "Go to class and study hard."

Friday was also move-in day at the College of Idaho and Northwest Nazarene University.