Dozens of neighbors gathered on State Street to walk back and forth across a crosswalk near the property, demonstrating their concern over the proposed move. 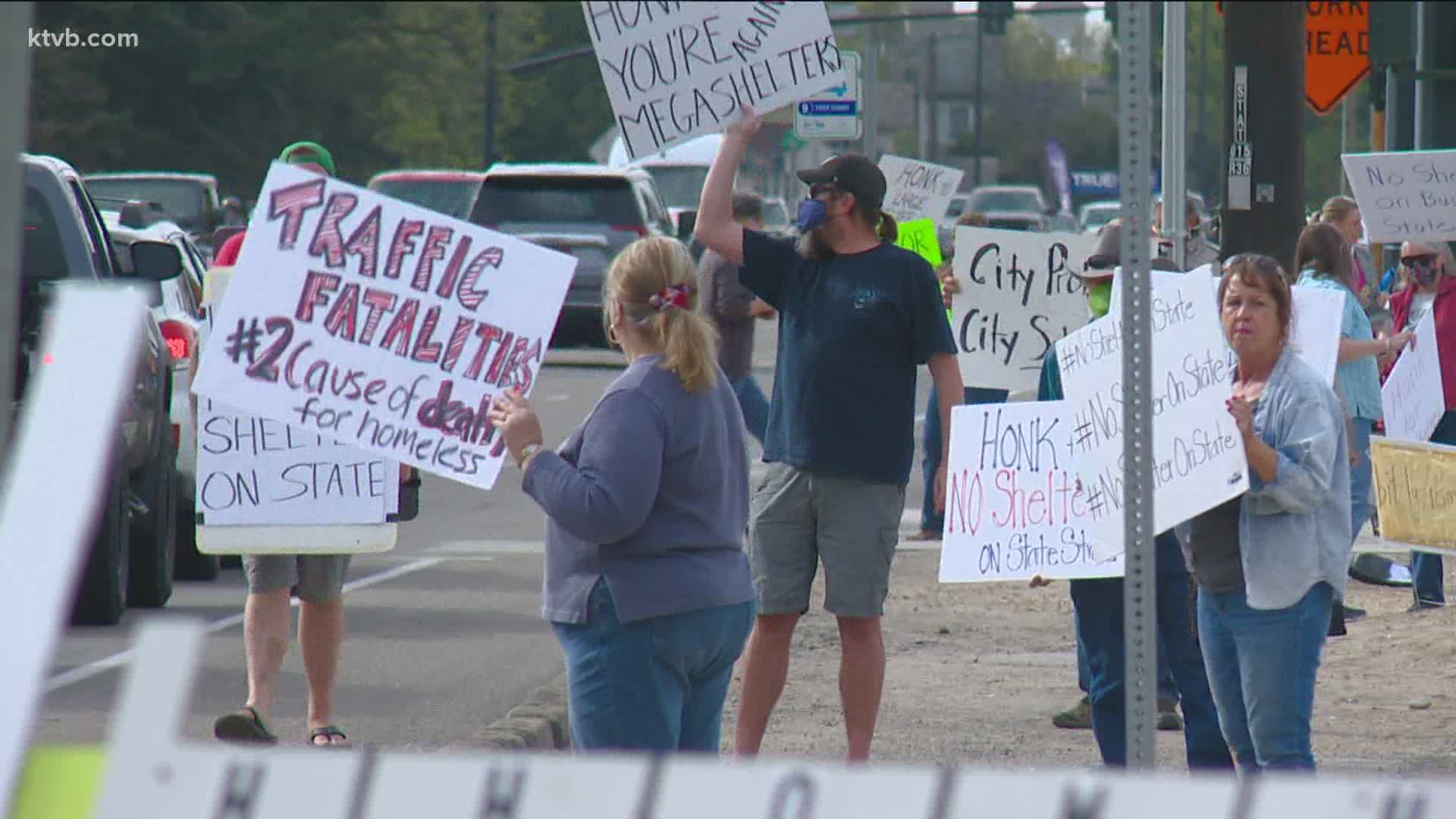 BOISE, Idaho — A group of Boise residents gathered in front of the old Salvation Army building on State Street Friday to protest the possibility of the Interfaith Sanctuary Homeless Shelter buying and refurbishing the property into a new shelter.

The shelter announced its plan to relocate the shelter in Downtown Boise to the more spacious old Salvation Army building in January. Since the intentions were made public, the move has been met with heavy opposition from those living in the neighborhood near the building.

The shelter was originally set to submit an application for the property to the city of Boise on Feb. 23 and close in March but decided to postpone the submission until an in-person open house could be held for those located within 300 feet of the property.

Now, Peterson-Stigers believes the application will be ready to submit to the city by April 27.

On Friday, several dozen neighbors gathered on State Street to walk back and forth across a crosswalk near the shelter, demonstrating their concern over the proposed move.

"We found that the number two cause of death among homeless people is traffic fatalities," neighbor Bobbie Aitchison said. "And we believe State Street is very dangerous."

In an effort to raise awareness, neighbors like Aitchison took to the street to illustrate what increased traffic would look like.

Aitchison believes good sheltering is 30 to 40 people in wide residential buffering, meaning the shelter is at least 300 feet away from neighbors, offers a short time of stay, and congregates similar people together.

"You can't house or shelter your way out of addiction or mental illness," one neighbor said. "The problem is the shelter. They don't have the expertise to be able to handle the issues that we are seeing with our homeless population."

Although Interfaith will soon complete the first step in the official process to relocate, the deal is far from done.

"Our application is definitely going to be done and ready to submit on Tuesday, April 27," Peterson-Stigers said. "It's a forward motion, you know? You have to keep on moving forward to make great things happen and sometimes you have to bust through some walls and things like that, but yes, every step forward brings more hope."

What was intended to be several meetings full of constructive dialogue between those opposed and in favor has turned into a nearly four-month-long controversy, according to Peterson-Stigers.

"The problem with this location that Jodi can't change is that it's right up against neighbors on two sides," Aitchison said. "We welcome the first step in this process because so far, it feels like Interfaith has done less to listen and more to try to convince and so we feel like we have hit a brick wall."

Interfaith is set to close on the building on Monday and submit their application to the city on Tuesday.