What were supposed to be comments from citizens soon turned into shouting as those who oppose the project made their voices heard. 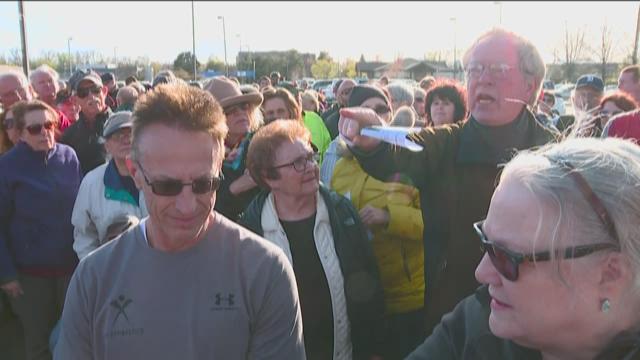 BOISE - The simmering over the proposed downtown Boise stadium came to a boil Tuesday night as the developer listened to public comment at a neighborhood meeting.

What was supposed to be comments from citizens soon turned into shouting as those who oppose the project made their voices heard.

A majority of the crowd had plenty of questions and reasons why they are opposed to the stadium ranging from traffic concerns, placement issues and funding.

"I certainly wouldn't mind nearly as much if there wasn't any public Boise funds going into it," said Boise resident Erik Berg.

MORE: Plan A for Downtown Boise Sports Park back on

The developer, Greenstone Properties, says when it comes to location, the Americana Boulevard and Shoreline Drive area is the perfect place when compared to other locations.

"We think it's the right size, it provides the opportunity to do a mixture of uses in the urban core, and third you already have in place pedestrian infrastructure and bike infrastructure," said Geoffrey Wardle, a representative for Greenstone Properties.

Wardle also says they have ways to work through the concerns residents have.

"People can be afraid of change, people can be afraid of the unknown," Wardle said. "You need to have it in a place where it can be vibrant, where it can be a catalyst for other development. You heard a very loud segment of the community tonight but there's also a pretty loud segment that we've heard from that are supportive of these types of economic development dollars."

There were a few people who support the proposed stadium, but they did not want to go on camera.

As far as the effectiveness of this neighborhood meeting, many people said they didn't really gain anything from it and they were frustrated with the fact that there weren't any microphones.

Wardle says the developer will submit a rezoning application by the end of the month that has to go through Planning and Zoning.