Morrison-Knudsen re-engineered and converted two oil tankers into hospital ships that were deployed during the initial stages of the coronavirus pandemic. 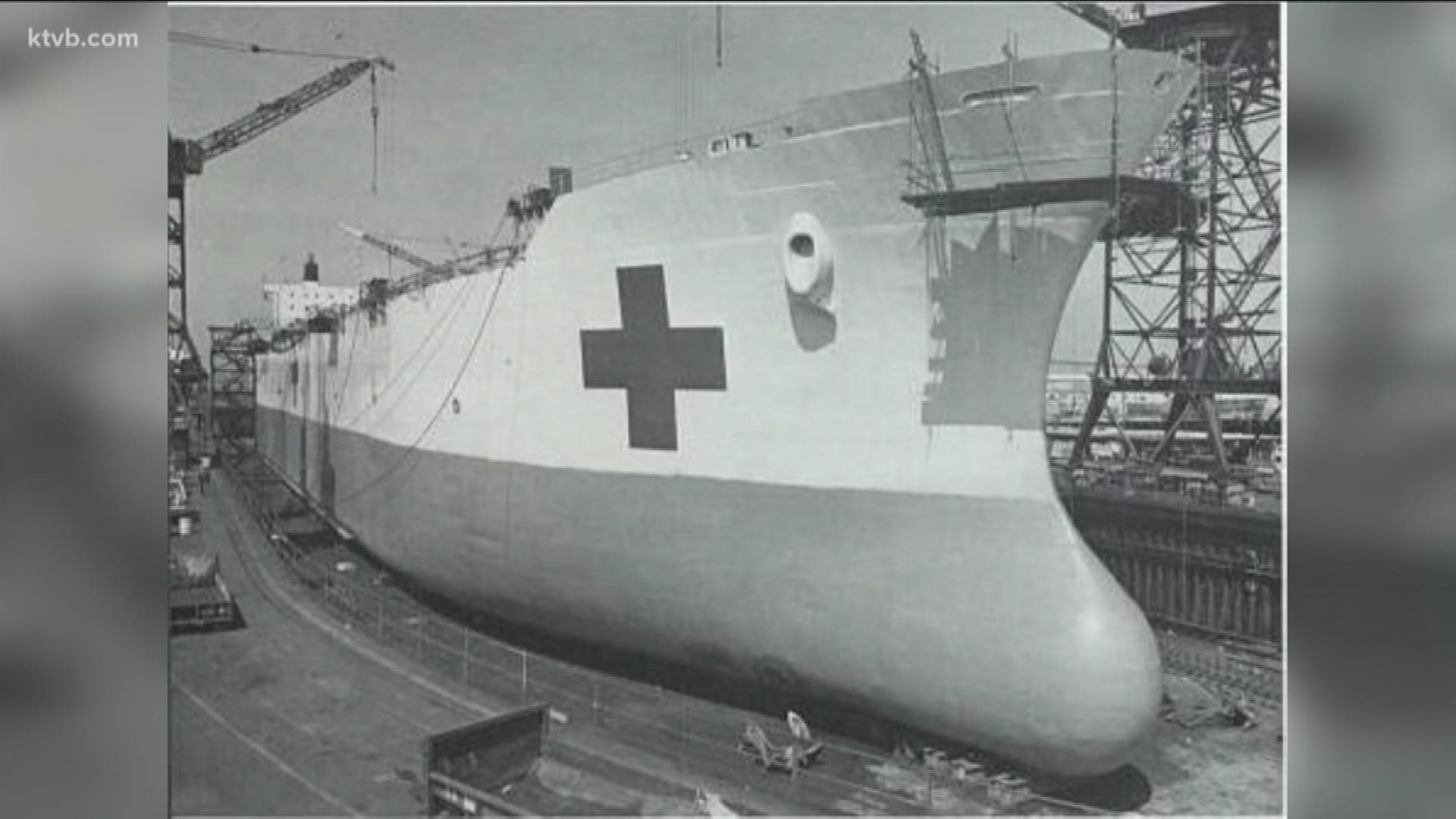 BOISE, Idaho — One of the most memorable moments of America's medical response to the coronavirus pandemic was the two Navy medical ships being deployed to New York City and Los Angeles to serve those regions during the initial stages of the crisis when hospital beds and supplies were in short demand.

The two ships - the USNS Comfort and the USNS Mercy - were former oil tankers re-engineered and converted into floating state-of-the-art hospitals by then-Boise-based Morrison-Knudsen Engineering.

MK's team completed the work on the $341 million conversion project in 1986.

"A lot of pride," former MK president Steve Hanks said about that project. "Deeply embedded in the MK culture was the desire to serve US military operations around the world."

Hanks told KTVB on Monday that the project was unique because of its "humanitarian element."

"It was a kind of MK job," he explained. "One that would be very difficult to do and that was a sort of MK signature. It there was a job that was hugely difficult to do, big industry and governments would turn to to get it done."

The Mercy and Comfort have both recently returned to their respective home ports in San Diego and Norfolk, Virginia, where they will remain until their next assignment.

As for Morrison-Knudsen, the civil engineering firm was merged acquired by Washington Group in the late 1990s. After more than a century in Idaho, the last positions in Boise were gone by 2015.

But the company's legacy lives on throughout the state and the nation, with major projects like the Hoover Dam, the Bay Bridge, and the Kennedy Space Center.

Local landmarks are also carrying on that legacy.

"There are a lot of good people who remember what Morrison-Knudsen meant," Hanks said. "You've got the Ann Morrison Park and the Velma Morrison Performing Arts Center and the [Morrison Knudsen] Foundation today is still there giving and it's significant."