Survey: 91% of daycare centers are understaffed

The average wage for daycare workers in Idaho is $10.38 per hour. At that wage, Idaho daycare centers are struggling to fill vacancies. 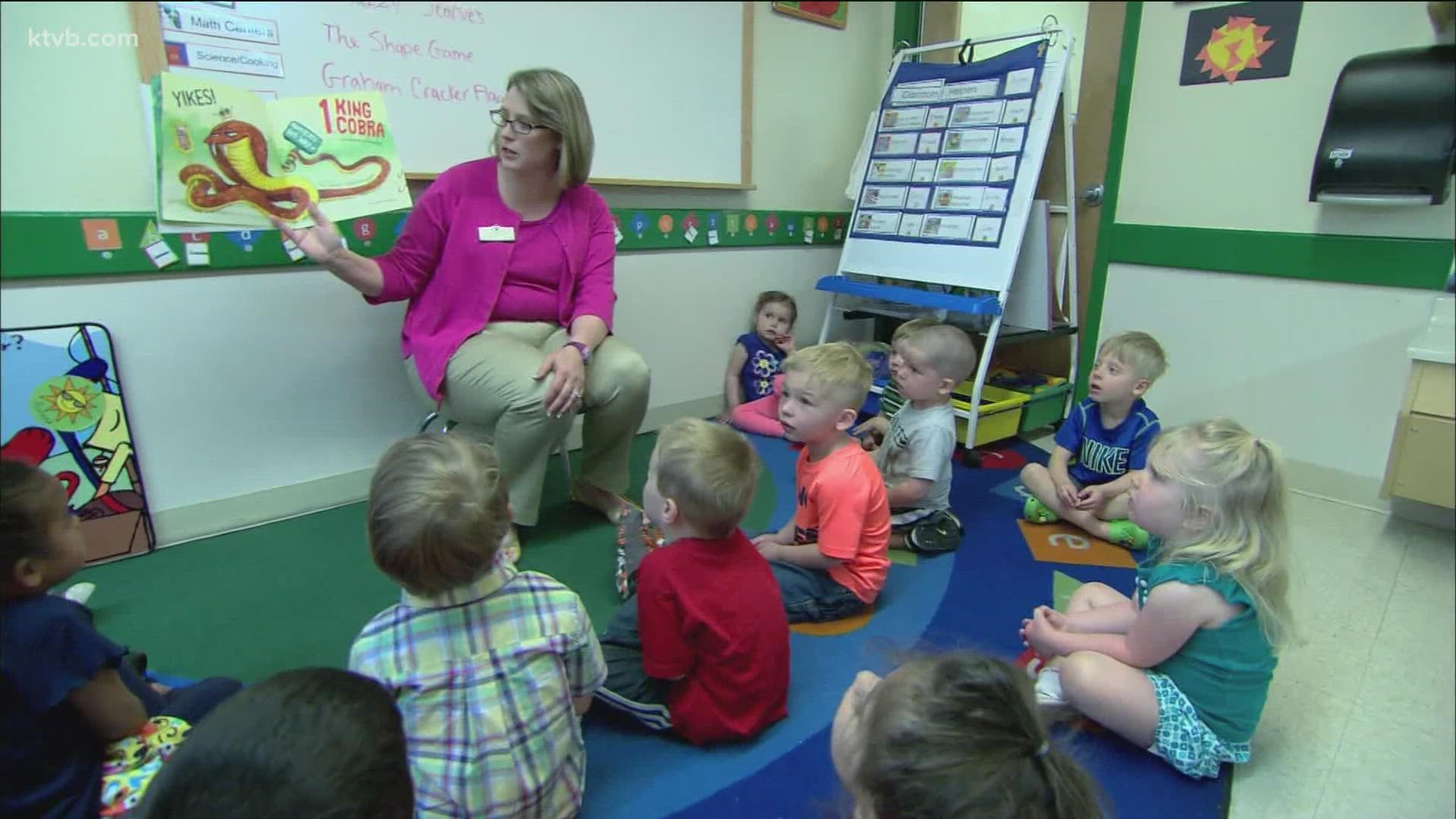 BOISE, Idaho — Staffing shortages and low wages are impacting daycares across the country and in the Gem State. According to a recent survey by the National Associations for the Education of Young Children, 91% of child care centers are experiencing staffing shortages and 84% of child care centers say low wages make it difficult to recruit workers.

"The early childhood professionals that make up Idaho's child care system are the backbone of our workforce and economy, yet they are some of the lowest-paid workers in our state with a median wage of just $10.38 per hour,” Beth Oppenheimer, the executive director of the Idaho Association for the Education of Young Children, said in a press release.

The combination of these factors has been plaguing centers like the Ten Mile Community Church Daycare for almost a whole year now.

“There is a real crisis in childcare,” Daycare Director Lisa Martello said. “In the last three months, I've received five applications and out of that, one showed up for an interview.”

Martello said she pays over the median wage, but that’s still not enough for the daycare to be competitive with other wages in transferable fields.

“Many of our staff has gone to go work at the hospital. And many of those that we have hired, they just don’t stick around,” Martello said.

The Ten Mile Community Church Daycare has ten full-time employees, according to Martello. With four of the positions left vacant, the daycare enrollment is at 60% of its maximum capacity.

The daycare has had to turn families in need away as result, which is a story all too familiar for Jadie Koehler, who is the mother of a one-and-a-half-year-old boy.

Koehler and her family recently moved from Boise to Kuna and said she started looking for a Kuna daycare as far back as April.

“It’s been really difficult,” Koehler said. “I’m on every single waitlist for every single daycare facility or preschool facility in Kuna and south Meridian.”

Koehler said she has not gotten into any of them yet.

“I can tell there's definitely not enough teachers. But they're amazing and do the best they can. All we can do is support them and help them,” Koehler said.

A potential solution is to pay higher wages, according to Koehler. However, Martello said that would also lead to an increase in tuition and rates.

“We're trying to do everything we can not to [increase rates]. With housing going up and the cost of living going up in Idaho, ya know, it's just one more string for parents and we worry about the impact on the families. What are they going to have to give up?” Martello said.

But for skilled workers in a high-demand job, something has got to give. The job market has made it clear – the value of this labor is higher than the market is currently paying.

“These are skilled workers that are licensed, and many obtain ongoing training and certifications, but there is little incentive for them to remain in the industry that cannot pay them a living wage,” Oppenheimer said.