As of Wednesday, there were more than 120 large wildfires burning across the landscape, according to NIFC. 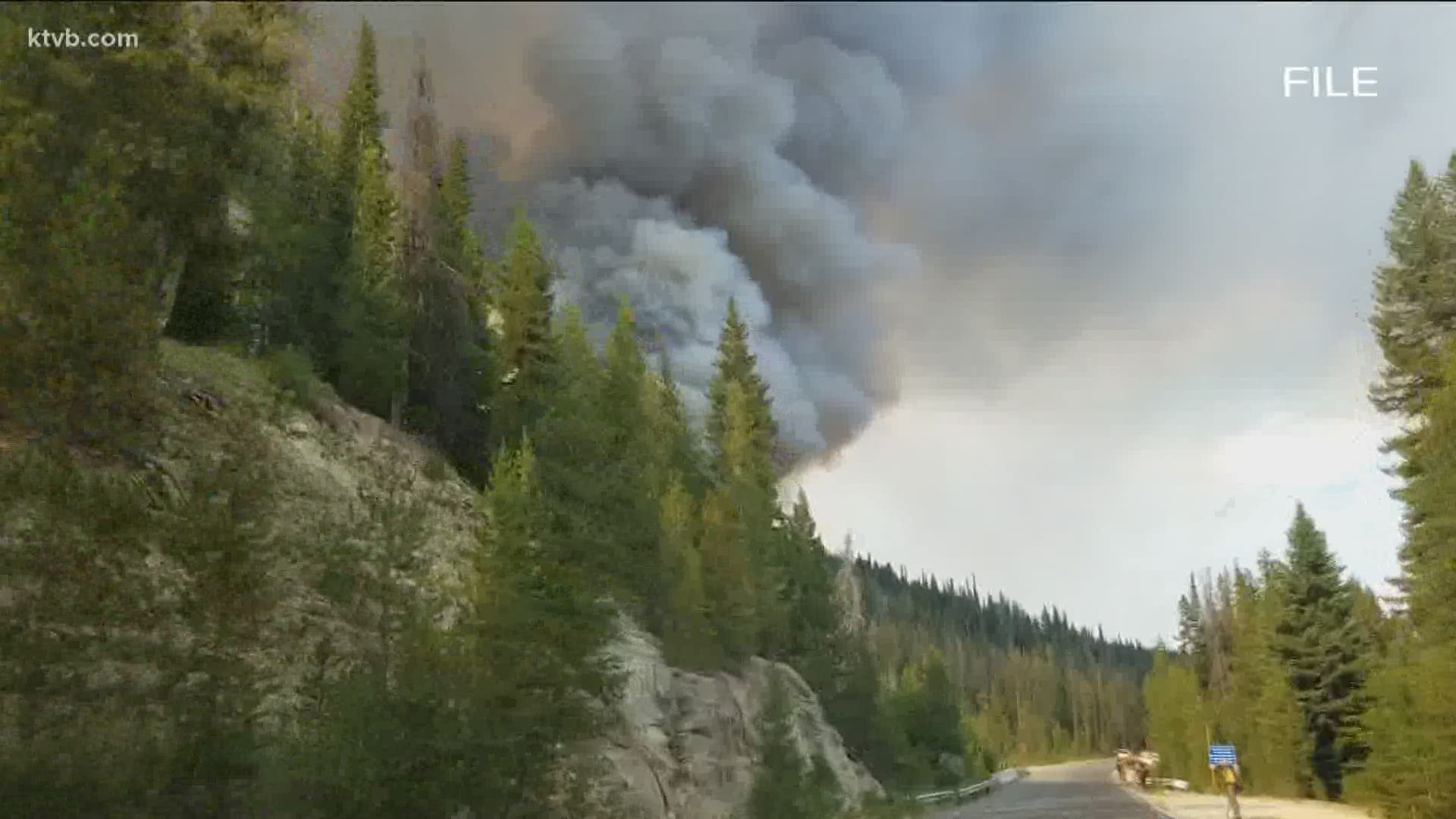 BOISE, Idaho — Over 120 large wildfires and hundreds of smaller fires are burning across the West Coast landscape, according to the National Interagency Fire Center (NIFC).

Because of the fires, the agency has to be very strategic about where they place resources like tankers, large helicopters and hotshot crews, according to NIFC spokesperson Jessica Gardetto.

“While these large fires in California are requiring a lot of resources, thankfully we have a lot of partners that we work with," Gardetto said. "Cal Fire has a state firefighting agency, they're responding to a lot of these fires, but we're also having to be very strategic about where we place these most important resources especially in places like Idaho where we have people's homes and cabins threatened and people are very concerned about fires threatening their homes right now."

The firefight comes as crews are not only battling fires but also battling the threat of COVID-19.

To keep themselves protected from the virus, firefighters are taking extra precautions like wearing masks. They are also holding virtual fire briefings when possible and operating as family units to reduce exposure.

Firefighters are also not allowed to congregate in large fire camps as they would have in past years.

About 87% of all wildfires are caused by humans, according to Gardetto. To limit the number of wildfires burning this year, NIFC is asking people to be extra cautious and to follow fire safety tips.