Shasta Groene and her sons were found safe Saturday evening, according to tweets by Nampa Police. 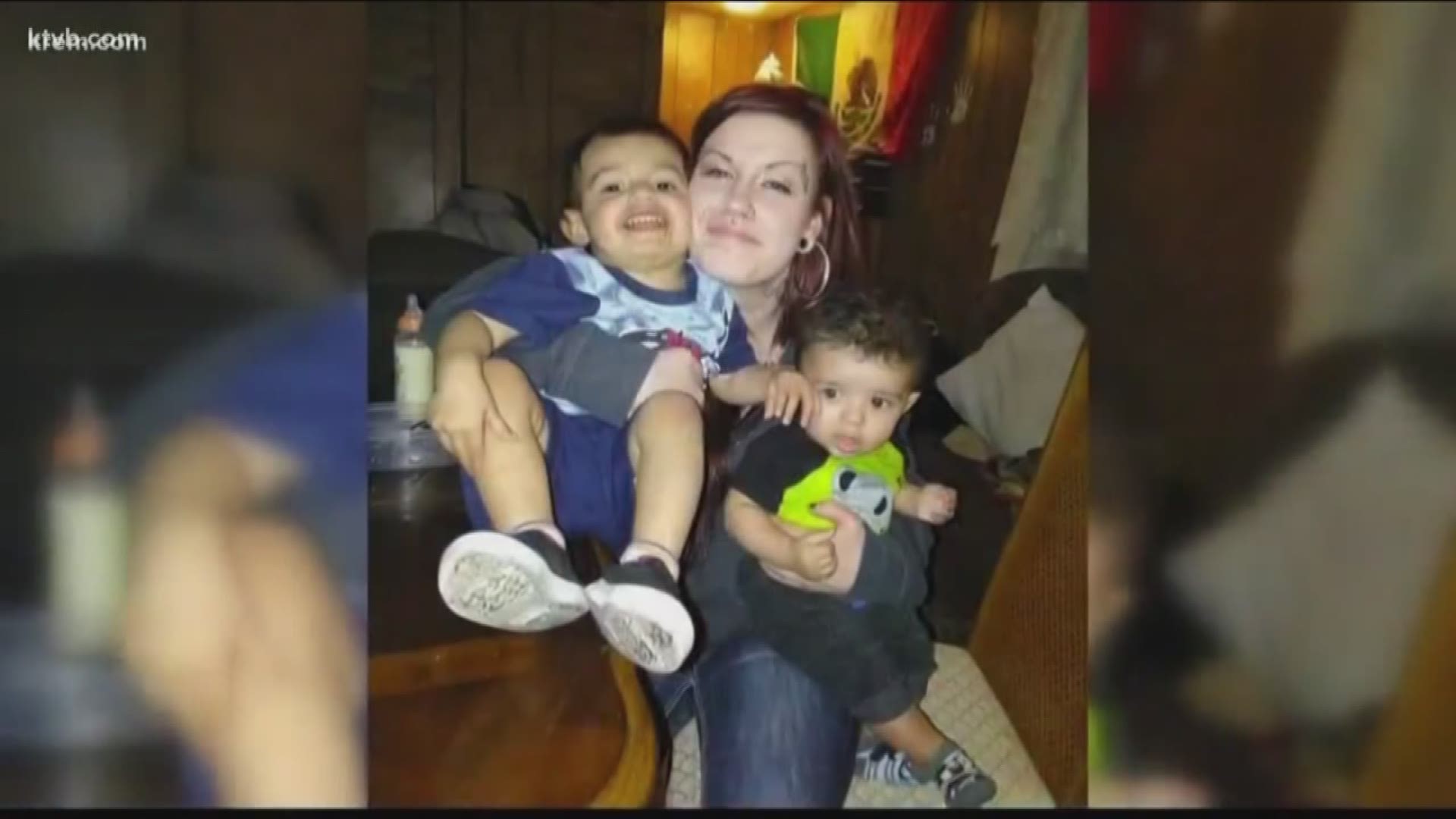 NAMPA, Idaho — Update: Nampa Police tweeted out that they had found Shasta Groene and her children safe at about 6:30 p.m.

They did not mention where the family was found and stated that they will not be releasing further information.

Nampa Police are searching for Shasta Groene and her two sons that were last seen at a Walmart on 12th Avenue in Nampa, between 3 and 5 p.m. Friday.

She is 22, with a two-year-old son, Lorenzo and one-year-old Omari. Both boys have brown hair and brown eyes.

Groene is 5 feet, five inches tall, with red hair, and green eyes. She has 'Fear God' tattooed above her left eye and 'Midnight' above her right eye. She also has a small cross tattooed under her right eye and an Oakland Raiders logo on the left side of her neck.

MORE: Shasta Groene shares her journey as a survivor

Groene was the lone survivor of a series of gruesome crimes, including the horrific killings of her mother, Brenda Groene, an older brother, Slade Groene, and her mother's boyfriend, Mark McKenzie, in 2005 in Coeur d'Alene at the hands of Joseph Duncan.

Duncan also kidnapped her and her brother, Dylan, and took them into the Idaho forest, where he kept them for weeks. He would kill Dylan, and sexually assaulted both siblings while keeping them captive.

Shasta Groene was eight years old at the time.