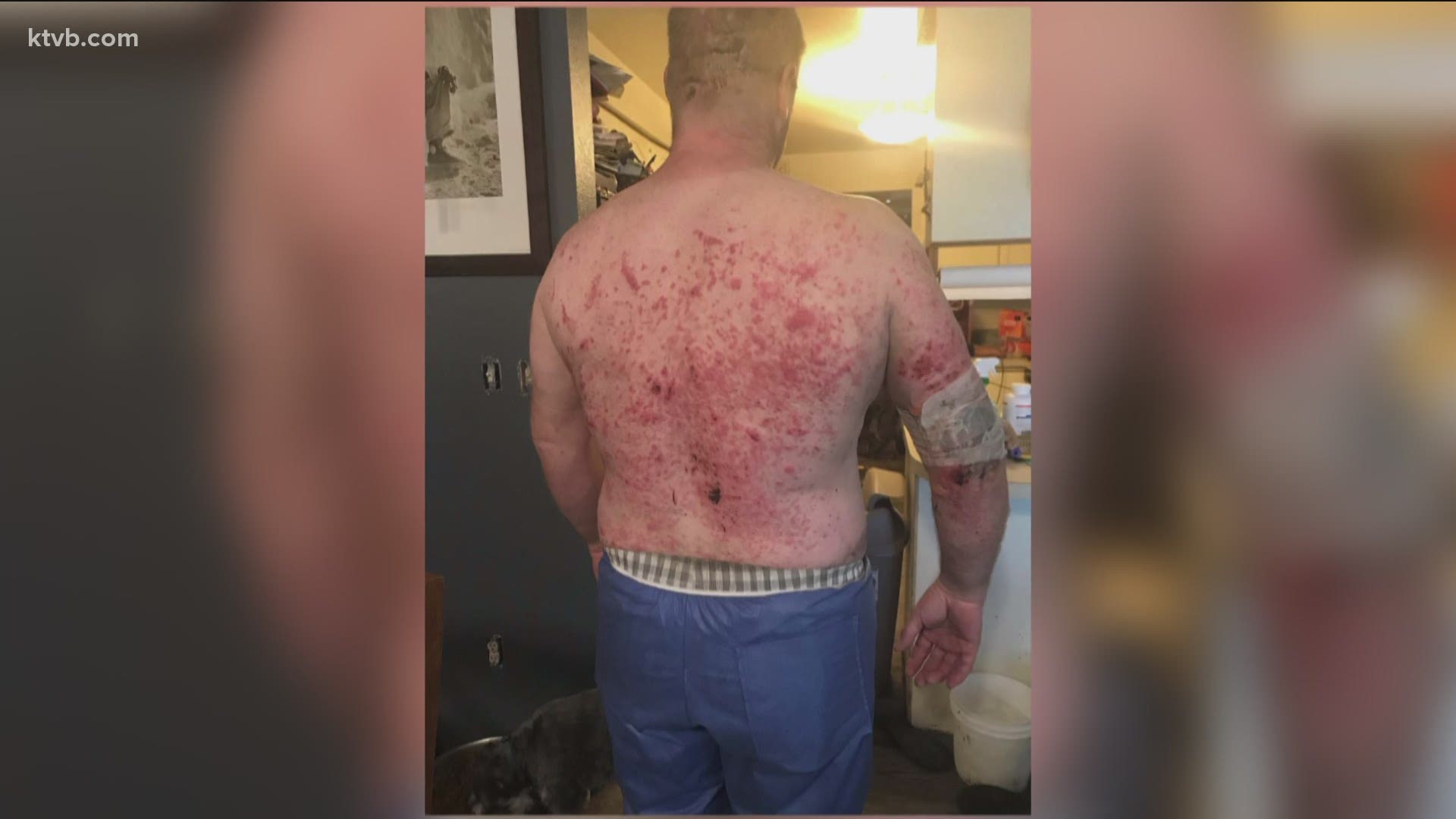 BOISE, Idaho — Last Monday, William McMilian was called into work at Amalgamated Sugar in Nampa. He and several others were tasked with un-clogging a steam dryer.

"We pulled the doors open on it and we were into it about 30 or 45 minutes in and then it just exploded," McMilian recalled. "There were a few of us up there, it actually pinned me up against the handrail and burnt my arm and back pretty bad and the back of my head. I had to jump over some handrail to get out of there."

McMilian said his coworkers working alongside him were also hurt.

McMilian was the only employee sent to the hospital.

McMilian was wearing protective gear at the time of the explosion but it didn't do much good.

"We were wearing coveralls and some hats and then a thin little sock over your head, but it actually blew that hat and sock off of my head and out the doorway when that thing went off," McMilian said.

McMilian is going to a wound clinic and to his normal doctor once a week. His wife changes his bandages three times per day.

He said he knows his job is dangerous but never in his 20 years of working at Amalgamated Sugar has there been an incident like this.

"I guess it is a dangerous place to work but I didn't really realize the magnitude of that."

Workers' Compensation Insurance is covering McMilian's medical care and time off while he recovers.

KTVB reached out to Amalgamated Sugar to find out what caused the explosion and if anything is being done to ensure this never happens again.

"Employee safety is Amalgamated Sugar's highest priority. We are continuing our internal investigation and we are fully cooperating with OSHA's investigation. When these investigations are complete, we would be happy to provide further comments as appropriate."