Nampa looking for crow patrol volunteers ahead of annual invasion

With upwards of 10,000 crows expected to converge on Nampa in the coming weeks, city leaders are looking for help dealing with the unwanted visitors. 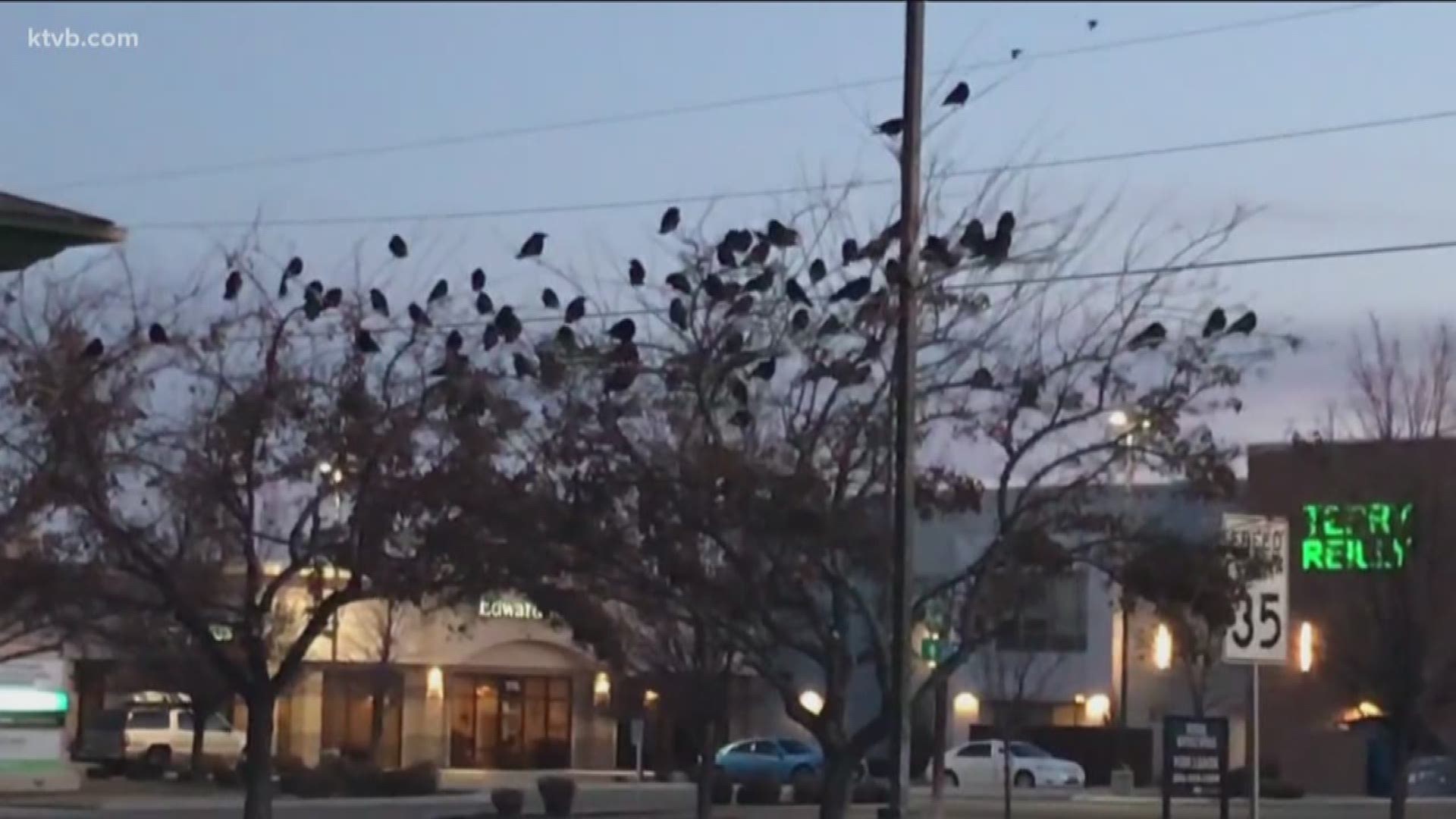 NAMPA — Fall is just around the corner, but in Nampa there is more than just the change of season to prepare for. Thousands of crows will soon show up for their annual visit, staying for months.

The birds are not a charming addition to the city either - they're messy and their droppings create a public health hazard.

So this year, the city leaders are planning ahead, and looking for volunteers to help deal with the unwanted visitors.

"If there is any truth to the saying it takes an entire village to raise a child, then it must take an entire town to manage a crow population," said Nampa Chief of Staff Robert Sanchez.

Sanchez expects upwards of 10,000 crows converging on the city, starting in the next week or two.

More than a simple annoyance, the crows also create a mess.

"Their droppings could potentially pose a health hazard if its allowed to accumulate," Sanchez said.

And aside from a nasty public health hazard, the crows can cause structural damage as well.

"You may have a thousand crows in a tree, and it can result in broken branches which could injure a person, it could do damage to a car or a structure," Sanchez said.

In an attempt to mitigate the problems caused by the birds, the city is calling all volunteers. According to Sanchez, some volunteers will be in a mobile unit, with one person recording data of where and what time the crows come to roost at night, while another person will displace the birds.

"Another person, their job is to use some of the handheld devices, whether its a noise maker, and for those that are trained, because we do train volunteers, we will equip them with handheld lasers to displace the crows," Sanchez said.

Because the birds are protected by the federal Migratory Bird Treaty Act, the city's plans are non-lethal.

The city is also looking for volunteers to help create a sanctuary where the birds can live without causing problems.

"We can put in made made features along with natural features in a habitat that will allow crows to exist there and roost there," Sanchez said. "These are non lethal approaches."

If stalking and scaring away crows is not your thing, the city is also looking for volunteers to help with staffing informational booths and educating the community about the issue.

If you are interested in volunteering, contact Sanchez by calling (208) 468-5411 or email sanchezb@cityofnampa.us. You can find out more about the city's crow management plans here.