The Nampa United Church of Christ voted unanimously to fly the Pride flag during the month of June. 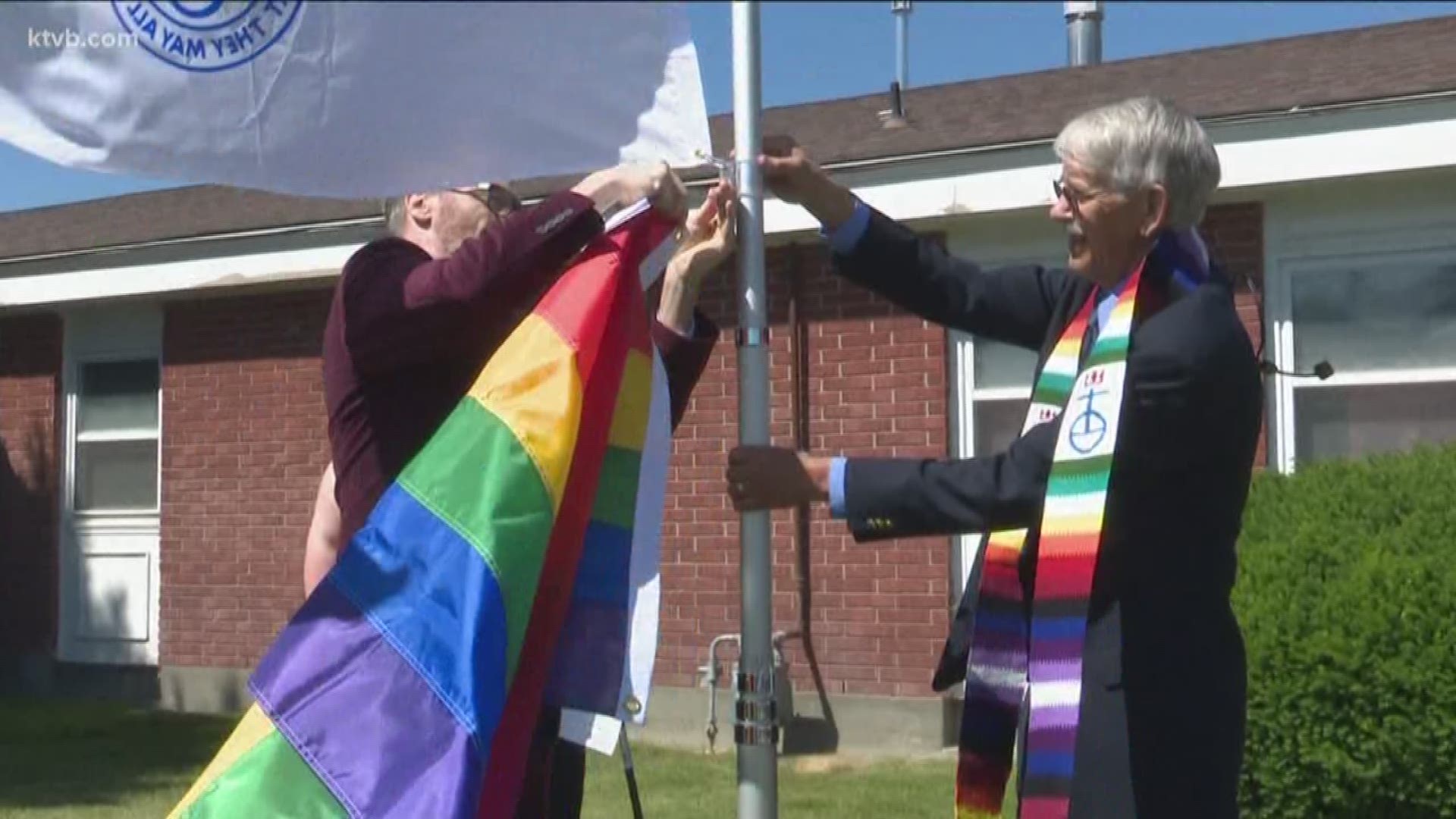 NAMPA- With Pride Month just around the corner you can expect to see more rainbow flags on display, but one place flying a colorful flag might surprise you: a church in Nampa.

The Nampa United Church of Christ voted unanimously to fly the pride flag during pride month.

They want to show the LGBTQ community they are welcome at the church.

Sunday after the service, they held a ceremony to raise the Pride flag and a flag representing their church. Both flags are on display side-by-side in front of the building.

The pastor of the church, Chi Morgan, says it's something they need to do because it aligns with the church's mission.

"Raising the flag is very important because it's a very visible sign that this church, this community accepts all people the LGBTQ community," he said. "As well as those people of different race and different color of skin, different religions even. We are accepting of all because we are all one people."

The church describes itself as progressive, open and affirming. Members promote acceptance and equality. They want people who feel alone to know they are here to support them.

"Pride is about accepting who you are and believing in yourself," Decon Brendon Slater said. "We as a church we believe in you we are here for you. "

So far they say they haven't received any negative feedback. They hope to inspire other churches to do the same.

The Pride flag at Nampa United Church of Christ will fly for the month of June.