The Friends of Murgoitio Park say it's illegal for the City of Boise to make the 160-acre plot of land for residential use. 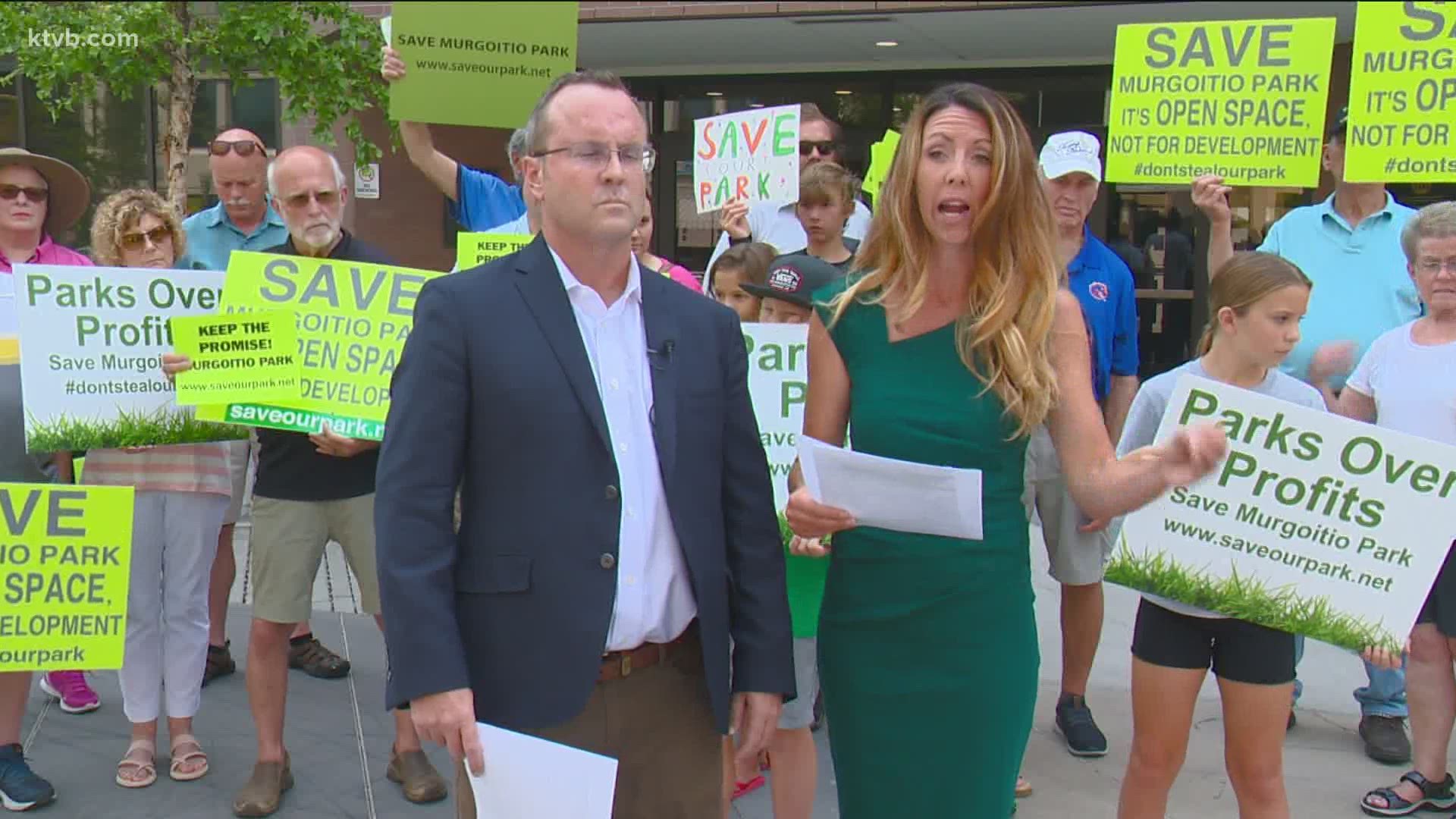 BOISE, Idaho — The Friends of Murgoitio Park group held a protest outside Boise City Hall on Monday to defend the proposed construction of a park on the land. Protestors claim the plot of land cannot legally be used for residential purposes, which is the current plan for the city of Boise.

The location is a 160-acre plot of undeveloped land in southwest Boise near the airport. The city bought the land 25 years ago with the intention of turning it into a park.

Boise's priorities, however, have changed since then. Housing continues to be a top priority, according to Boise Mayor Lauren McLean; therefore, the city hopes to use the open land for more housing.

Despite these plans, Friends of Murgoitio Park claims the city has no other option but to use that land for a park.

The City of Boise previously tried to trade the property with local developer Harris Ranch for land in the Foothills, but that deal fell through as the two plots were not of similar value. State law says this is a necessity for the municipality to legally trade land.

"From day one, it was acquired by federal funding and the restrictions were placed on the property and it was designated to be a park.  All one in the same," protester David King said. "It can't be housing, it can't be residential, it can't be industrial. It can't be commercial. It can only be a park."

The City of Boise's website shows a current plan in the works to annex the property over the next month. The following statement was issued in response to the proposed use of the land:

There is a Declaration of Restrictive Covenants (held by the City of Boise by and through its Department of Aviation) that currently restricts residential development on the Murgoitio parcel. The city is seeking to consult with outside legal counsel with FAA expertise to better understand how that impacts the site.

The next meeting is scheduled for August 9, 2021, and public comments are due by August 5, 2021. The Planning and Zooming Commission will meet to discuss annexation and land use map amendment applications.