Injured hunter carried out of Idaho backcountry by mule

"The gentleman we rescued was a little bit frustrated we didn't have more resources because he's from the East," Dr. Danny Griffis said. 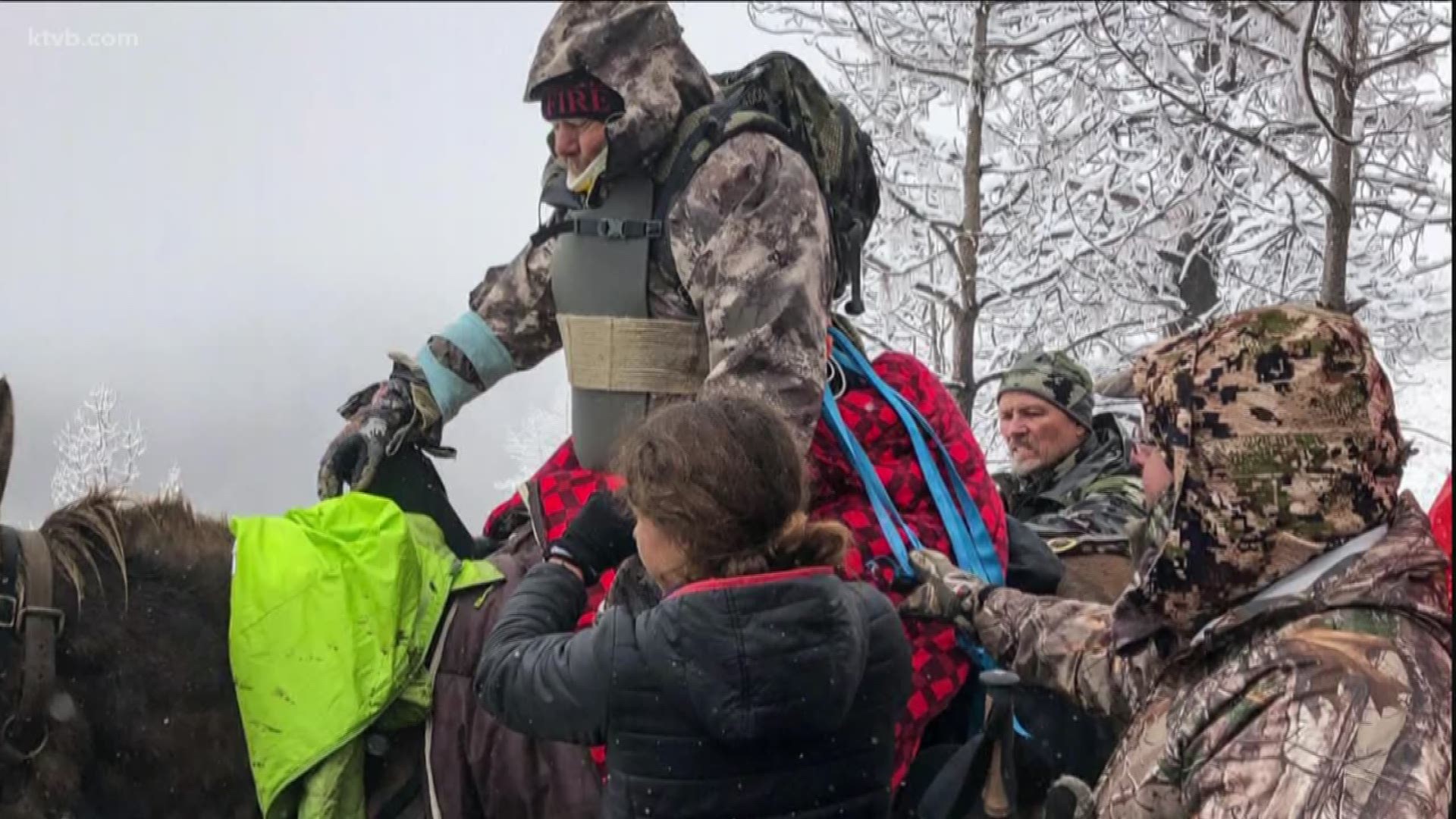 IDAHO COUNTY, Idaho — In the early hours of Sunday morning, Dr. Danny Griffis got a call from the Idaho County Sheriff's Office.

They needed his help rescuing 62-year-old Jeff Harrison, who was elk hunting with a friend and a guide in a remote mountain area above the Salmon River.

"He had gotten thrown from the mule and came down to a log on the ground," Dr. Griffis said.

Harrison had broken ribs, spinal fractures, internal bleeding, and damage to his lungs.

He was able to call for help from a satellite phone but there was a problem.

"There was no chance that anyone was going to be able to fly out that day because of the snow level and the cloud cover was so thick," Dr. Griffis said.

Instead, Dr. Griffis, Darwin Vander Esch, who is the father of former Boise State and current Dallas Cowboys linebacker Leighton Vander Esch, and other responders mounted mules and horses, then rode three hours into the mountains to reach Harrison.

"We were able to build a little brace to stabilize his torso well enough to get him onto a mule," Dr. Griffis said. "We had given him some mild sedation and pain medication, and so a lot of it was trying to keep him upright on the animal."

The search and rescue crew had to hold Harrison upright with ropes.

The unconventional rescue was a first for Dr. Griffis and an unnerving experience for Harrison.

"The gentleman we rescued was a little bit frustrated we didn't have more resources because he's from the East," Dr. Griffis said. "I think the limitations of rural Idaho may have been a little frustrating for him and his family."

Rescuers successfully hauled Harrison back to the Patrick Butte trailhead where he was transported by ambulance to the hospital.