'Every day was a new adventure with her': Valley County man reacts to mountain lion attack that killed his dog 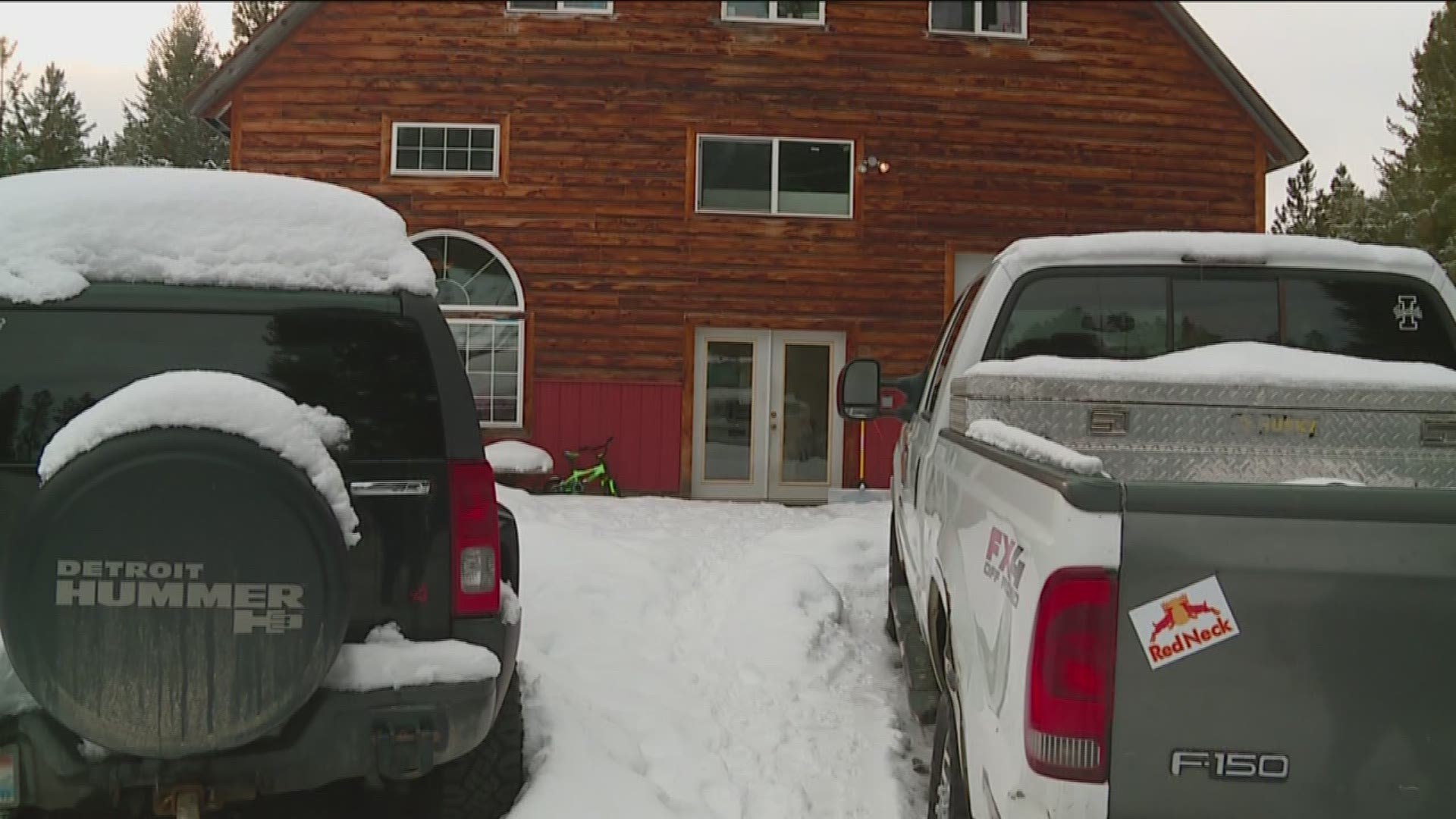 VALLEY COUNTY, Idaho — Idaho Fish and Game officials are working to track down two mountain lions in Valley County. On New Year’s Eve, it was reported the mountain lions attacked and killed a family’s dog. The attack happened south of Cascade, on Callender Road.

A spokesperson with Fish and Game they’re working with a local tracker to find the mountain lions. The fresh snow has made it difficult though.

Meanwhile the family is grieving over the loss of what they consider a family member.

“We never thought that one it would strike that close,” Jeff Decarpenterie said.

Decarpenterie was the owner of Roxy, a 13-year-old German short-haired pointer mixed with labrador. The dog died in front of his house after the attack. He let her out to go to the bathroom right before he and his wife went to bed.

He said after five minutes she wasn’t back at the door waiting to be let back in, so he became suspicious.

“Went back out and checked the front door, she wasn’t there but the light was on and everything,” he said. “Went in the back door and she wasn’t there either, and my wife at that point came out and kind of seen if she could spot her.”

Instead, his wife saw one of the two mountain lions.

Decarpenterie ran back inside to grab a handgun and then came back outside to shoot off a warning shot. The mountain lion he saw ran off, and then he saw another one run off from behind his pickup truck in his driveway.

“That’s when I found my dog just laying right there,” he said. Referencing to where the second mountain lion was. “Just dropped down onto her and checked her vitals and tried to resuscitate her and she was just gone.”

Idaho Fish and Game is now tracking those mountain lions in the back side of Clear Creek, Skunk Creek, Goslin, and Gold Dust areas.

The snowfall this week though has made the task of tracking nearly impossible.

It is rather uncommon for mountain lions to attack a pet or humans for that matter, according to Berkley.

“That type of behavior is not something we really want to see something persist in the mountain lion population,” she said.

She told KTVB in her five years working in the McCall Fish and Game office, she couldn’t recall another reported mountain lion attack in Valley County.

Berkley suggests that families living in the area let their pets out on a leash and accompany them, especially after dark. She also suggests getting motion sensor lights since they can help deter wild animals from lingering around a house. The agency has safety tips for living near mountain lions on their website, here.

Meanwhile, Decarpenterie and his wife and kids are still trying to recoup from the loss of their beloved pet.

“73-pound dog, it's a lot of room. She filled a lot of room both in our house and in our hearts,” He said. “Every day was a new adventure with her, and you know she was, she was always there trying to protect us. She was just a great dog and good family member.”

The Valley County Sheriff’s Office is asking anyone who spots mountain lions to call 911 or their non-emergency line at 208-382-5160.

RELATED: 'He started bleeding from his lips and gums': Rattlesnake bites dog south of Kuna