The explosion happened just before 5 p.m. Tuesday at the Simplot grain facility northwest of Mountain Home. 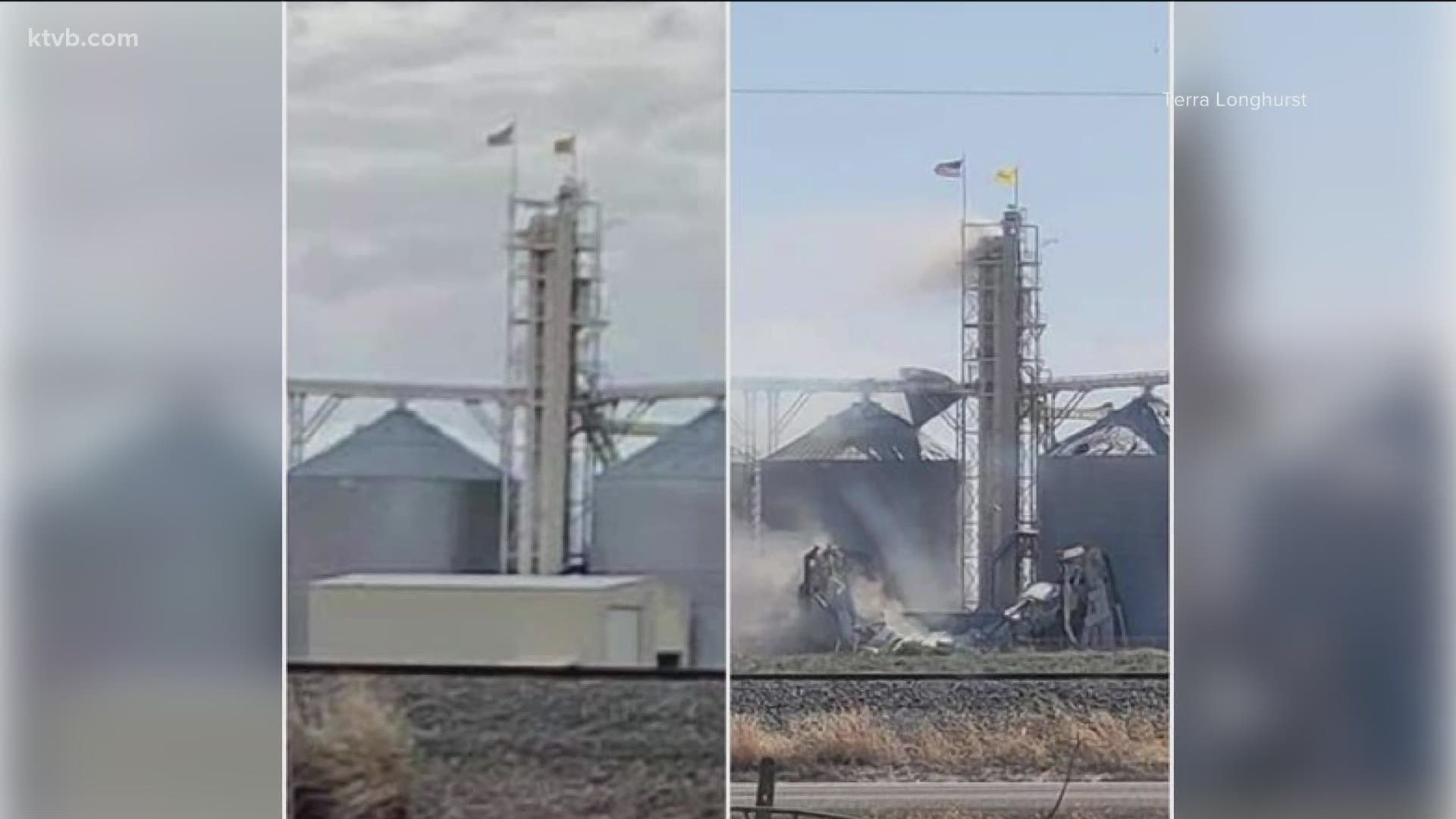 MOUNTAIN HOME, Idaho — One person was taken to the hospital after a fire and explosion at a grain storage facility near Mountain Home Tuesday.

The explosion happened just before 5 p.m. at the Simplot grain silo northwest of town.

Emergency responders rushed to the scene and evacuated the surrounding area. One person at the scene was hurt, and was taken to a hospital in Boise for treatment.

That individual's injuries are not believed to be life-threatening, according to the Elmore County Sheriff's Office. It is unclear whether the injured person is an employee at the facility, and his or her name has not been released.

The fire at the grain silo was extinguished by the Mountain Home Fire Department. Officials determined that the cause of the explosion was an industrial accident that happened during normal maintenance.

Grain dust is highly combustible, and explosions and fires can occur when the dust is ignited by heat or another source.

The incident remains under investigation.