The group raised nearly $2,500 on Saturday, which will go towards helping Jason Mullin and his family as he recovers from three gunshot wounds. 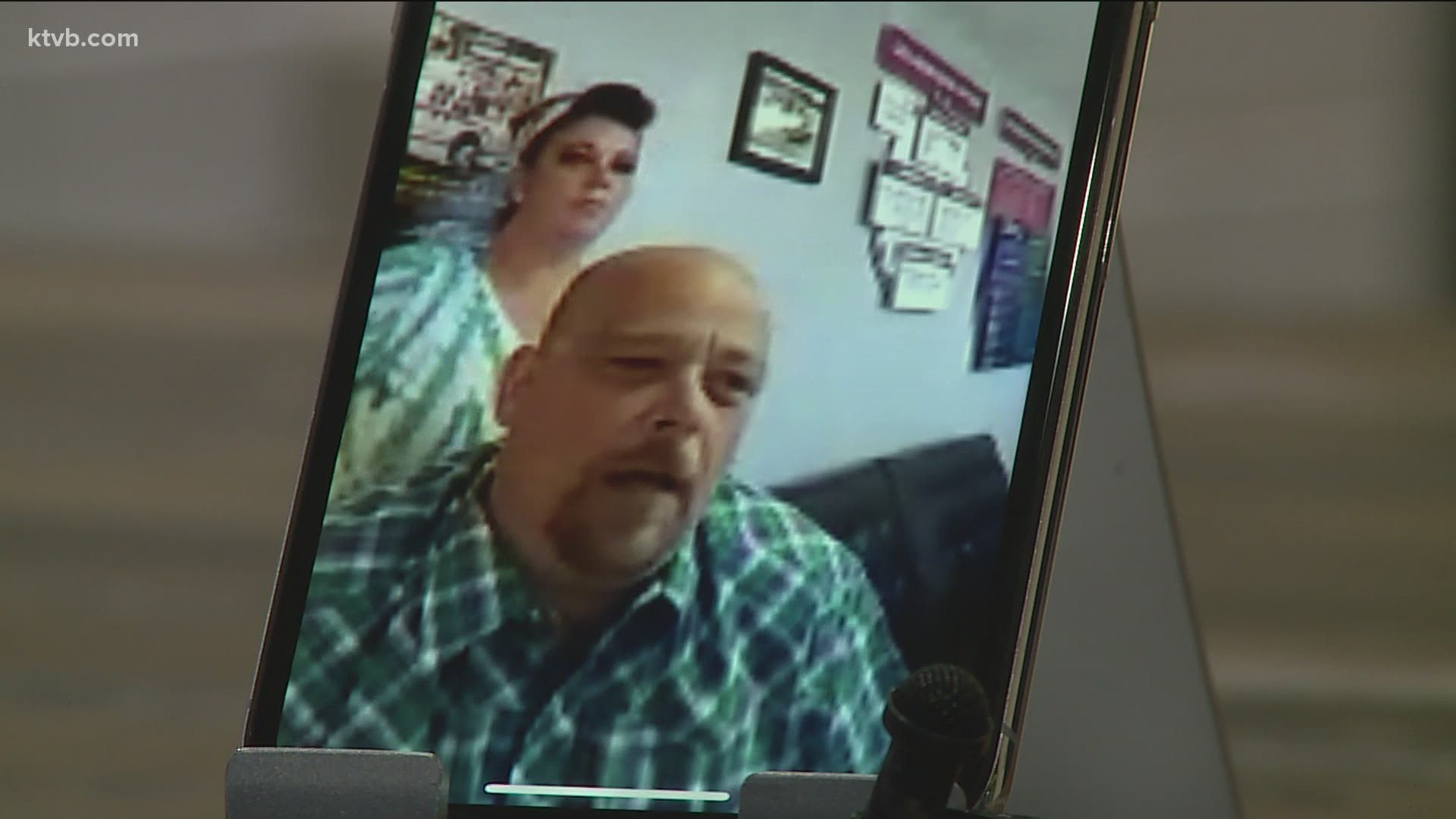 BOISE, Idaho — It's been nearly a month since two teenagers broke into Jason Mullin’s home in Elmore County, and shot him and his son. Since then, Mullin has been recovering but out of work, leaving lingering worries of how his family would get by. That was until a Boise business held a fundraiser to help out Mullin.

“I’m feeling better, I got my staples out and I’m about to start physical therapy,” Mullins said of his recovery.

He told KTVB he was shot three times in his left leg and pelvis, and his upper femur also had to be replaced. While his son was hit once in the foot.

“At the end of this, I might have to have a career change at 45 years old when all I’ve done for the past 30 years is paint, so it's very, very difficult,” Mullins said.

Right now, Mullins is in a wheelchair as he recovers, which makes his profession of painting nearly impossible. However, it's not only his physical state that's causing him concern but the stress of not knowing how he'll provide for his family weighed on him.

That burden was relieved when Matt Davlin and his partners at Boise Maaco and the Nelson Farmers Insurance Agency got involved.

RELATED: 'It's a miracle I'm here': Elmore County man recovering after being shot during home invasion

“Owning a business and being self-employed, me and my partners know that if we can’t work, we can’t support our families, so it hits close to home for us on many different levels,” Davlin said.

They heard about what happened and put together a car wash fundraiser to help out.

“We just want him to be able to recover without the extra stress of, 'How I am going to put food on the table? How am I going to keep the lights going?” Davlin said.

“I’m forever grateful,” Mullins said. “Sometimes you don’t realize the friends and family you have until something like this happens. [This is] one of the best days of my life. It's hard to put into words without crying and moving everywhere, but I sit here in a wheelchair and I’m watching all of this going on and it's all for us and it's all for my family.”