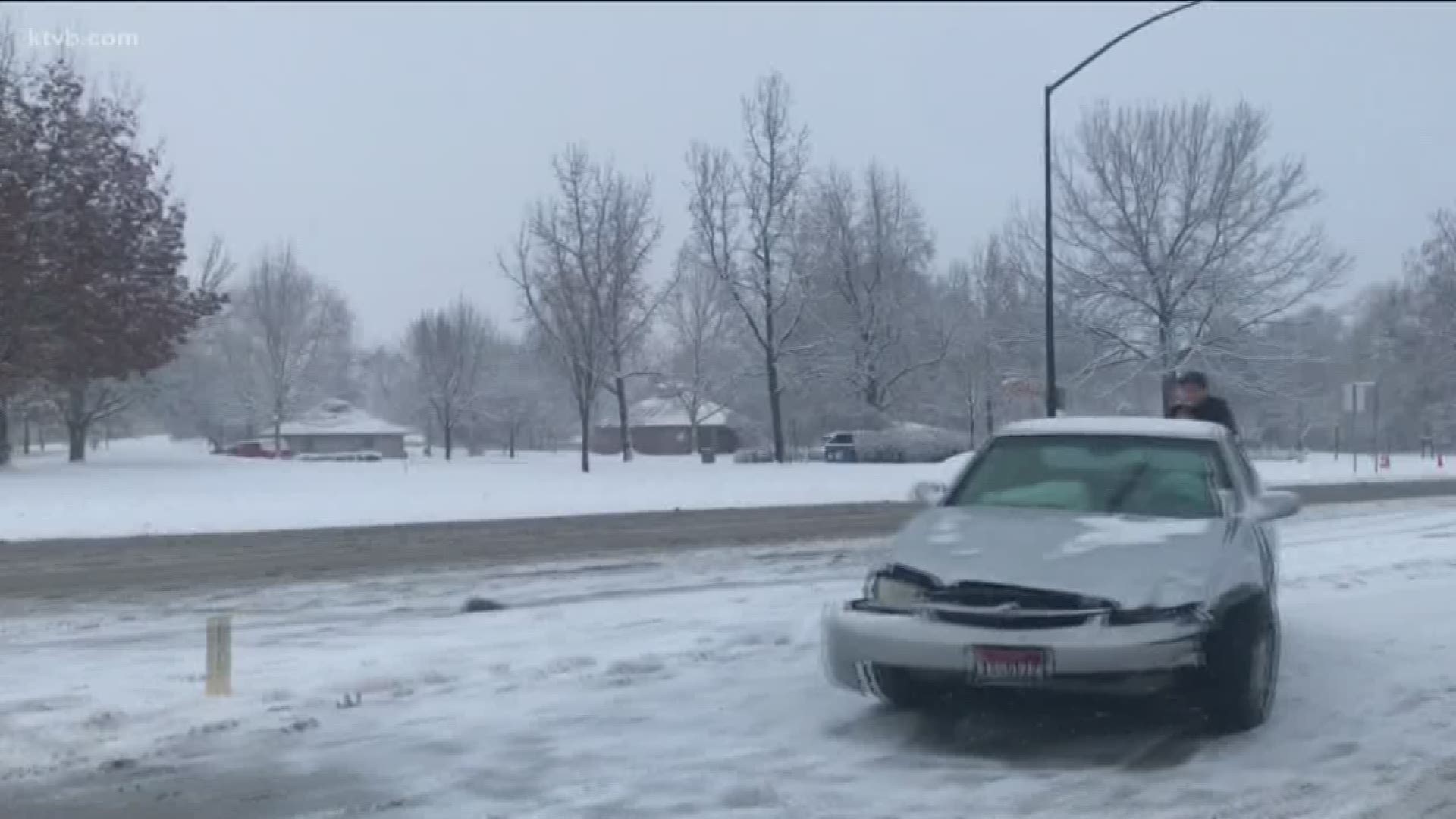 BOISE, Idaho — Winter weather and slippery roads made for a messy commute across the Treasure Valley Wednesday morning.

Local law enforcement and emergency responders have been kept busy by lots of slide-offs and crashes.

Steady snowfall since late Tuesday created slippery driving conditions for drivers as they headed to work this morning.

In Ada County, the sheriff's office reported 52 vehicle crashes, 8 of those with injuries, 3 were hit and runs, and 21 of them have blocked traffic. There have also been 31 slide-offs. All of them were reported as of 11 a.m.

Right now, temperatures remain below freezing in Boise and that means driving conditions should be challenging for the rest of the day. Be careful and watch for ice on the roads, and be sure to slow down and keep a safe distance between you and the vehicle in front of you.

WEATHER FORECAST: Snow from the mountains to the valley as our winter weather advisory continues through today

KTVB meteorologist Larry Gebert says a Winter Weather Advisory remains in effect for most of southern Idaho until 5 p.m. tonight. Ada County has received about 2-3 inches of new snowfall. It is expected to let up a little this afternoon as temperatures warm up just above freezing.  However, more snow is in the forecast tonight as temperatures drop below freezing again. Up to an inch of snow is forecast in the valley. Several more inches are forecast for the mountains.

The Oregon Department of Transportation reports that both directions of Interstate 84 between Ontario and Pendleton are back open again after being closed this morning because of dense fog and severe winter conditions on the roadway. Drivers should expect delays and are advised to check the latest road report before heading out.

RELATED: Driving in the snow and ice: A trooper's advice