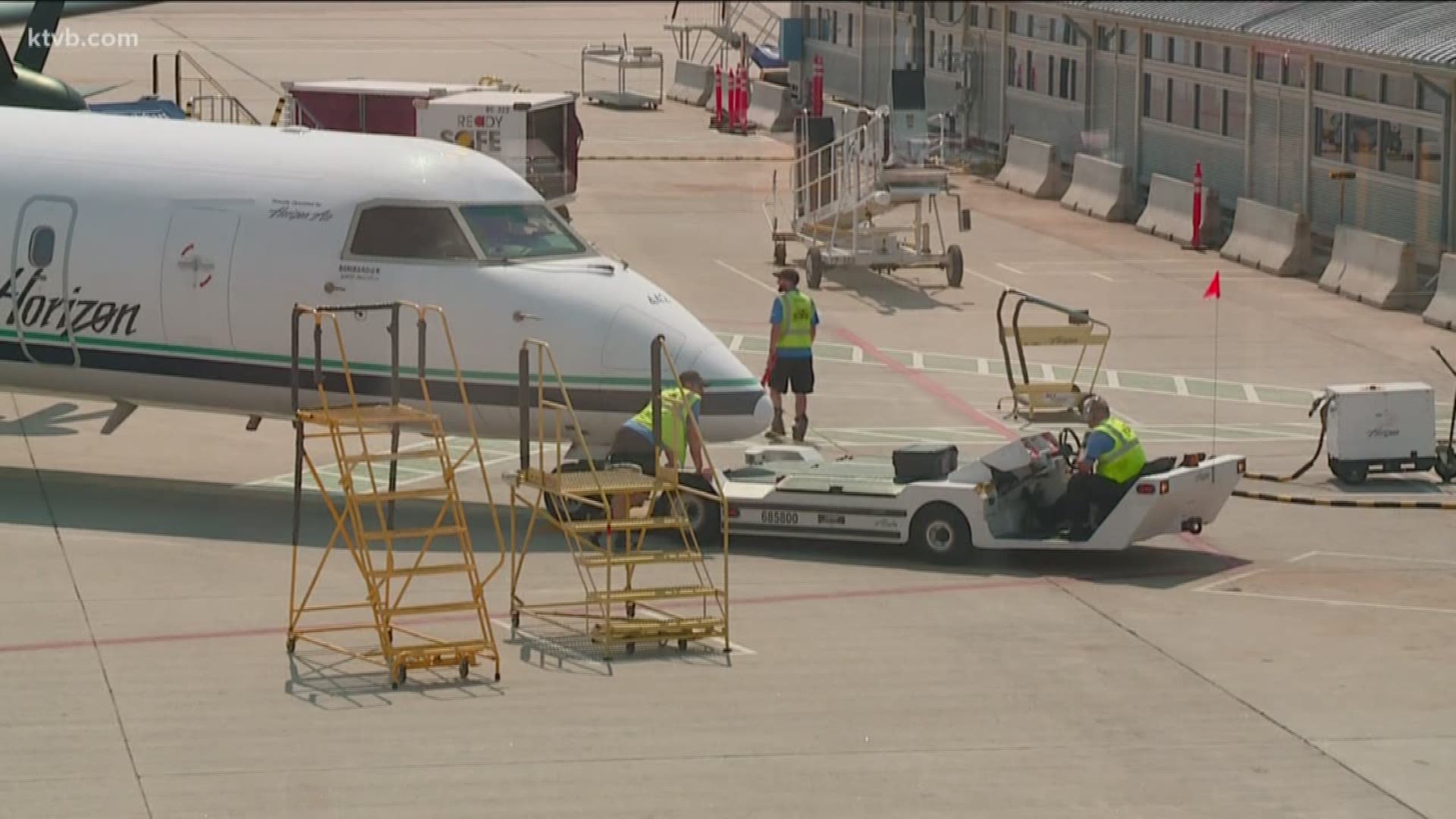 BOISE, Idaho — The city of Boise says to keep up with demand, they're planning to increase capacity at the Boise Airport, adding additional gates and parking.

The plans were announced during Tuesday's City Council meeting.

"The Boise Airport is growing nearly twice as fast as the industry average," said Sean Briggs, the airport's marketing manager. "In 2018, we had nearly 3.9 million passengers travel through here."

The expansion plans include adding a new concourse.

"So, that additional concourse will allow us to have the capacity to hold six additional planes at any given time," Briggs said.

There are currently 21 gates at the Boise Airport.

Ultimately, it will be up to the airlines which cities flights will go to - as well as the ticket price.

Plans also call for an additional rental car facility and two more parking garages - one for employees and one for passengers.

"We are seeing our parking facilities start to fill up a bit faster, especially during peak periods, holidays, spring break, and then mid-week when those business travelers are flying," Briggs said.

The entire project will cost somewhere between $150 million and $200 million - to be paid for by airport revenue, not taxpayers.

"Airport revenue is generated through parking, from airlines flying in, from the concessions we have here at the airport," Briggs said."

Construction is slated to begin this summer, and the entire project could be done by 2025 if the City Council signs off on the expansion. The council's decision is also expected in the summer.