Mom charged after treating daughter's seizures with marijuana butter: 'It was my last resort'

Last month Kelsey Osborne, a mother of two, had her children removed from her after she gave her daughter a smoothie with marijuana in it as an attempt to stop her seizures. A month later, the two children - Madyson and Ryker - are still living with their father and Osborne is still trying to get them back. 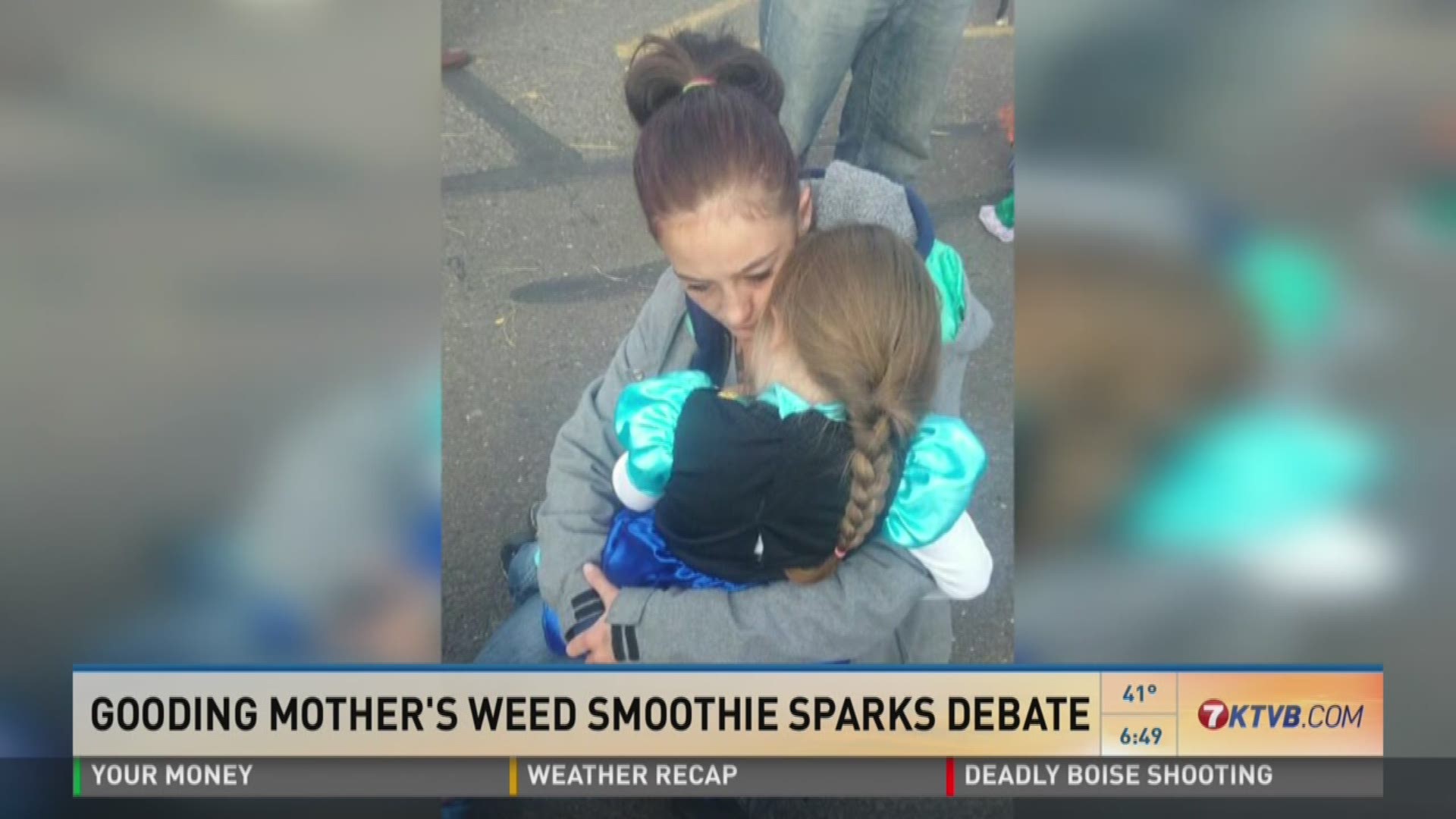 It's a topic that has sparked debate across the nation over the last few years - legalizing marijuana. In Idaho, recreational and medical marijuana is still illegal.

Last month, Kelsey Osborne, a Gooding mother of two, had her children taken from her after she gave her daughter a smoothie with marijuana in it as an attempt to stop her seizures.

A month later, the two children - Madyson and Ryker - are still living with their father and Osborne is still trying to get them back.

"I didn't ever think it would come down to this, but it did," Osborne told KTVB. "It tore me apart."

She says her 3-year-old daughter has a history of seizures, but one morning early October, it was worse than ever before.

At the time of her seizure, Madyson was withdrawing from a medication called Risperdal, which is used to treat schizophrenia and bi-polar disorder. Osborne says when she couldn't calm her daughter down, she gave Madyson a smoothie with a tablespoon of marijuana-infused butter.

A couple of hours later, Osborne took Madyson to the doctor. That's where she tested positive for marijuana and the Idaho Department of Health and Welfare was called. She was charged with misdemeanor injury to a child, and has pleaded not guilty.

"To me I felt like it was my last resort," said Osborne, who maintains that she did the right thing. "I've seen it for my own eyes with people out of state who have used it and it's helped them or their children."

Tom Shanahan with the Department of Health and Welfare says in any case dealing with marijuana, there is one bottom line.

States that border Idaho, including Montana, Oregon, and Washington have legalized medical or recreational marijuana, and in some cases both. But Idaho isn't one of them and Shanahan says the two drugs aren't interchangeable.

"Even in states that have legalized it it's not legal to give to children," said Shanahan. "The cannabis that is used for children with epilepsy is called cannabidiol oil and it has had THC removed from it."

Without THC, there aren't any psychoactive properties found in the drug.

"It can cause brain development issues with a child, so we view that as unsafe or illegal," said Shanahan. "We want children to be in a safe place."

Meanwhile Osborne says she will continue trying to get her children back, who are currently with staying with their father.

While cannabidiol oil (CBD) is still illegal in Idaho, Shanahan says there is a program in Boise through the FDA that uses CBD as an experimental treatment for 34 children with severe epilepsy.

According to Shanahan, there are strict guidelines for those who qualify, one being that the child has to have tried several other treatments that have failed to work.

"It's a totally different substance and I think people confuse that," he said.