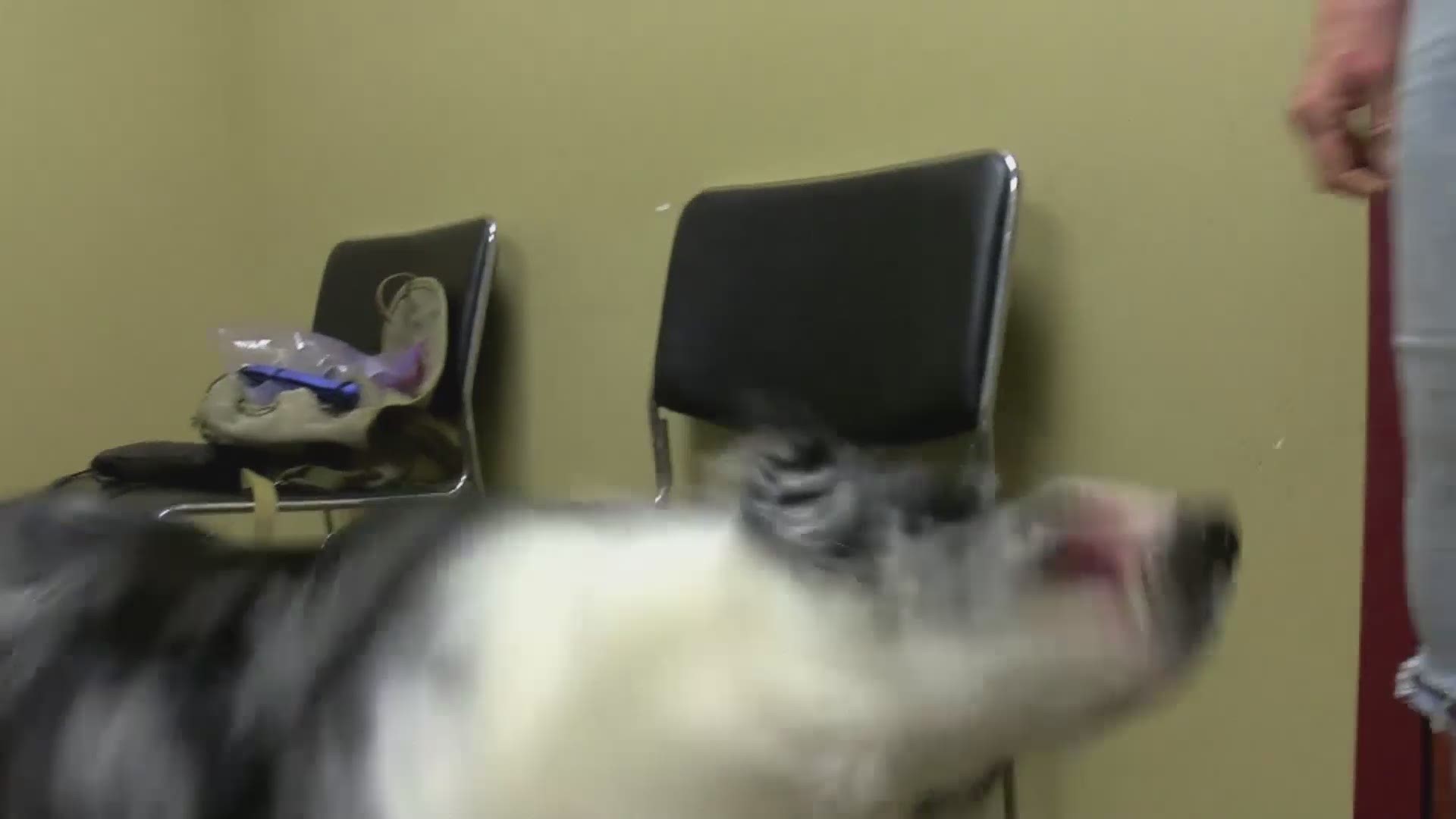 BOISE — After Lisa Corbett's Australian shepherd Jake disappeared from her Boise backyard in June, she was distraught.

Corbett went door to door, asking neighbors if they seen Jake. She papered the North End with flyers, offering a reward for his safe return. She even paid more than $100 to a website that promised to send out an "alert" about her missing dog, she said, only to later learn she had been scammed.

Corbett, who had raised the dog from a puppy, said at first she thought her dog might wander home on his own.

But summer faded into fall, with no sign of Jake.

"I was devastated," Corbett said. "He's my family. I spent forever choosing this doggie."

As the months passed, Corbett said, some friends and neighbors gently told her it might be time to move on, suggesting that a new dog might help lift her sadness.

But Corbett was having none of it.

On Wednesday, one day before Thanksgiving, her hope paid off.

Five months after his disappearance, Jake turned up at the Grace Animal Hospital in Memphis, Tennessee - more than 1,800 miles from Boise. Jake was microchipped, leading staff at the vet's office back to Corbett.

Corbett said she burst into tears when she got the news that Jake had been found.

How Jake made his way from Idaho to Tennessee remains a mystery. Corbett believes someone may have swiped him from her fenced yard - beguiled, perhaps, by his winning personality and attractive blue-merle coat.

Corbett spent her Thanksgiving on a plane to Tennessee, and was reunited with Jake Friday. Her pup had gained a little weight in the five months since she saw him last, she said, but was otherwise healthy and ecstatic to see her.

The pair will fly back to Boise together, she said.

The news of Jake's journey spread quickly through the North End, where neighbors have been following Jake's saga for months. Corbett said her phone has been blowing up with congratulatory texts and phone calls.

She is planning to throw a party to celebrate Jake's return. But for now, Corbett is simply looking forward to getting him home where he belongs.