Fruitland Police have been assisted by several agencies, including the Idaho Army National Guard and the National Center for Missing and Exploited Children. 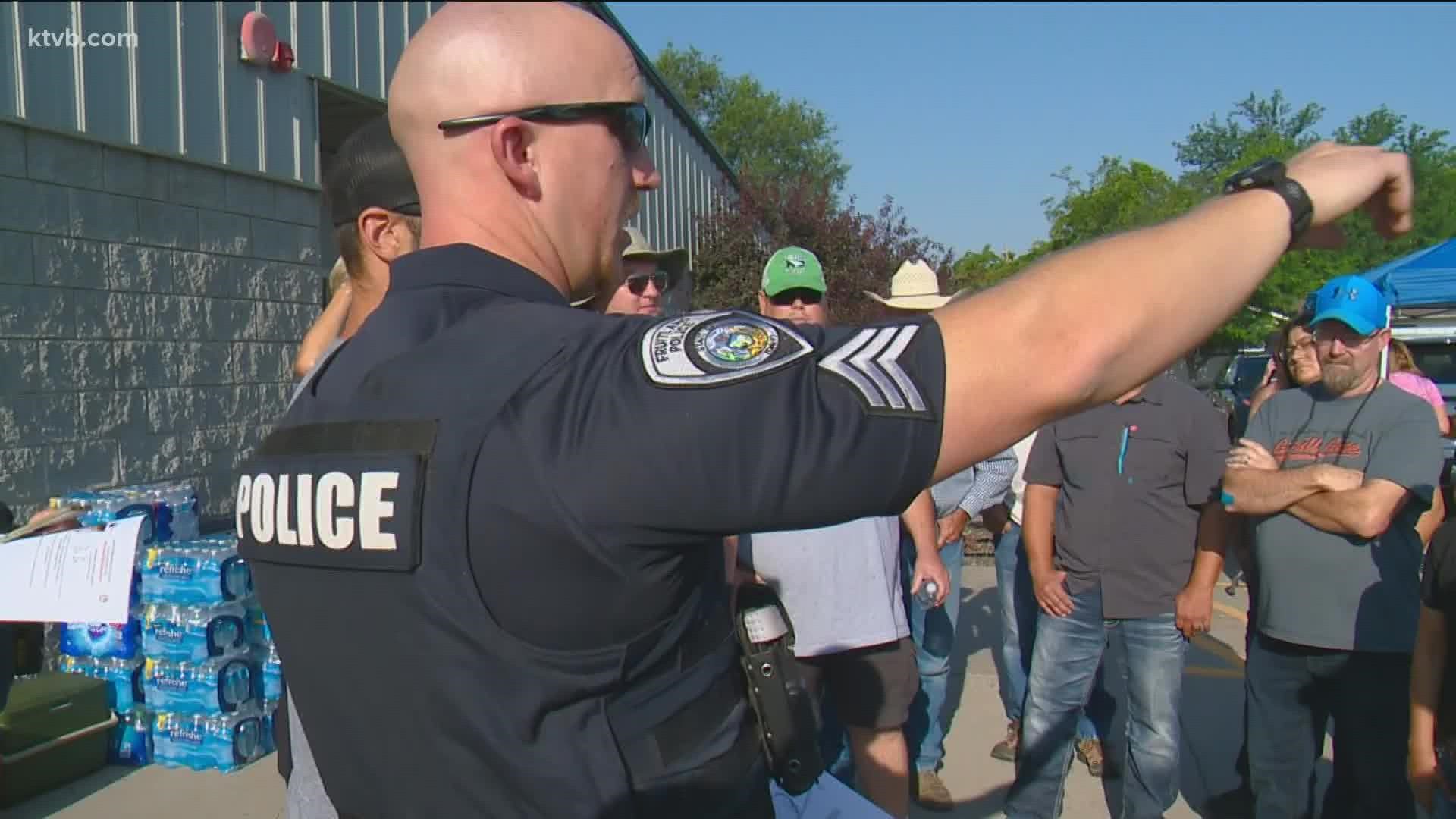 FRUITLAND, Idaho — Editor's Note: Fruitland Police Chief J.D. Huff will hold a news conference at Fruitland City Hall at 2 p.m. on Saturday. He will update the community on the latest efforts to locate Michael.

Resources from around the Treasure Valley, the state and the nation have joined in search efforts to help locate five-year-old Michael Vaughan, a Fruitland boy who went missing on Tuesday night.

Michael, who also goes by "Monkey," was last seen near his Southwest 9th Street and South Arizona Avenue home in Fruitland. He has blonde hair, blue eyes, stands about 3'7", and weighs around 50 pounds. He was last seen wearing a blue Minecraft t-shirt, dark blue briefs, and blue flip-flops.

Fruitland Police is the lead agency involved in this case and have been assisted by several neighboring agencies, including Idaho Mountain Search and Rescue Unit (IMSARU), the Idaho Army National Guard and the National Center for Missing and Exploited Children (NCMEC).

IMSARU was able to use K9 teams, search teams, trackers, drone resources, and bicycle teams. There have been 23 IMSARU members who have responded to the callout so far.

As of Wednesday afternoon, IMSARU was released from the case.

NCMEC told KTVB that Team Adam, a resource provided to local law enforcement in cases like this, is on location in Fruitland. Team Adam helps aid in search efforts and spread the word about children's disappearances.

NCMEC was not able to go into detail about their assistance in Fruitland, but in general, Team Adam is made up of retired law enforcement professionals. They are sent to sites where cases are unfolding to provide ground technical assistance and other national resources. They also bring equipment and more resources for each case.

The Idaho Army National Guard was also requested to join search efforts on Wednesday morning. They were asked to use one of their UH-72 Lakota Search and Rescue helicopters around the area Michael was last seen.

"Our crew conducted a thorough search of the area of interest but unfortunately were unable to locate the missing boy," said Lt. Christopher Borders, the public affairs officer for the Idaho National Guard.

Borders said they get their requests for these types of operations from the Air Force Rescue Center in Florida.

The Idaho Army National Guard has also been released from the search by Fruitland Police.

Fruitland Police Department is continuing to search and investigate where Michael may be. They ask people in the area to search their property and look in outbuildings, vehicles, and irrigation ditches. They're also asking residents to review any security camera footage for any sign of a small child in the area.

Police said even if someone does not believe they have relevant information, it is still important to call so they can better paint of picture of the area Michael was last seen.