The students were tasked with building a virtual city online, then with recycled materials, they had to build a physical example of their city. 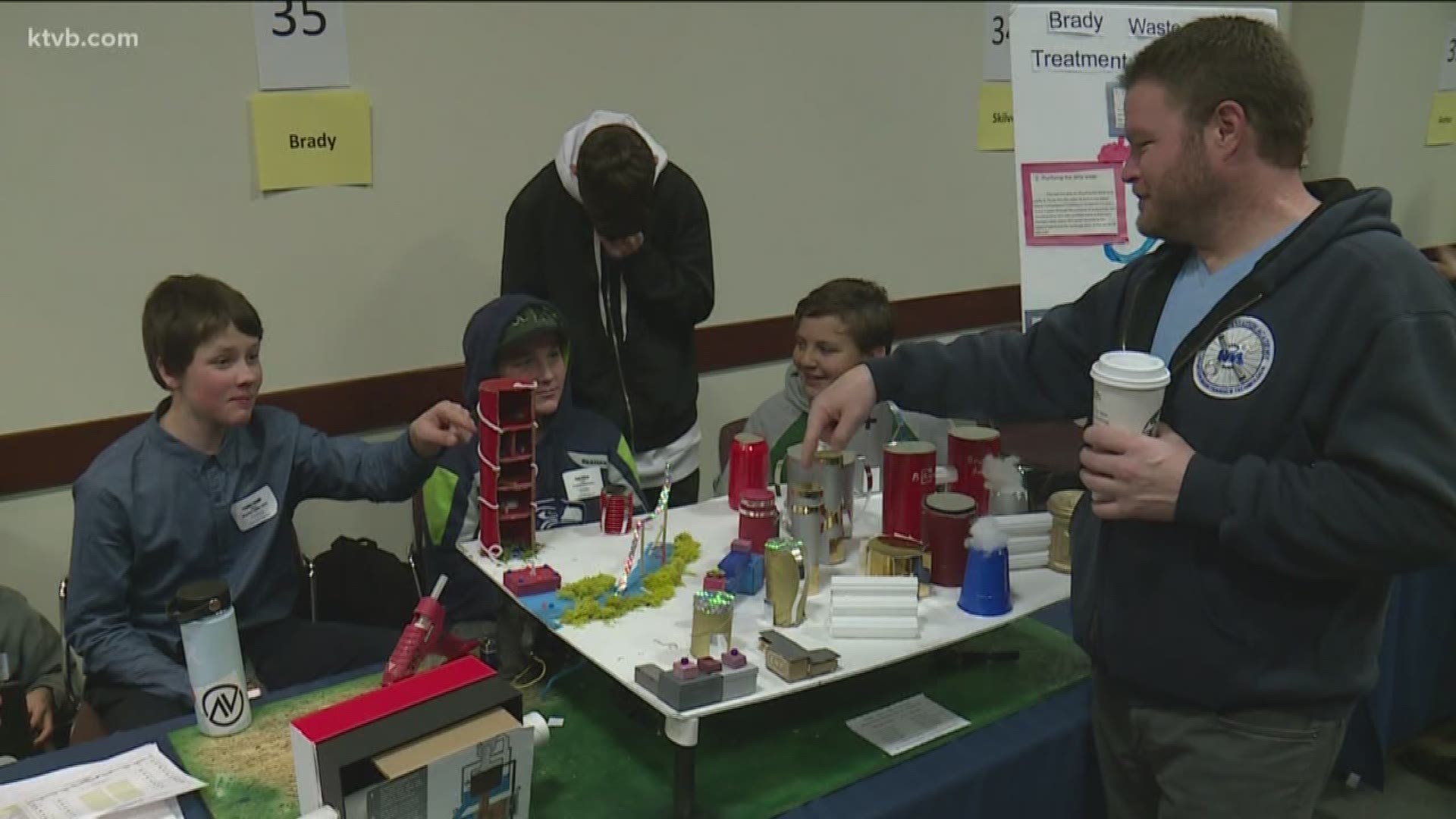 BOISE, Idaho — On Saturday, Idaho's future leaders were busy designing an advanced city for a STEM competition. Teams of middle school students from across the state competed at Boise State University to showcase their city models.

The students were tasked with building a virtual city online, then with recycled materials, they had to build a physical example of their city.

The 16th edition of Idaho Future Cities is a yearly competition and this year's theme was clean water, where students had to find a way to treat their city's dirty water and reuse it.

"For many its kids their first exposure to some of the more challenging aspects that we deal with in our societies and they also get a chance to learn about teamwork, how to come up with different ideas as a team and solve differenced and conflicts," said Yuri Mereszczak, the emcee of the Idaho Future City competition.

Last year, Team Idaho finished in fourth place at the finals - the best the Gem State has competed.