The reward for Michael's safe return has also increased to $40,000. 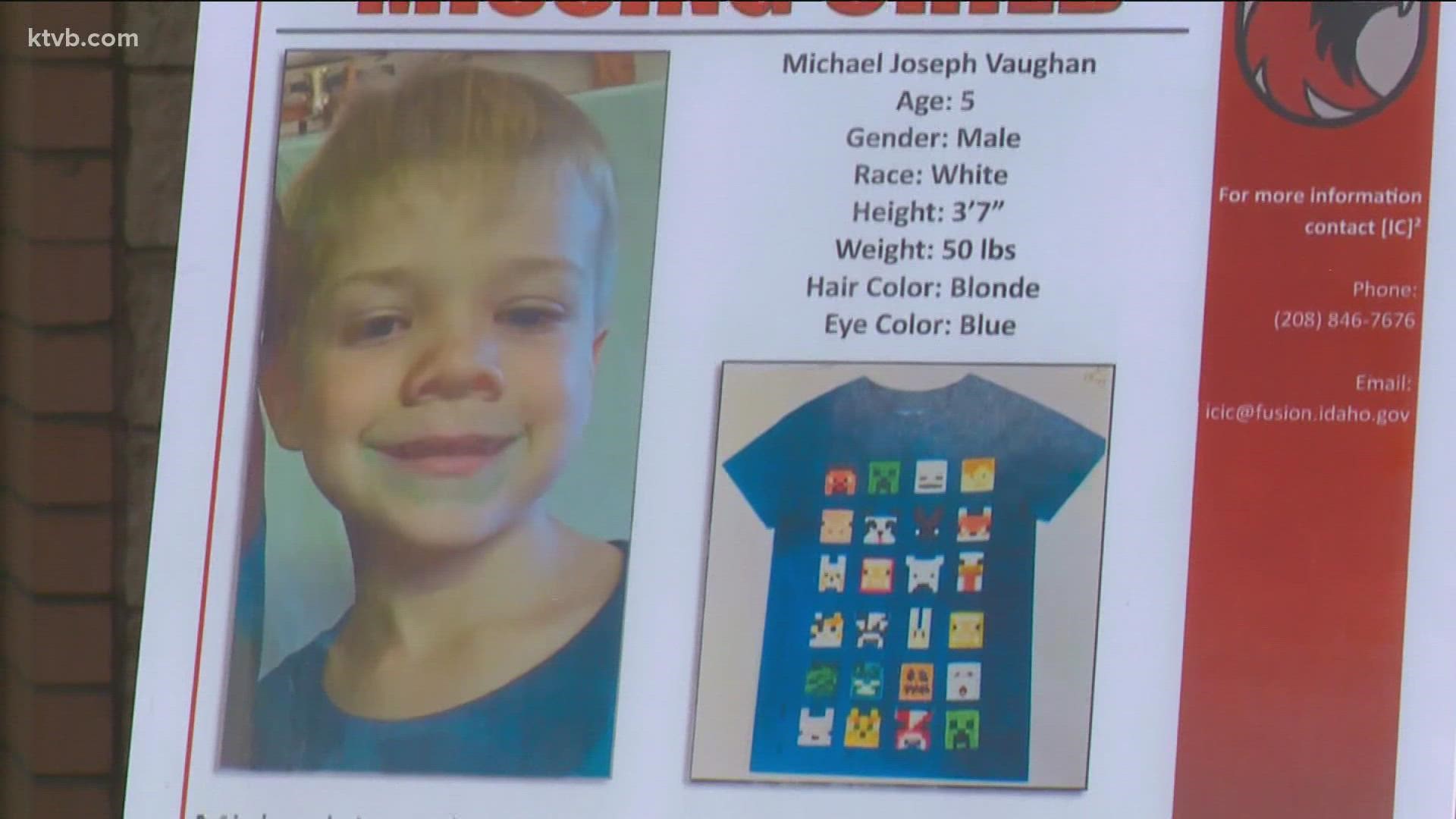 FRUITLAND, Idaho — Friday marks 72 days since five-year-old Michael Vaughan was last seen outside his neighborhood in Fruitland. Police continue to investigate every detail of the case and reportedly have a new lead that may bring them closer to bringing the missing boy home.

The new lead was brought to police by a witness who had vehicle information that police believe "could prove to be very helpful with the timeline," according to the Fruitland Police Department.

To date, police have received 471 tips regarding Michael's disappearance and continue to follow up on each one.

The reward for Michael's safe return has also increased to $40,000. It is available through Nov. 15 to anyone with information that leads to his return.

"We are committed to scrutinizing every detail in this investigation and it is taking time," Fruitland Police Department wrote in a Facebook post. "This remains a very active investigation at all levels and will continue."

Investigators continue to look through neighborhood surveillance videos from July 27, the last night Michael was seen. While looking through footage, they discovered two vehicles that were in the area Michael was last seen at approximately the same time he was last seen.

The other car was a 2010-2011 blue Dodge Avenger, which was seen leaving the same area and immediately turning right onto South Whitley Drive.

Police are now asking for the public's assistance in identifying the drivers of the two vehicles.

One of the people police want to speak to is a man with dark hair and facial hair. He was wearing dark-colored shorts and no shirt. He was seen jogging on the sidewalk of southwest 8th Street near the park at approximately 6:15 p.m. on July 27.

The other person was also a man with dark hair. He was wearing a white t-shirt and black shorts. He was seen walking off southwest 8th Street, past the splash pads and towards the drainage behind the neighborhoods.

Anyone with any information is urged to contact the Fruitland Police Department at 208-642-6006, extension 0 or contact the department through their tipline at findmichael@fruitland.org. The City of Fruitland also has a section on their website dedicated to finding Michael.