According to NASA, a meteor large enough to produce a visible fireball enters the Earth's atmosphere only about once a year. 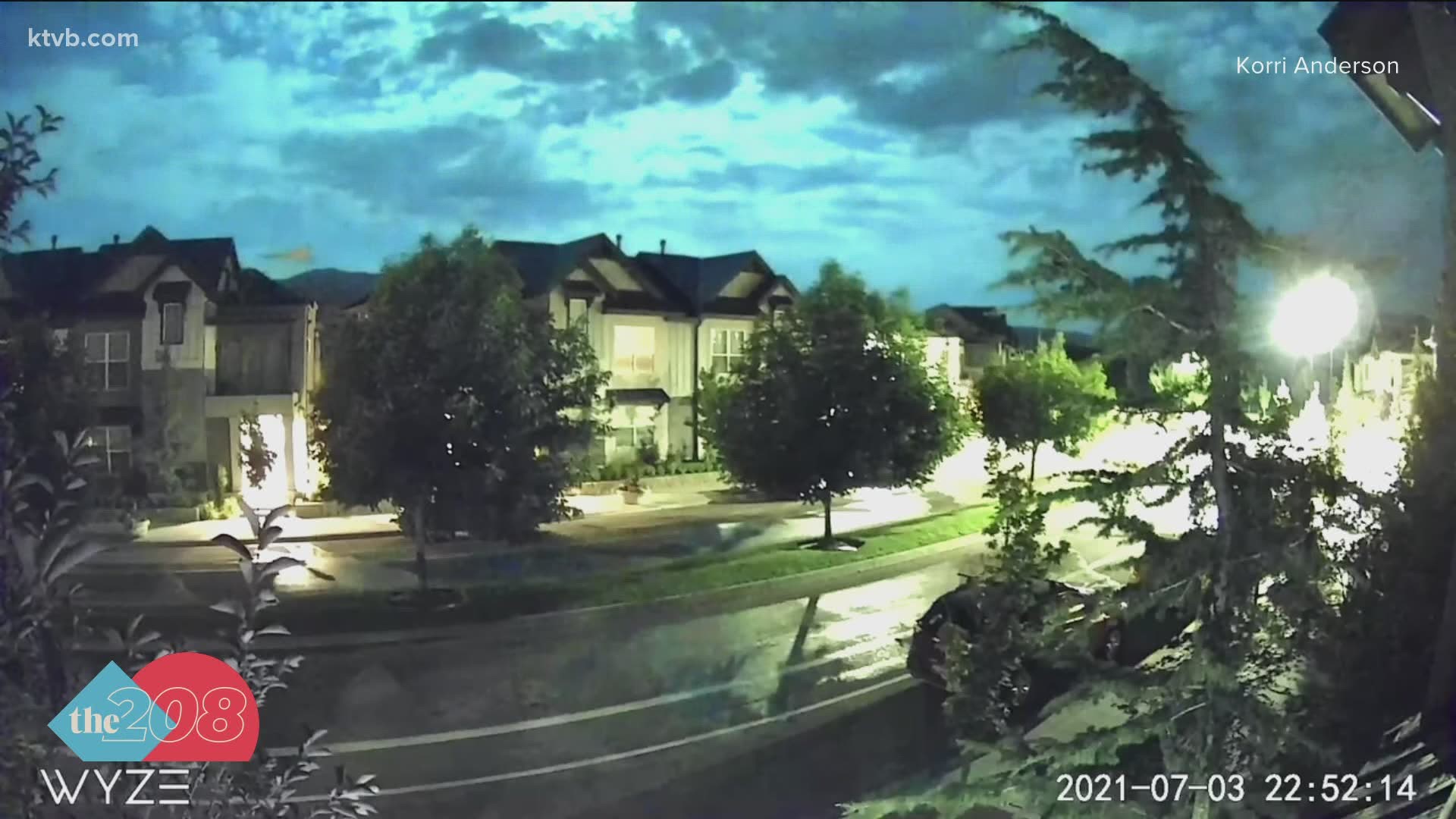 EAGLE, Idaho — Idaho residents got a pre-Independence Day show Saturday night when a meteor could be seen streaking across the sky.

The large glowing ball was visible in the Treasure Valley and other parts of the state at about 10:50 p.m. July 3. The meteor plunged through the air for five or six seconds, culminating in a flash that illuminated the dark sky.

According to the American Meteor Society, the meteor was also seen from Montana, Nevada, Oregon, Utah, Washington, and Wyoming.

Jordan Ragsdale captured video of the meteor burning across the sky from his home in Eagle, sharing his find with the Idaho Weather Watchers page.

According to NASA, a meteor large enough to produce a visible fireball enters the Earth's atmosphere only about once a year. Almost all of those space rocks burn up before reaching the ground, causing little or no damage.

Those who missed the fireball will get another chance at a celestial show when the Perseid meteor shower. The chance to see a shooting star from the Perseids runs July 17 through Aug. 26, although the peak day is expected to be Aug. 11 and 12.

The Perseid meteors are an annual phenomenon associated with the comet Swift-Tuttle. They are easiest to see in the early morning hours before dawn.