Meridian woman 'shares her spare' kidney to help loved one

When Janice Berryman's sister faced a crisis, she knew she had to help. 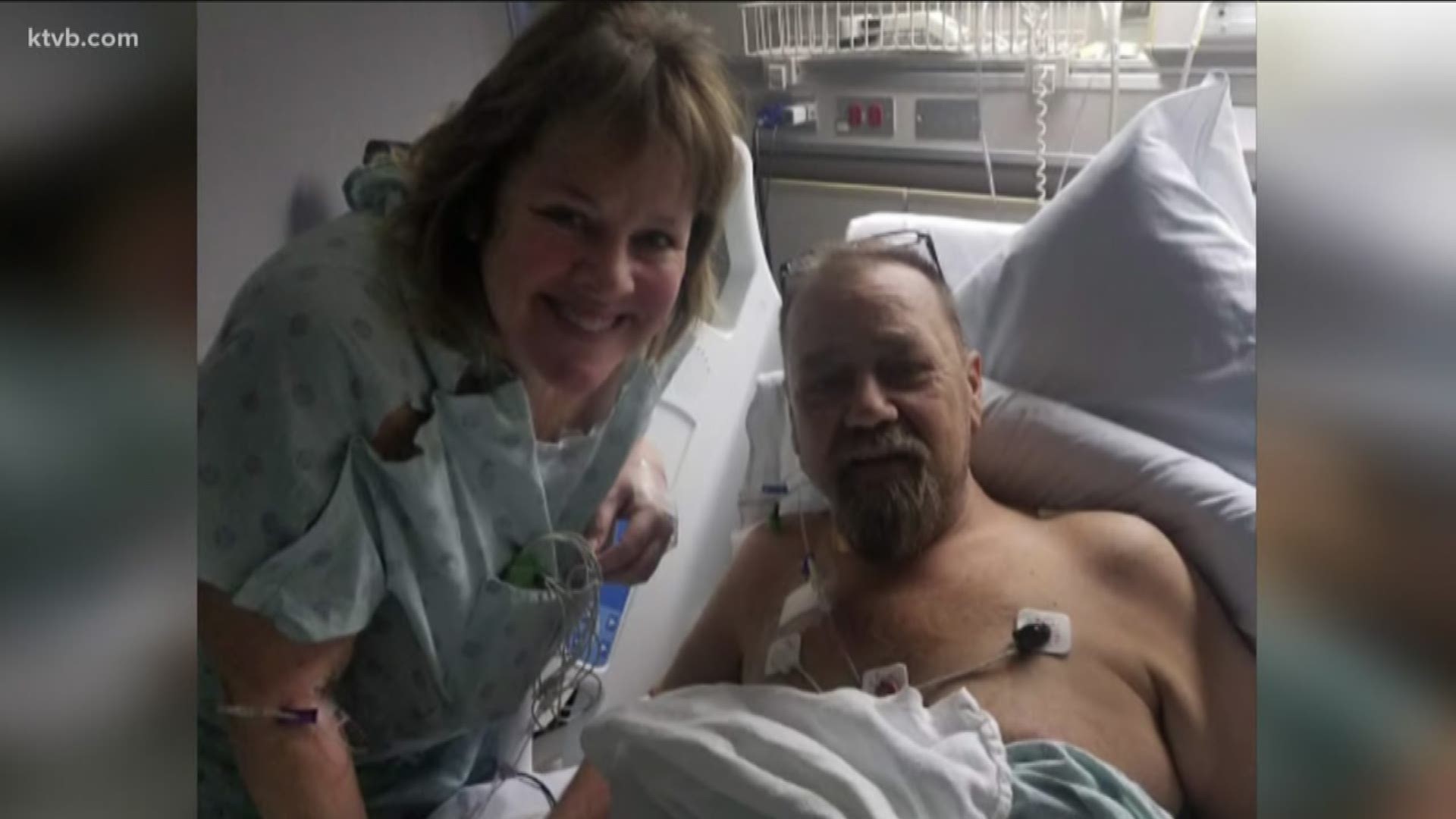 MERIDIAN, Idaho — Janice Berryman and her sister Patty have always been best friends.

"I'm 19 months older than my sister, and we just are thick and thin through our whole life," Janice said.

They bonded tightly as their family moved from Navy base to Navy base around the world. Their dad was a pilot.

"By the time I graduated I'd been to 15 different schools, including three high schools," Janice said. "So we just picked up and we were always our first best friend wherever we landed."

So when her sister faced a crisis, she knew she had to help.

"How can I be a solution to help my sister. What part can I do?"

The solution was to donate a part of herself, a kidney. But not to Patty, to Patty's husband of 31 years, Frank.

"His health was impacting her," Janice said.

Frank Cantrell was in end-stage kidney disease and on dialysis.

"I've been fighting it for about nine years," he said. "And just within the last six months I've gotten to the end of the rope so to speak."

Janice describes Frank as a good guy, a good husband and a good veteran of the Navy.

"There was a determination within me because I saw my brother-in-law's health decline," she said, describing him as having gray and green skin and hollowed eyes.

RELATED: 'He wanted to be helpful to everyone': Boise teen organ donor made a difference in life and death

"This transplant is not just intended to boost his quality of life," Potter said. "It's going to add years to his life."

Patty and Frank live near Temple, so that's where Janice went for the transplant. Potter and his team performed the surgery on January 15 of this year. It went well.

Then from across the recovery room Janice heard her brother-in-law complain of how cold it was.

Just three days after the transplant Frank was getting around the hospital's hallways pretty well.

"Feeling better inside and out, mentally, physically. It's just night and day," Frank said at the time.

"Just to know that he has vitality, his color is so much better, his humor is back," she said.

Janice and Frank may be in-laws, but their bond is tighter now.

"We share a kinship now for the rest of our lives," Frank said. "She's my sister now, definitely."

"That means a lot because it's a reflection of his heart," Janice said.

And her gift of life means everything to her sister and best friend, Patty.

"To have a live donor is just incredible, but for it to be your sister it's just a gift that's unspeakable that somebody would do that for you," Patty said.

By telling their story, they all hope to encourage others to consider being living organ donors, or "sharing their spare," as Janice puts it after seeing a story about another living donor.

"It was hashtag 'share your spare,' and I've just locked and loaded on that," she said.

As she writes thank you notes to all those who have helped her through the process, she thinks about the thousands of people on the waiting list for a kidney and the difference her decision to donate has made for Frank and Patty and their three children and one grandchild.

"The grandchild is less than a year old. So [Frank] has so much more life ahead of him to walk a daughter down an aisle, to spend time with future grandchildren and really live out a good rest of his life with my sister," Janice said.

April is National Donate Life Month. KTVB is once again partnering with Yes Idaho to raise awareness about organ, eye and tissue donation. The group says about 114,000 people are on the waiting list for an organ transplant.

Each week this month we'll share a story of someone who has either received or given the gift of life.

If you'd like more information on being a living donor or about organ, eye and tissue donation, check out Yes Idaho's website, where you can also get more information about the first ever Dash for Donation fun run to raise awareness about organ donation.

The 5K dash and 2K walk is coming up the morning of April 27 at Julius M. Kleiner Park in Meridian. Kids, strollers and even dogs are welcome.

WATCH: Firefighter continues to save lives by donating organs