Meridian woman selected to decorate the White House for the holidays

Jennie Tanner will also attend a gala hosted by the First Lady on Dec. 2. 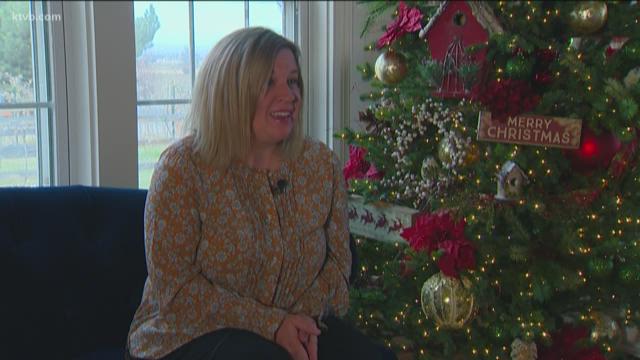 MERIDIAN, Idaho — A Meridian woman is spending some time at the White House, but not as a tourist she's helping decorate it.

“I applied for last year's season and was not selected, so this year I decided to throw my hat in the ring and thought I’m going to do that again,” said Jennie Tanner, who was selected to help decorate the White House.

Tanner was among 100 other volunteers who were selected to help decorate the White House this holiday season.

“I love the White House,I remember the first time I went I was in fourth grade and my dad had business meetings in Washington D.C, and he was able to take my sister and me with him and we were able to tour the White House with him,” Tanner said.

She’s no stranger to decorating. Tanner has done private consulting as well as floral designs for weddings and events. She's even done volunteer designs for the Festival of Trees.

“I've been back to the nation’s capital, to Washington D.C. since,” Tanner said. “But I have not had the opportunity to go back and tour the White House until now.”

The Meridian mom left with her family for the nation’s capital last week. She then returned on Thanksgiving, but she’ll leave again on Sunday to attend a gala hosted by the First Lady on December 2.

“I’m just really excited to spend time in that house again, you know it's the people's house, whichever president is serving the country that time, he happens to live there, but it really belongs to the people of the United States so I’m excited to put a little bit of my time and effort into that house,” Tanner said.

She wasn't allowed to take pictures inside the White House but told KTVB that her team was assigned garland and ornaments for the private residence and West Wing, as well as the lights in the east room and the grand foyer.

“I stumbled upon the opportunity to apply and I'm really grateful to be selected,” Tanner said.

The volunteer decorators will be able to take photos at the First Lady’s gala on December 2.

RELATED: ‘I cannot explain how grateful I am’: Caldwell homeowner gets new roof thanks to good Samaritans