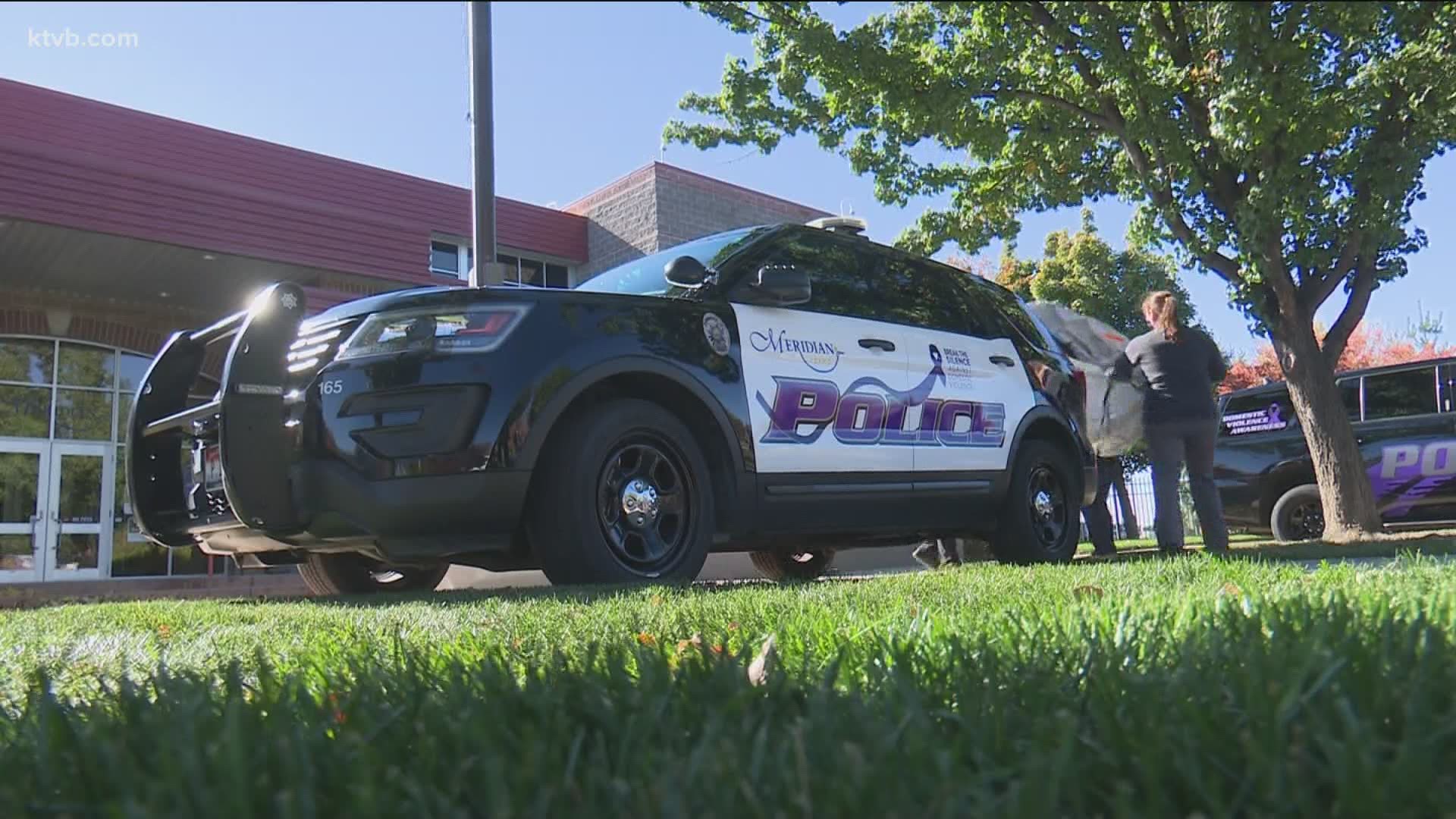 MERIDIAN, Idaho — Reports of domestic violence have fallen slightly in Meridian this year, even as the pandemic contributes to growing isolation. Meridian Police are not letting their guard down, however, and recently debuted a new way to raise awareness about the issue.

The department unveiled its newest patrol car, aimed at raising awareness about domestic violence, on Thursday

“This is a 100% preventable crime and there’s really just no reason for it," said Meridian Police Chief Jeff Lavey.

Lavey said he hopes the decal will encourage more victims and bystanders to report abuse.

“Really it was a perfect opportunity with our new cars coming in to do our part to raise awareness to domestic violence, because in our opinion, even one [case] is too many," he said.

RELATED: Hello Idaho: How to talk about abusive relationships, help others break lifestyle

While homicides are fairly rare in the City of Meridian, the police chief said, nine out of ten are domestic-related. So far this year, there have been 209 domestic violence cases reported city-wide. At this time in 2019, the police department had responded to 219 cases.

“Those are just numbers based upon through this month, so they could go up by the end of the year, but the numbers are pretty consistent,” Lavey said.

Meridian Police partners with the Women’s and Children Alliance and FACES of Hope to help victims of domestic abuse. Lavey said he has a message for anyone who feels trapped in a violent or abusive situation, but is afraid to reach out for help.

RELATED: Civil standby orders: What are they? And do Treasure Valley law enforcement agencies handle them?

“I can tell you that we have resources to help you to make sure that you’re safe and healthy, and that your children stay safe," he said. "So don’t think it’s going to get better, don’t think tomorrow will be better, because there may not be a tomorrow if we don’t prevent this.”