After three months of training, the dogs were recognized Thursday during a K9 graduation ceremony. 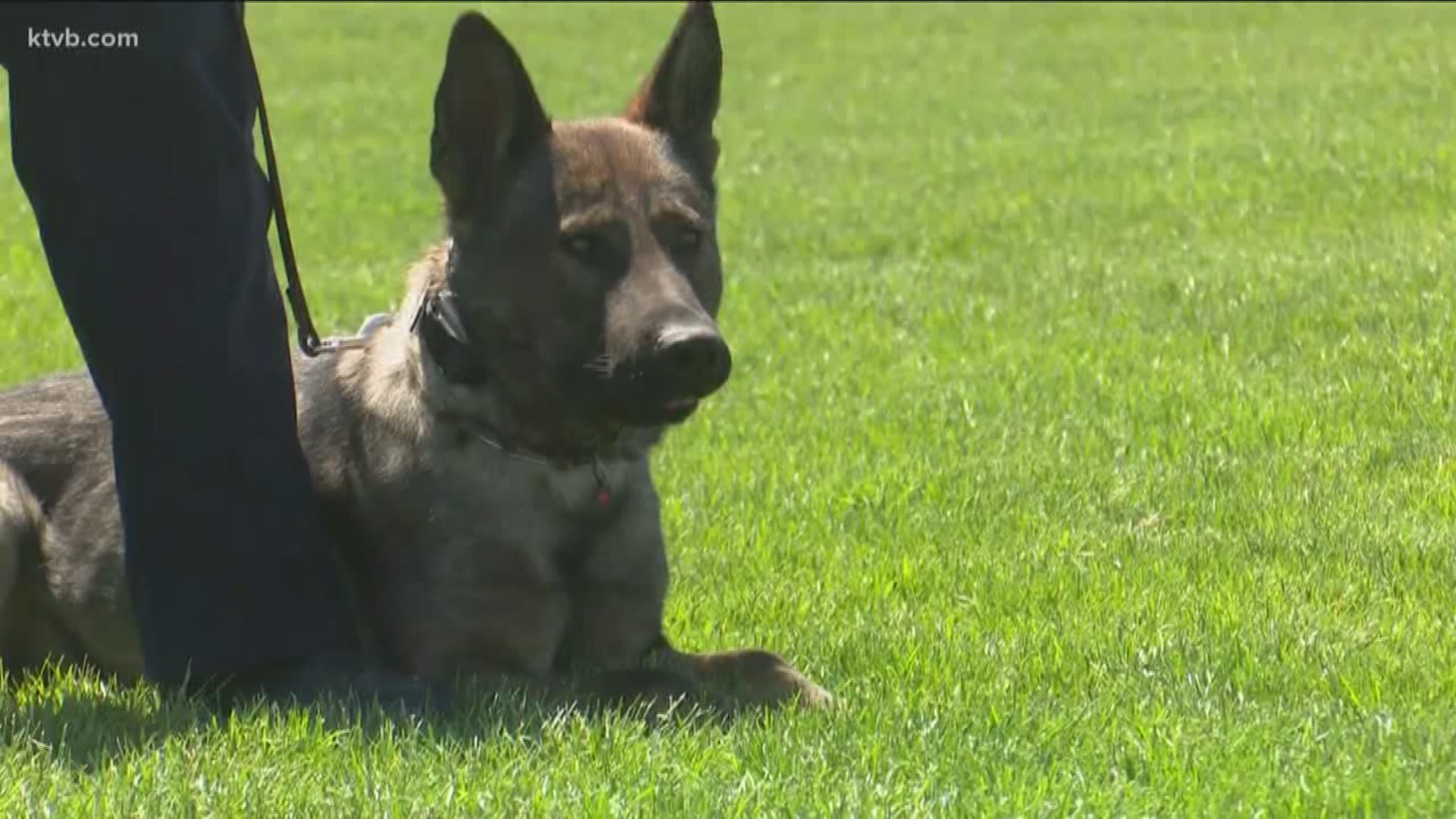 After three months of training, Grizz, KB and Tuso, were recognized during a K9 Academy graduation ceremony.

The dogs underwent 10 weeks of training that focus on a multitude of techniques and skills they need for their new career.

Handler bonding, scent recognition, obedience, and police canine patrol work are some of the main areas of focus for the K9s.

All three of Meridian's new K9 officers are dual purpose, ready to join the K9 Unit, with drug detection and apprehension certifications.

K9 Grizz is a one-and-half-year-old shepherd who is originally from Europe. Grizz got his name from his 'bear like' features.

"We can't thank Keith and his family enough for their support. This is a small token of our appreciation in his honor," said K9 Lt. Stokes.

K9 Tuso is a 2-year-old Belgian Malinois. His purchase and training was made possible by a monetary donation from the Tuso family.

Meridian resident Jon Tuso contacted the department earlier this year and said he wanted to make the donation in memory of his late wife, a long time animal and dog lover.

"K9 Tuso will help keep our officers safe, which is an incredible gift to us and our families," said K9 handler Young.

After eight years of service, K9 Dory has retired from the Meridian Police Department. The yellow Labrador was a rescue from the Blaine County Humane Society and worked as a Meridian narcotics detection K9.

"Dory is enjoying her retirement at home with my family," said K9 handler Cushing, "Her routine includes sleeping as much as she wants, eating and when she has the energy, chasing countless tennis balls."

K9 Randy, a Belgian Malinois, has retired from the department after four years of service. Randy was born January 2014 in the Netherlands and trained in narcotic detection and patrol applications. He served Meridian during traffic stops, tracking and apprehension.

"Randy and I are both transitioning to new endeavors," said Meridian Officer Lee. "Randy is part of the family at home, enjoying just being a dog, while I am now excited to be part of the Meridian Traffic Unit."

RELATED: K9 retires from Boise Airport after 8 years of service