Joel Strasser appeared on Live with Kelly and Ryan this week in an attempt to break his own record for putting the most pencils in his beard. 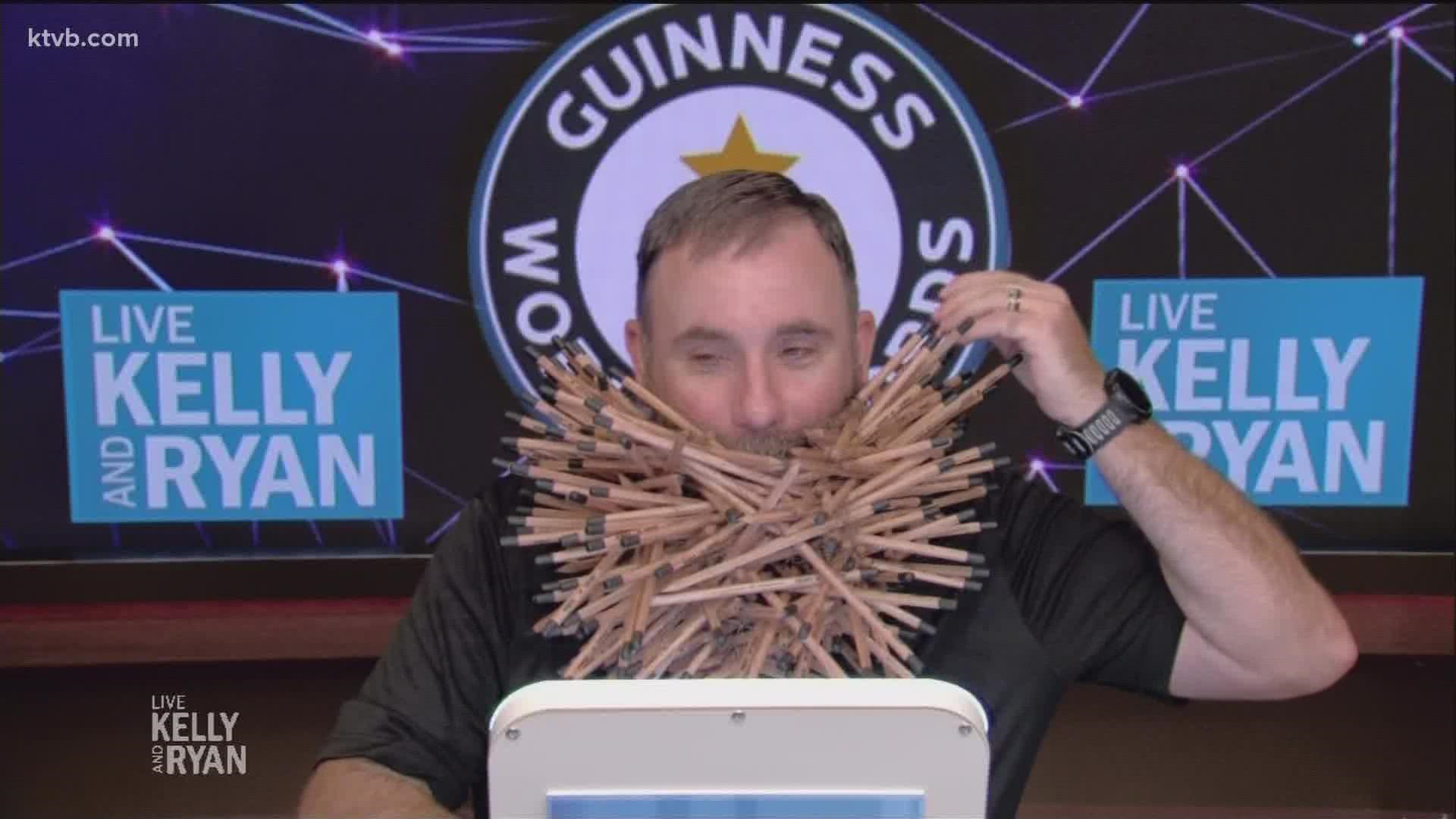 MERIDIAN, Idaho — A Meridian man got the chance to do two things most people dream about this week: meet two of the most famous talk show hosts in the country and break a Guinness world record.

Joel Strasser appeared on Live with Kelly and Ryan this week in an attempt to break his own record for putting the most pencils in his beard. In total, he holds 10 Guinness World Record titles.

"Leading up to that record attempt, I was pretty nervous because the bar was high," Strasser told KTVB. "450 is a lot of pencils to put in the beard and I actually didn't want to break that record. "I had this image of me going on TV, live tv, millions of people watching and I fail."

As he was putting the final pencils in his beard, the stress and excitement of the situation washed over him.

"It's a super tense moment because at any time a big clump could just fall out and so you have to know when to stop," Strasser said.

A post shared by LIVE with Kelly and Ryan (@livekellyandryan)

Strasser works for an insurance company and trains new employees on auto claims. As he trained new hires, he realized that some of the folks would stop paying attention during the training.

"So what I would do is, as I'm walking around the classroom [I would] just put pencils in my beard just to see who's paying attention," Strasser explained.

One day, a trainee challenged Strasser to see how many pencils he could fit in his beard. He did just that, and within a few months, he was setting records.

"That just started the ball rolling and then I just wanted to stick everything in my beard," Strasser explained.

It's that exact desire that led Strasser to break his own world record on live television. He was able to fit 456 pencils in his beard.

"It was relief, excitement, joy, happiness. It was like all these positive feelings at once," Strasser said. "It was just so fun to hear the guy say, 'It's a new world record!' and Kelly and Ryan are excited. It was a really cool moment."

Other than what was seen on-air, Strasser said he didn't spend too much time with Kelly and Ryan. However, he did have a brief interaction during a commercial break.

"Ryan Seacrest started putting a bunch of pencils in his hair and Kelly was asking me about the pencils," he said. "I was like, 'You can have a pencil,' and they acted like that was a really cool thing."

Strasser plans to break the world record for the most pencils put in his beard in a minute next. He is also the organizer of a fundraiser to raise money for children who lost their mothers to cancer and plans to shave off his beard once he meets his fundraising goal.