The school will use more of the 'M' logo, which has been in place since 2005. 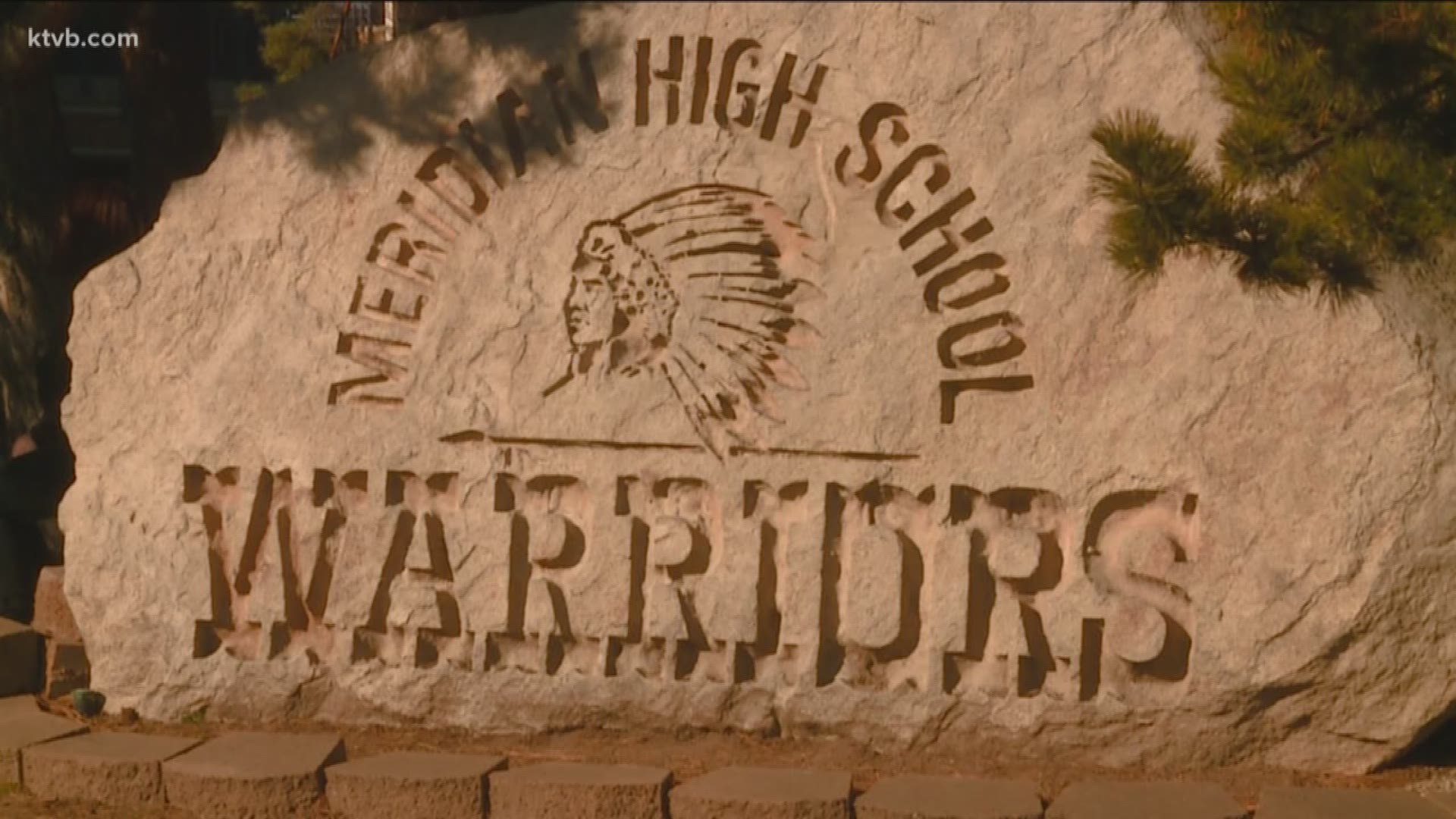 MERIDIAN, Idaho — Meridian High School is dropping their Native American logo. Following a similar path that Boise High School did last year when they dropped their logo and changed their name.

This is in response to a letter written by the Shoshone-Bannock Tribes last summer asking the state to ban the use of Native American logos.

One big difference between what Boise High did and what Meridian High is now doing, is changing the actual name.

Boise High went from the Braves to the Brave, while Meridian is keeping the same name, the Warriors.

"I think they're just trying to be a little sensitive to what people are feeling,” West Ada School District spokesman Eric Exline said.

Instead, the logo that will be featured more is the 'M.' This logo has been in use since 2005, and the school has used both the letter and the headdress since it was incorporated.

RELATED: Should controversial school mascots be put up for a vote?

The school though has no plans on moving entirely away from the headdress logo. There are still signs of it around the school.

One of the first things someone sees when they pull into Meridian High is a giant rock with the headdress on it. Inside, there is a large mural right outside the library that has the headdress logo with the ‘M’ logo.

In addition, there is a bronze statue of a Native American inside the front office.

“There's no plans to take those down,” Exline said. “In part, it's part of the school's tradition, and, in part, it costs money to get rid of.”

Throughout the process the school reached out to tribes in Idaho to get their take on the use of the headdress logo.

The school though did decide to keep the Warriors name.

“That can apply to any kind of person who is just strong and brave,” Exline said.