Eight firefighters are training for a stairclimb in Seattle on March 8. So far, they've raised more than $17,000 to fight blood cancer. 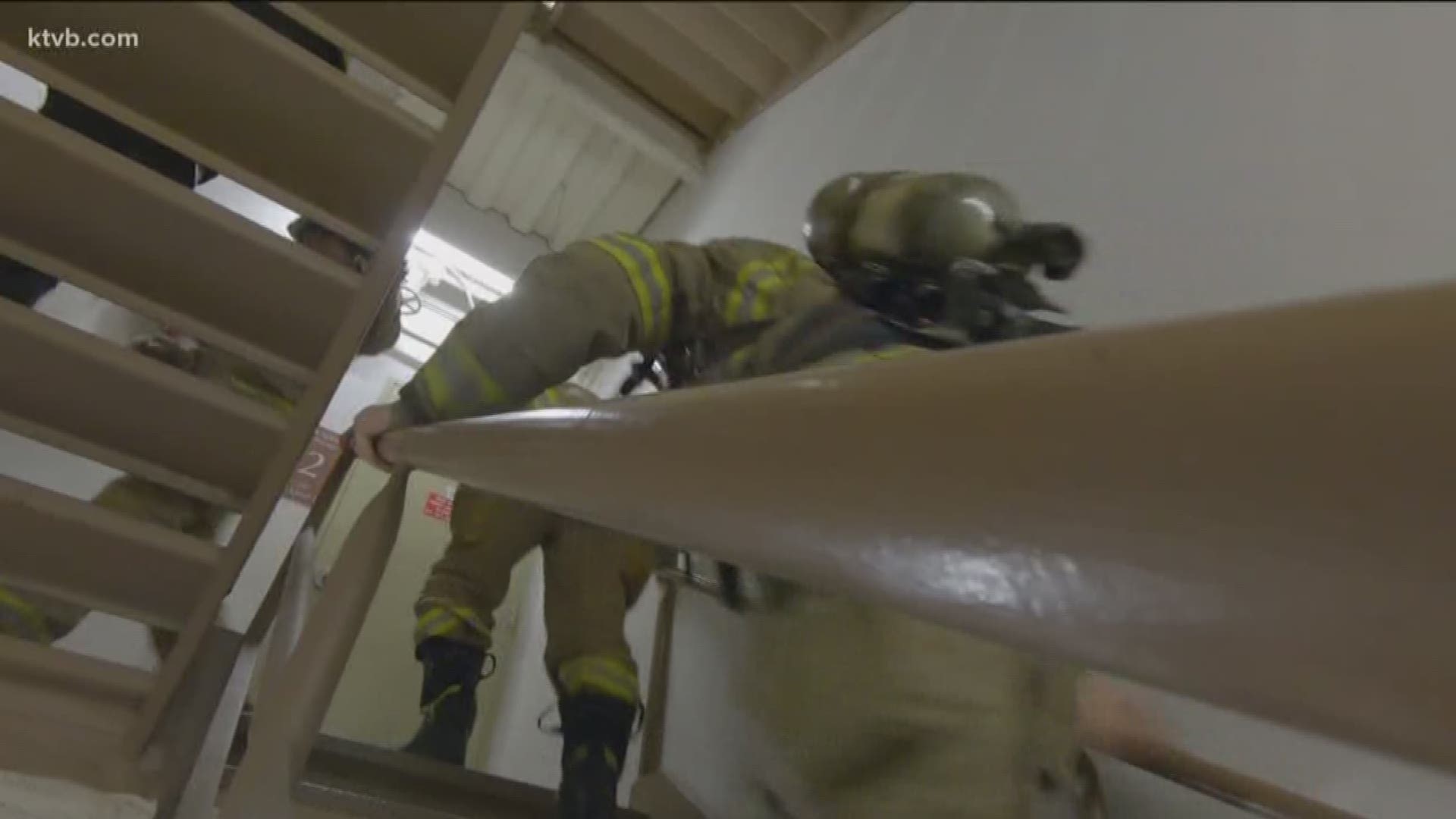 MERIDIAN, Idaho — The 29th annual Leukemia and Lymphoma Society Firefighter Stairclimb is just a week away and Meridian firefighters are doing their part to help the effort.

Eight Meridian firefighters are training for the stairclimb that will be held in Seattle on Sunday, March 8.

To prepare for the event, on their days off from work, they've been training on the 19 flights of stairs at the US Bank Building in Boise.

And if you think that sounds like a lot, it pales in comparison to the 69 flights they will climb in Seattle, along with carrying 70 pounds of gear.

“We have to climb the tallest building west of the Mississippi in full gear while breathing air,” said Meridian firefighter Nick Piccono. “It does prepare us for our job because we are required to do it but the whole goal of this- it goes beyond what we do everything for our work because we want to help support those that are battling blood cancer right now or to go towards research to help battle future patients that may have blood cancer.

The firefighters took part in a fundraiser Friday at the Meridian Dutch Bros at 1351 E. Fairview Avenue.  From 6:30 a.m. to 11 a.m., firefighters conducted on-site training on a stair climber in full gear and collected donations from the public.

Piccono says they have surpassed their original fundraising goal of $17,000 and are now shooting for $20,000, which would be a record for their team.

If you would like to support Meridian Fire Department in their fundraising efforts, click here to donate.