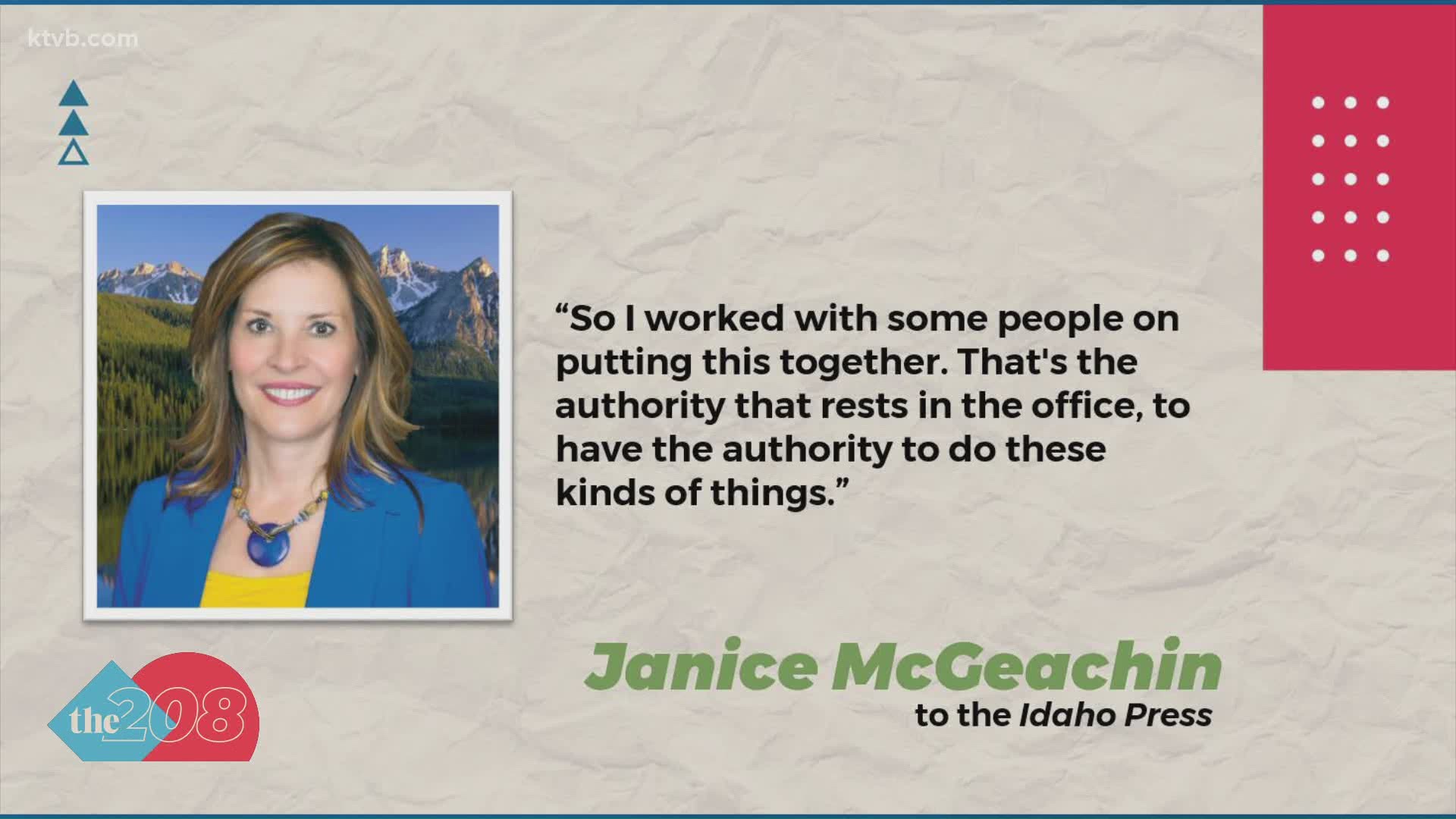 He's expected to return Thursday evening. The executive order was signed by Republican Secretary of State Lawerence Denney and went into effect at 11 a.m.

Little has never issued a statewide mask mandate, but some counties and cities have, as have schools.

Many have been lifting the mandates as more Idaho residents are vaccinated against COVID-19.

The virus as killed more than 2,000 people in Idaho.

Today, as acting Governor of the State of Idaho, I signed an Executive Order to protect the rights and liberties of individuals and businesses by prohibiting the state and its political subdivisions — including public schools — from imposing mask mandates in our state. #idpol pic.twitter.com/Nmb6DX9v6X

Little's office sent KTVB the following statement after the executive order was issued by McGeachin:

McGeachin told KTVB media partner The Idaho Press, “For those who feel at risk, then they should continue to wear (masks). But to force it on others I think is not right.”

She said she’s served as acting governor “five or six times” since she became lieutenant governor, and was notified “just a day or two ago” that she’d be serving in that role this week. The governor left on Tuesday morning.

McGeachin was out of state on vacation at the time, so Senate President Pro Tem Chuck Winder served as acting governor from Tuesday morning until 11:30 p.m. on Wednesday, when McGeachin returned to the state.

It was McGeachin's first chance to serve as acting governor since July.

“So I worked with some people on putting this together,” she said to the Idaho Press. “That’s the authority that rests in the office, to have the authority to do these kinds of things.”

One of the most famous incidents in which an Idaho lieutenant governor took action when a governor was out of state was when then-Lt. Gov. Butch Otter vetoed a bill to raise Idaho’s drinking age from 18 to 21 in 1987, even though the state stood to lose millions in federal highway funding. When then-Gov. Cecil Andrus returned to the state, he reversed the action and the drinking age was raised.

McGeachin acknowledged that Little could simply reverse her order when he returns. “It’s possible,” she said, “but I am just going to remain hopeful that the governor sees the value in this.”

"Earlier today, Lieutenant Governor Janice McGeachin issued an executive order prohibiting mask mandates by the state and its political subdivisions, including public schools. It is not the practice of West Ada School District to change operations in the middle of the school day; therefore, masks will remain in place through today.

We are consulting legal counsel regarding the School Boards’ statutory authority under Idaho Code 33-512 to enforce certain health and safety protocols.

As soon as we have additional information it will be provided."