"There was a little marshy lake, so she had water but no food for four plus days," Jeremy Humphrey said. "So, it was time. It was getting serious." 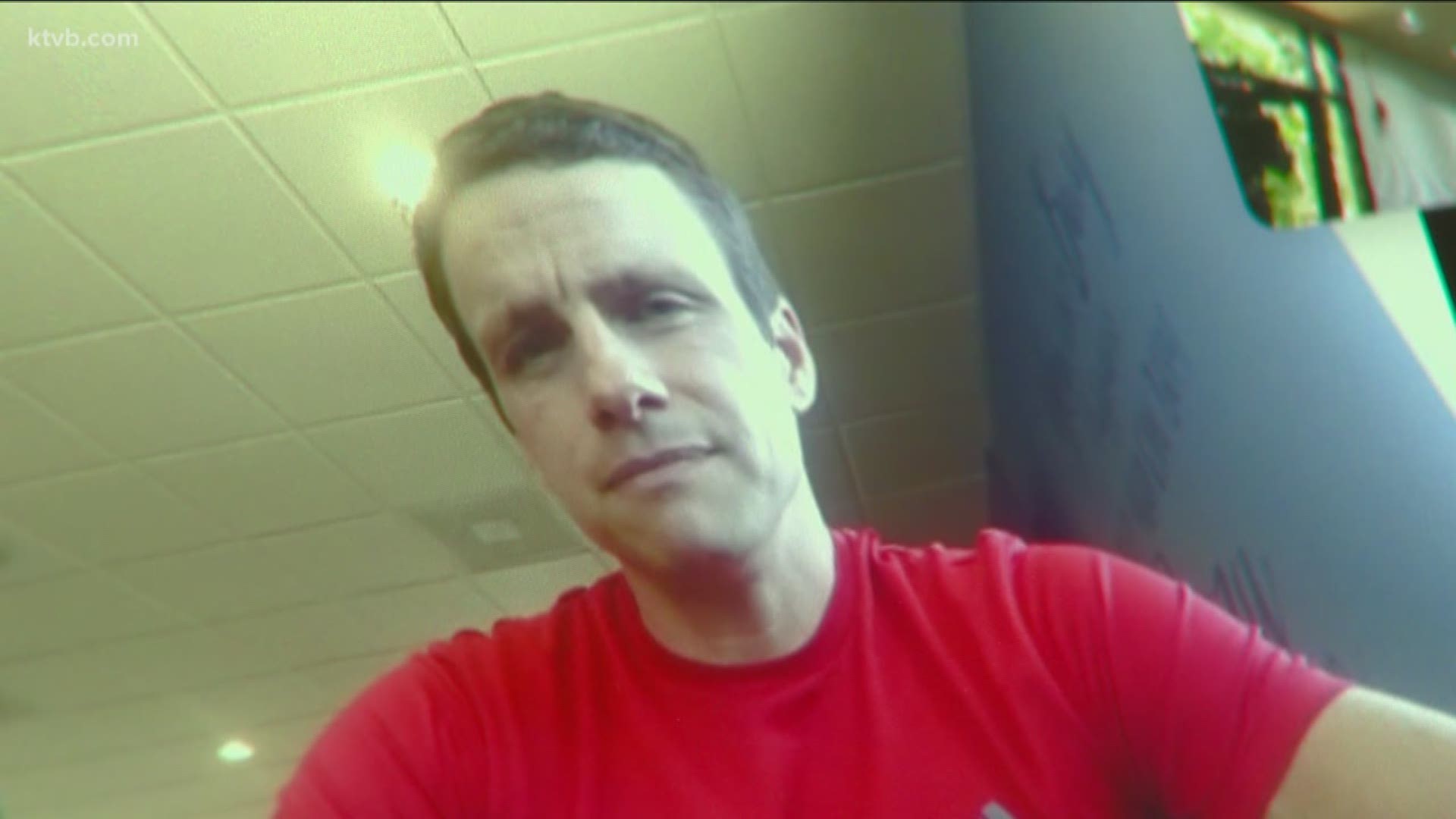 BOISE, Idaho — A McCall man made a brave and daring rescue in the Valley County wilderness.

Jeremy Humphrey is an avid ultra-marathon runner and can move quickly in rough terrain so he put his skills to the test to rescue a hiker who hadn't been seen in nearly a week.

Valley County Search and Rescue says 43-year-old Laura set out to go hiking July 3 and hadn't been seen since.

Her car was found at Peril Lake Trail Head in Valley County.

Humphrey said he was familiar with the area and felt called to help.

"I just felt like a spark," Humphrey said. "I knew I had to get out of bed, throw some stuff in the pack and run. My father passed in the mountains. My entire life is intertwined in mountains."

Humphrey believed he could provide a fresh pair of eyes and legs to the search.

"I thought I had something to offer because I can move quickly in weird, bad terrain," Humphrey said. "It was looking like it was going to be a 40-mile day if I did it right. I got to that Brush Lake area and walked around and didn't see anything."

Humphrey said he climbed to a higher peak, called out to Laura and she answered.

"She was just settled into this little depression in the topography," Humphrey said. "If you weren't above, you would never see it."

When Humphrey got to the woman, he said she was in rough shape.

"There was a little marshy lake, so she had water but no food for four plus days," Humphrey said. "So, it was time. It was getting serious."

Humphrey gave Laura some food and immediately called for help.

"I was very thankful I had three or four bars on the cell and had plenty of battery left," Humphrey said.

A helicopter picked the woman up and carried her to safety.

Despite suffering a sunburn and exhaustion, Humphrey says the woman is okay.

Humphrey says the two plan to get dinner soon and talk about what happened.

"It felt good to do something not selfish," Humphrey said. "Something for somebody else and to use multiple skills that I have honed over my entire lifetime to put me in that position to do something."

RELATED: Child safe after separated from family in Utah mountains