McCall looks to ban feeding deer within the city

Deer have left their traditional migration patterns for the free food in McCall. Officials are now looking at an ordinance to ban feeding wild animals in the city. 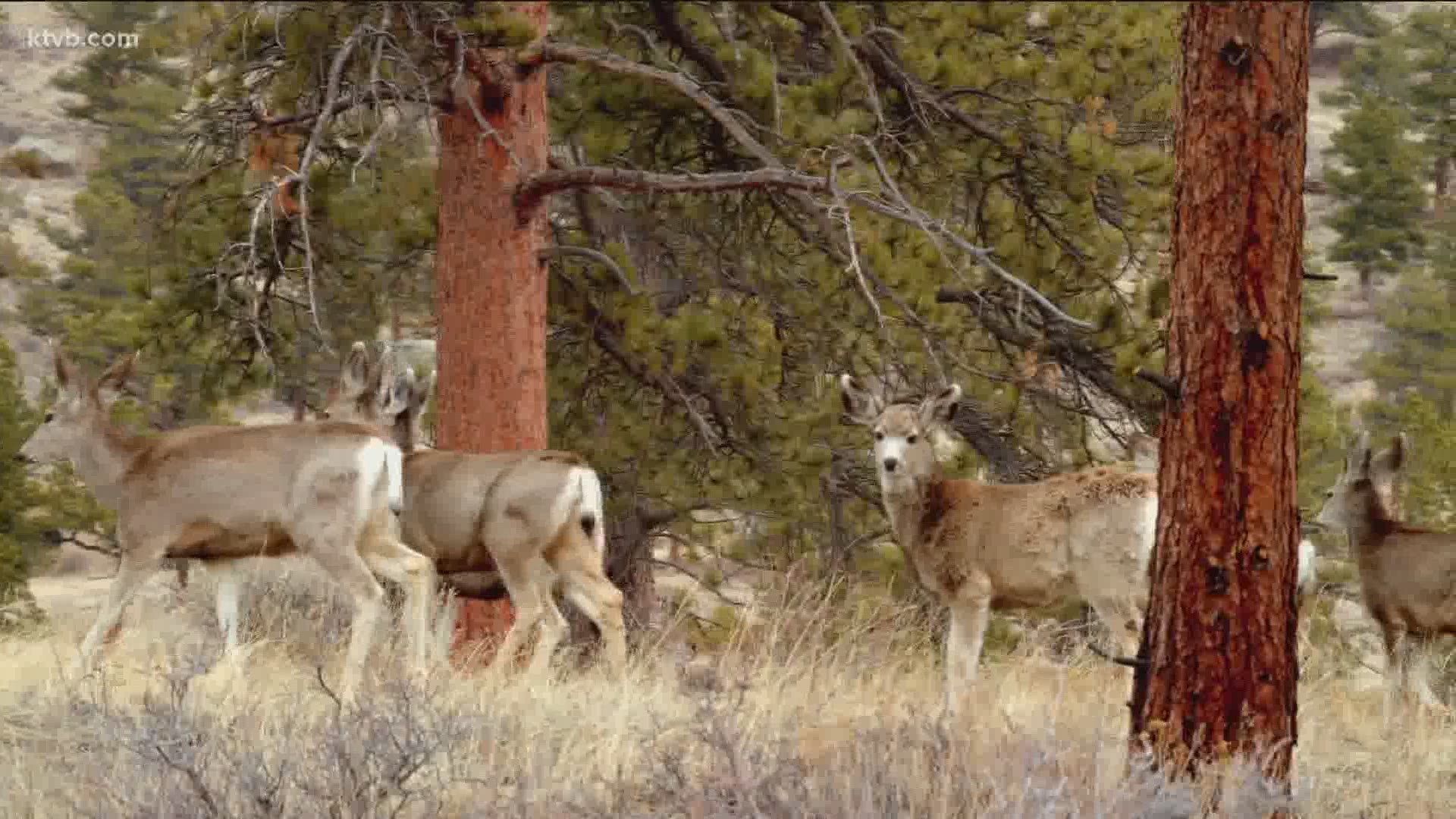 MCCALL, Idaho — If you’ve been to McCall lately, you’ve seen a lot of wildlife. But some say there’s too much wildlife.

McCall code enforcement is proposing an ordinance that bans feeding wildlife in the city. It specifically addresses deer which have become a nuisance.

“There are multiple cities across the United States and in resort communities that do not allow feeding of wildlife in town,” McCall Police Chief Justin Williams said.

It’s a safety hazard not only for the people, but the animals too.

“Officers continually have to respond to wounded, maimed, dead and dying animals in town,” Williams said.

The deer population has risen to a point where it has attracted predators. Mountain lion sightings have been on the rise from year to year.

“I’m amazed that we have yet to have a mountain lion attack in the city,” Williams said. “Because they’re here and they should not be here during the winter. Because these deer should not winter in McCall.”

The Idaho Department of Fish and Game agrees. They say McCall is not a natural winter range for deer. The deer should migrate downhill to lower elevations to find food for the winter time.

“They’re getting food [in McCall] so there’s no need to [migrate],” Fish and Game Regional Wildlife Manager Regan Berkley said. “But they’re being fed by a person. So that erodes that wild instinct to migrate.”

If the ordinance goes through, Fish and Game plans to trap and relocate the healthy deer population. This is to acclimate the deer to a natural migration pattern.

The draft will be finished by June 10, according to Williams. It is to be presented to the city council on the June 24.

An emphasis will be placed on education, but repeated violations could result in a fine, according to a city press release.

The city council will not have a public hearing but is encouraging residents to provide input on their website.