McCall Fire and EMS said this summer alone they've responded to as many injuries from the cliffs at Payette Lake as they have in the last two decades. 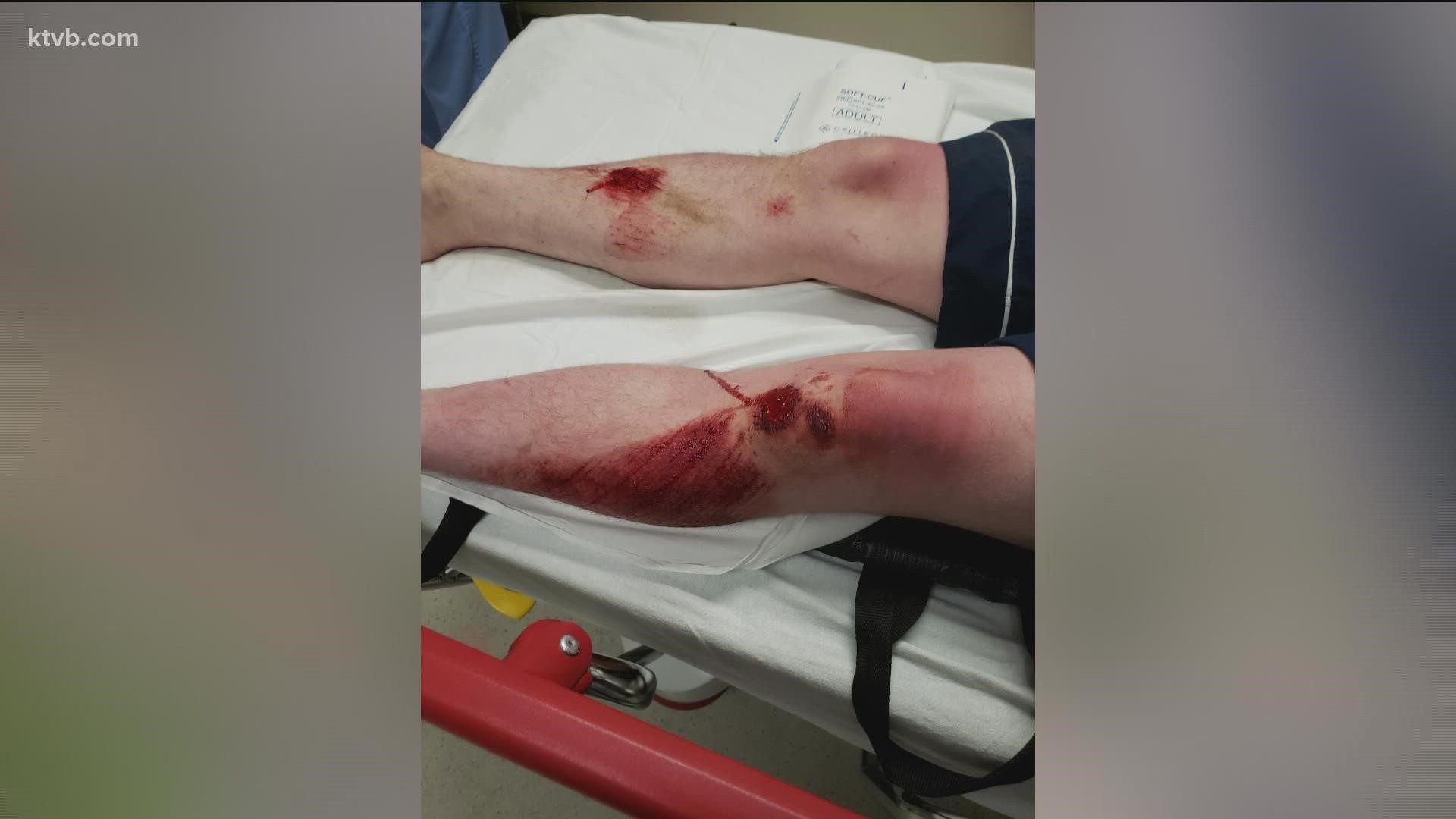 MCCALL, Idaho — Cliff jumping is a favorite pastime for many Idahoans, but for as much fun as it can be, it can also be dangerous.

McCall Fire and EMS said this summer alone they've responded to as many injuries from the cliffs at Payette Lake as they have in the last two decades.

Officials are now asking people to make smart decisions as they head out to the lake to recreate.

"I'm generally a little bit confident than other people think I should be which is what happened," said 20-year-old Galen Thomas of Kuna. Thomas was seriously injured after he attempted to jump off the cliffs.

Thomas said he has been cliff jumping for years, but hadn't ever jumped from the cliffs on Payette Lake. He and his family were vacationing up in McCall for the Fourth of July weekend when his Dad introduced him to the spot.

On July 7, he and a friend went to the cliffs to take the leap. Thomas said his confidence gave him the motivation to start off on the tallest, 40-foot cliff for his first jump. It was an experience he will never forget.

"My foot slipped a little bit as I was going to push myself forward," Thomas recalled. "As soon as that happened I had two choices; I had to either get aggressive and push myself out there even further and go for it, or to pull myself back."

Thomas explained that he thought he did not have enough momentum and hesitated on the jump but it was too late.

"I'm a man of faith, so I started praying," Thomas said.

He slipped, skidded along the cliff and hit his shoulder on a rock before landing on his back in the water. The Kuna man dislocated his shoulder, injured his humerus bone, sprained his ankle, had lots of cuts, bruises and road rash on his body.

"All sorts of stuff that was not pretty when seen on a camera," Thomas said.

Thomas is one of seven injuries McCall Fire and EMS have responded to this summer at the cliffs.

It's concerning to Fire Chief Garrett de Jong, who said there were about seven injuries reported in the last 20 years.

"We had one day right before the Fourth of July that we went out there three times," de Jong said.

Chief de Jong said the responses take up a lot of the fire department's and EMS's time and resources. When there is an injury at the cliffs they have to send an ambulance and a boat out of town.

"It takes about 20 minutes to drive out there and it's about a 20-minute boat response from the marina in town," de Jong said.

Chief de Jong believes the increase comes from a mix of things. He considers the cliffs iconic to McCall and noted that more tourists are heading over to Payette Lake. Not to mention, there is also the increase in the city's population that has happened within the past year.

However, de Jong also thinks it's from people drinking and making bad decisions. He added that some injuries are from people influenced by peer pressure and just are not ready to jump off the higher cliffs.

"I think people will instantly jump up to the top cliff and maybe hesitate before they jump or not take a big enough step and not make it all the way to the water," de Jong said.

While the rise in injuries isn't prompting any closures to the cliffs for the future, McCall Fire and EMS is asking people to make smart decisions while up there.

"Start on the smaller ones and work your way up to the bigger ones," de Jong said.

Thomas agreed and said he should have dialed it back before going for the biggest cliff.

"As long as people are sure of themselves and have the experience necessary, then I don't see the problem in it," Thomas said.

Chief de Jong said if there are more injuries reported in the next few seasons or even consistency in injury patterns, they will develop a specific educational campaign aimed at reducing injuries.

Thomas' father started a GoFundMe campaign to help him with medical costs.