'An affront to all that we are': Boise mayor condemns Nazi hate symbols at Anne Frank Memorial

Boise Police has an open vandalism investigation into the incident, and the stickers have been removed. 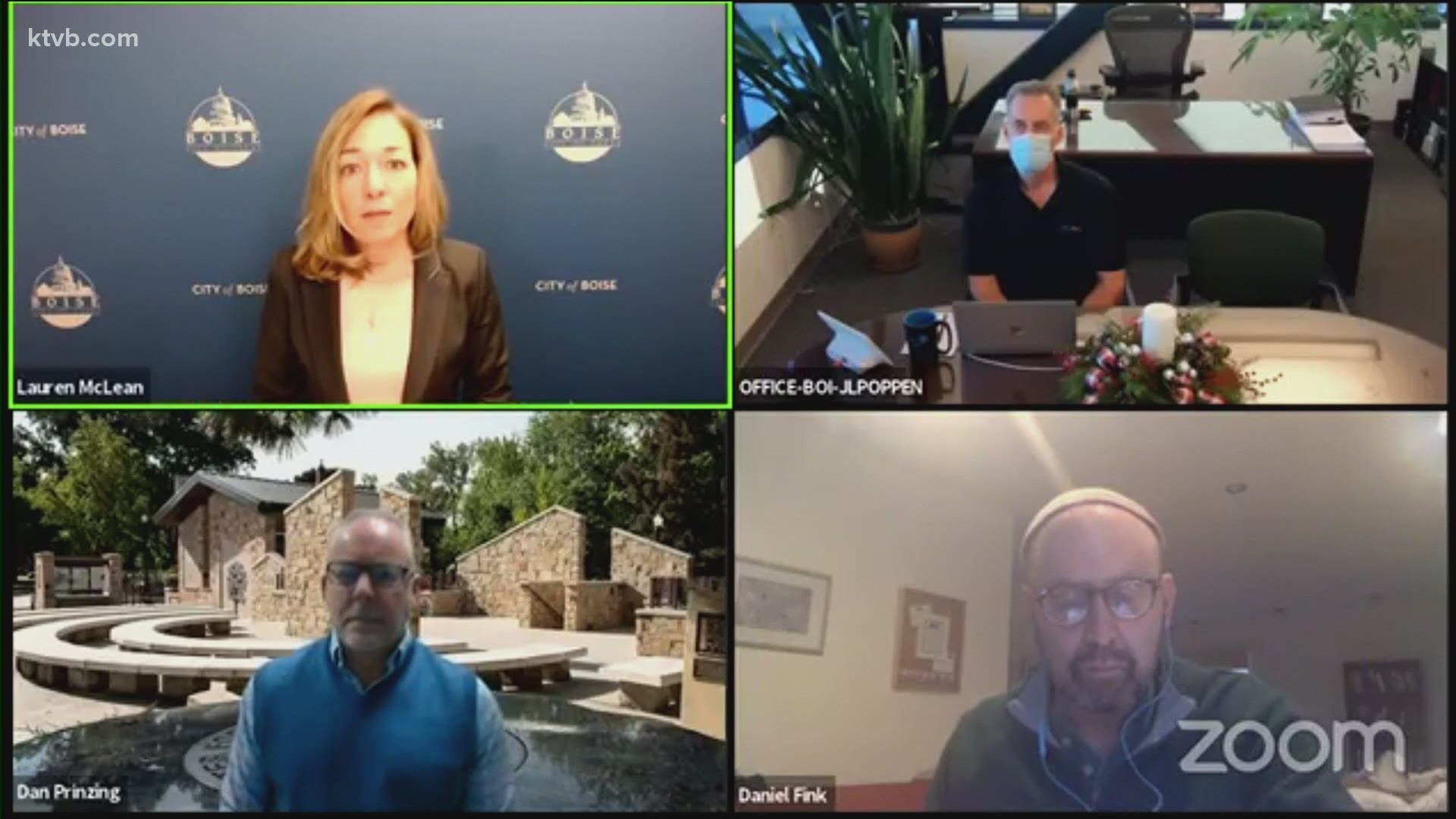 The nine swastika stickers were placed throughout the Anne Frank Human Rights Memorial in downtown Boise sometime between Monday night and Tuesday morning. The Nazi symbols were accompanied by messages reading "We Are Everywhere."

Boise Police has an open vandalism investigation into the incident, and the stickers have been removed.

RELATED: How the Anne Frank Memorial in Boise became a one of a kind monument to peace and human rights

The hate symbols drew swift denunciation from Boise residents and leaders. One woman visited the memorial to place flowers and a new sign, which read "WE are everywhere. We choose love." Others added bouquets to the display.

You can also watch the press conference live on our YouTube channel:

The mayor was joined by other local leaders, who also spoke out against the vandalism.

Dan Prinzing, the Executive Director of the Wassmuth Center for Human Rights, said the incident left him questioning whether the hateful sentiments were shared by the wider community. But he said he was heartened at the number of people who reached out in support, brought flowers to the site, and openly renounced the anti-Semetic vandalism.

"The kinds of things currently happening in our community, like anti-Semitic and racist acts of vandalism and harassment and violence against public officials, are wrong, and they don't represent the Boise that we know," he said.

Rabbi Dan Fink said he was shaken to see the Nazi symbols left around the memorial, drawing a comparison to the harassment, assault, and targeting of Jews in the lead-up to the Holocaust.

"To see a swastika sticker on the book on that statue that represents Anne Frank's diary, to see people storming the places where our government function, the homes of our government officials, was truly chilling to me," Fink said, alluding to the protests this week at the homes of several elected officials.

Fink warned that the city is approaching a "tipping point," and urged those who were hurt and dismayed by the vandalism to show their support with actions, not just words.