The city says the decision to "pause" the $85 million project is due to questions of cost and legality. 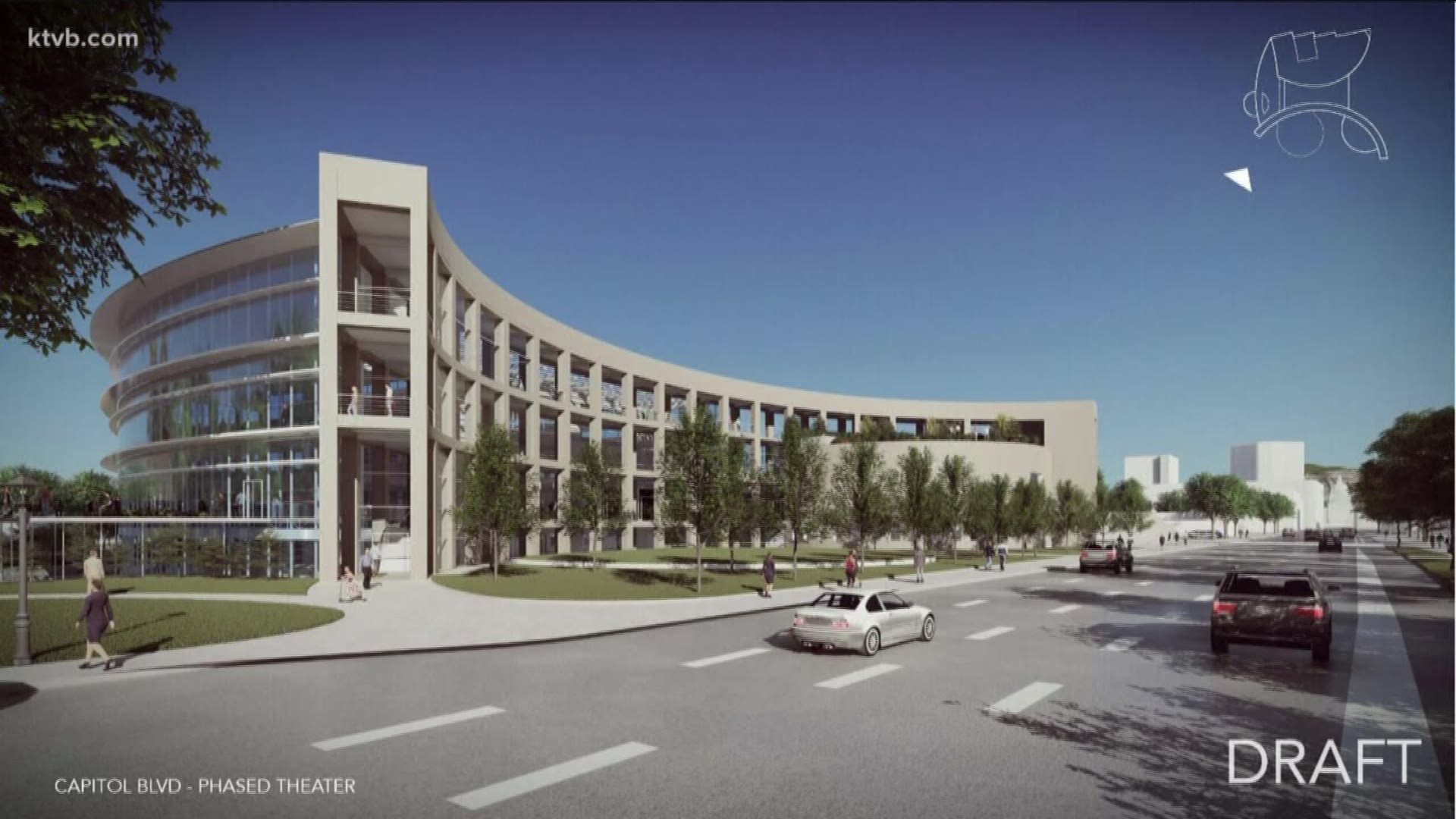 BOISE, Idaho — The City of Boise will halt planning on the proposed Main Library project and the issue will not appear on the November ballot, Mayor Dave Bieter announced Friday.

The decision to "pause" the $85 million project comes after two new developments this week, according to the city.

Ada County Clerk Phil McGrane informed the mayor that he will not place the library item on ballots for the November election.

In July, the City Council adopted an ordinance to request a "special election ballot question" in response to Boise Working Together's initiative to have a public vote on the projects.

The city's ordinance called for a public "Yes" or "No" vote on whether people would support the library project.

The people's initiative, put together by Boise Working Together, called for a "vote to have a vote" on the library and other future projects. That initiative will still be on November ballots.

The city's special election question is what is now on hold.

In a letter sent to Bieter and City Council, McGrane said he had, "reservations about the City's legal authority to request such elections."

McGrane consulted both the Idaho Secretary of State and the Idaho Attorney General's Office.

Secretary of State Lawrence Denney wrote, "After a thorough review by both my office and the Attorney General's Office, we have concluded that the City does not have the authority to place such an advisory vote question on the ballot."

Denney cited issues with Idaho law that would prevent the City of Boise from being able to place the question on the ballots.

Idaho Deputy Attorney General Brian Kane agreed with Denney, writing in a separate letter, "The broad grant of implied authority by the City of Boise to place the 'special ballot question' upon the ballot is simply not found within existent Idaho law."

Kane added that the Legislature governs municipal elections, limiting a city's authority in them and this case for the City of Boise had no legal exception.

According to Kane, "Advisory ballot questions are permitted only at the county level" and cities cannot create elections the county has to pay for.

Overall, both Denney and Kane recommended to McGrane to deny the city's request to place the special election question on the ballot.

The city can only get McGrane's decision reversed through legal action, which the city says it will not do at this time.

“With the short time frame we had for ballot deadlines and for getting language approved and lots of other things that had to take place, the time frame is just too short to make all that happen and still get it out there,” said Mike Journee, City of Boise spokesman.

In addition, cost estimates for the project have come in much higher than expected, pushing the price tag above the city's $85 million budget. Journee said that's another reason the city is putting the brakes on hold. The project planning team says the hot construction market and "extreme volatility" in building material prices are behind the estimated cost jump and new cost estimates place the project nearly $20 million over budget.

The mayor says he will recommend the city explore different options to fund the project, including seeking philanthropic donations, possible design changes and assessing whether market changes could place the project in a better financial position.

Bieter said even though the project is on pause, there is still a need for a new library.

“I continue to be committed to a new main library that meets the needs of our community with a fiscally responsible plan,” Bieter said. “Pausing our planning for the time being is a judicious and reasonable move to ensure a new Main Library is built for generations to come.”

RELATED: Public will have a chance to comment on Boise library, stadium projects

A public hearing on the vote, which had been scheduled for Tuesday at 6 p.m., has been canceled. The city has also canceled a planned 3 p.m. briefing on the project before the city council.

The city will schedule another open house once officials understand how the project might move forward.

Boise Working Together, the group behind the initiative to get the public a vote on city projects, sent a statement about the city's decision to pause the project saying it is "the right decision at the right time."

"Today’s announcement that city planning and expenditures on the existing plan for a new downtown events center and library have been suspended, and that the City Council will not pursue its own “special question” and an advisory, non-binding vote in November, gives the city a much-needed and prudent “time out” on a civic project fraught with concerns and magnifying in its impacts and costs.

“It is the right decision at the right time.  It pauses a runaway train.  It gives the people a chance to guide with steadier hands and clearer vision what has now ballooned to be an estimated $104 million venture.

“Finally, our city leadership has acknowledged what a growing number of citizens have been saying for over a year — that the costs and consequences from this project are accelerating, while the ability of citizens to meaningfully influence the outcomes is steadily being eroded."