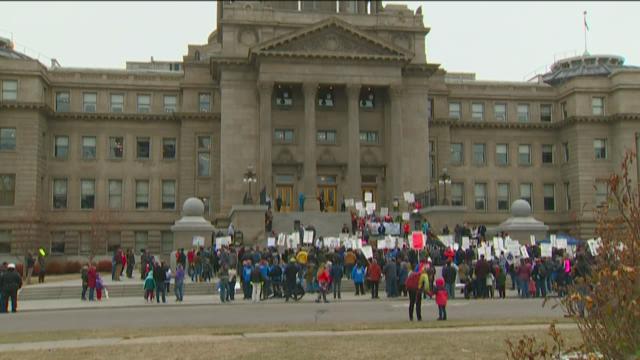 BOISE, Idaho — Hundreds of people of all ages and from across the Treasure Valley marched to the Idaho State Capitol Building from Boise State University for a rally in honor of Dr. Martin Luther King Jr.

“As we all know Dr. King concerned himself with racism as he put it in 1968, racism is total estrangement, it separates not only minds but bodies and spirits, some of our legislatures have expressed concerns with me about such separation wanting to ensure that if people gather apart from each other they also come together again,” Tromp said.

As an activist, a minister, a dreamer, King became a national leader for the Civil Rights Movement before he was assassinated in 1968. Over five decades later, his accomplishments and teachings continue to inspire generations.

Dr. Tromp, along with others who spoke out encouraged everyone to continue to make King's dream, a reality.

“His efforts helped to change the world and in this moment such an approach can be transformative,” Tromp said.

RELATED: 'I have a dream that enough is enough,' MLK granddaughter proclaims

RELATED: On MLK Day, here's where to go to reflect on King's legacy