The Idaho Red Cross presented Darrin Hansen with its Lifesaving Heroes award for his heroic actions. 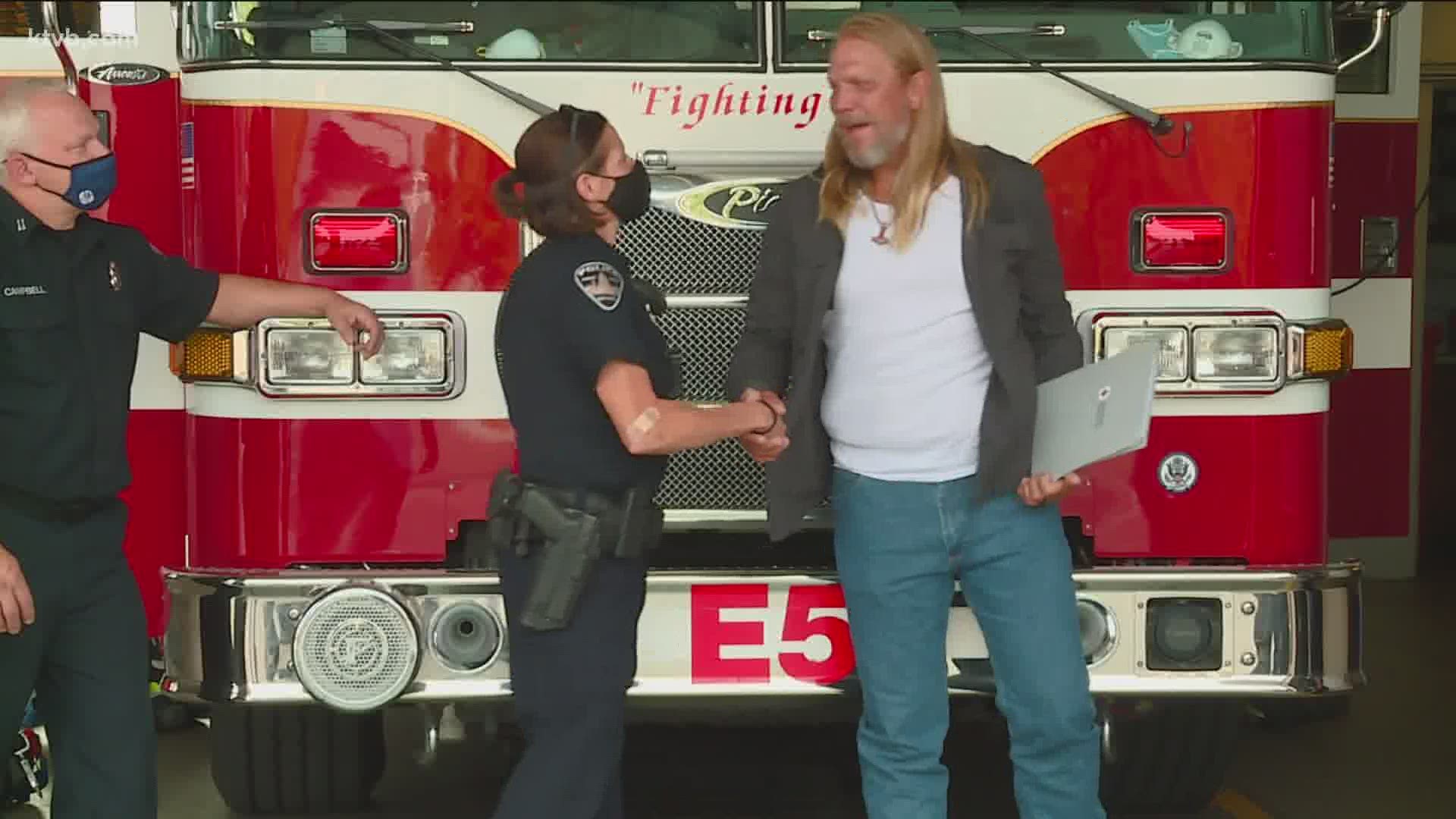 BOISE, Idaho — A man who rescued a woman from the Boise River was hailed as a hero during a ceremony on Wednesday.

The Idaho Red Cross presented Darrin Hansen with its Lifesaving Heroes award for his selfless actions back in July of 2019.

According to the Red Cross, Hansen heard a woman screaming for help after she fell out of her raft and was clinging to a tree branch. Without a second thought, Hansen jumped into the fast-moving water, convinced the woman to let go of the branch and then swam to shore with her hanging onto him.

"It took him quite a while to convince her to let go of the branch because she was in such a panic," said Red Cross spokesperson Barbara Webber. "And he took her over to shore where he handed her over to the Ada County paramedics."

A diversion dam waterfall is a short distance downstream, officials said, so the incident could have ended much differently if it wasn't for his effort.

"Even though it was July, it was fast-running, cold water, it was about chest-deep for him," Webber said. "He is a tall guy, but still he is 15 feet from the shore there. So a rather dangerous situation for somebody to put themselves in to save somebody else's life."

Hansen was nominated for the lifesaving award by a Boise firefighter.