Taylor Davis says his encounter with bear only lasted for about 15 seconds. Then it was gone. 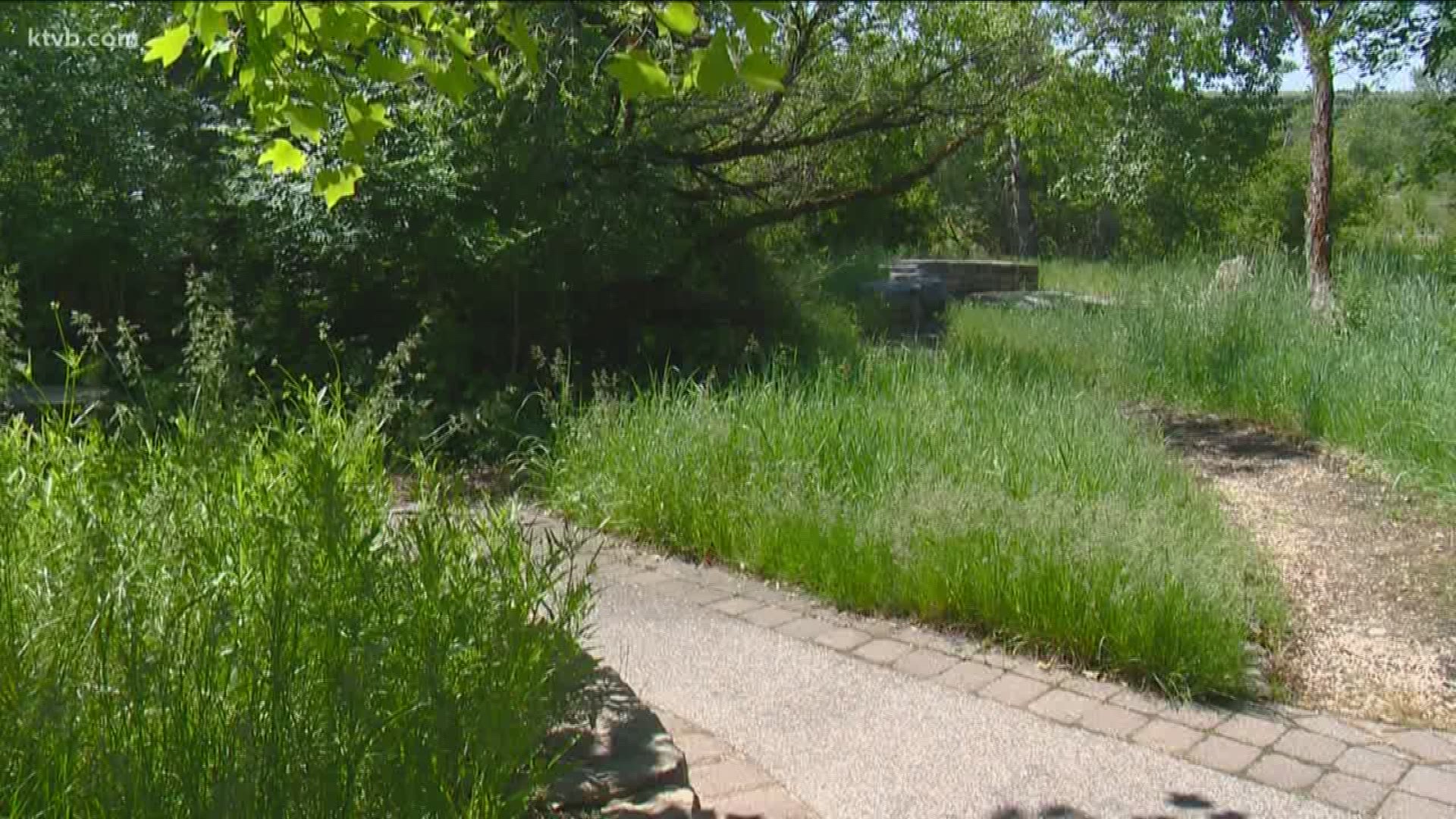 BOISE, Idaho — We are getting our first look at the elusive black bear that Idaho Department of Fish and Game says is still hanging around southeast Boise.

The bear was spotted again Thursday morning near the diversion dam off of Highway 21.

Right now, Fish and Game officers are continuing to monitor the bear's movement.

Boise Police shared a photo of the bear's paw-print when crews were out looking for the animal.

Taylor Davis is the groundskeeper at the Idaho Shakespeare Festival. He took video Wednesday afternoon when he saw the bear.

"The bear came up out of this grass and it was moving pretty quickly, and it didn’t even look at me and it kinda headed around on the other side of that flower bed right here and was pointed in towards... going in towards the theater," said Davis. "And I was doing my best to holler 'heads up, here comes a bear!' And I kind of just walked and cut it off and yelled at it to go the other way, and it went back around down this trail and hopped up on that rock wall and just went back down into the park."

Taylor says he heard about the bear sightings on Twitter before this happened, so he was on the lookout for it.

We asked him to describe it.

"Medium height, 3 and a 1/2 feet tall roughly, but a good-size bear," said Davis. "Animal that comes out of the grass like that, it's bigger than your average dog, so you'll notice it pretty quickly."

Taylor says the entire encounter only lasted for about 15 seconds.

He says he's seen all sorts of wildlife there -- from bobcats to moose to birds and snakes. But this was the first time he's seen a bear.

If you see the bear, you're asked to call Ada County dispatch.