A new viral social media post is adding fuel to the fire between the company, DF Development and Idahoans traveling through its huge swath of private property 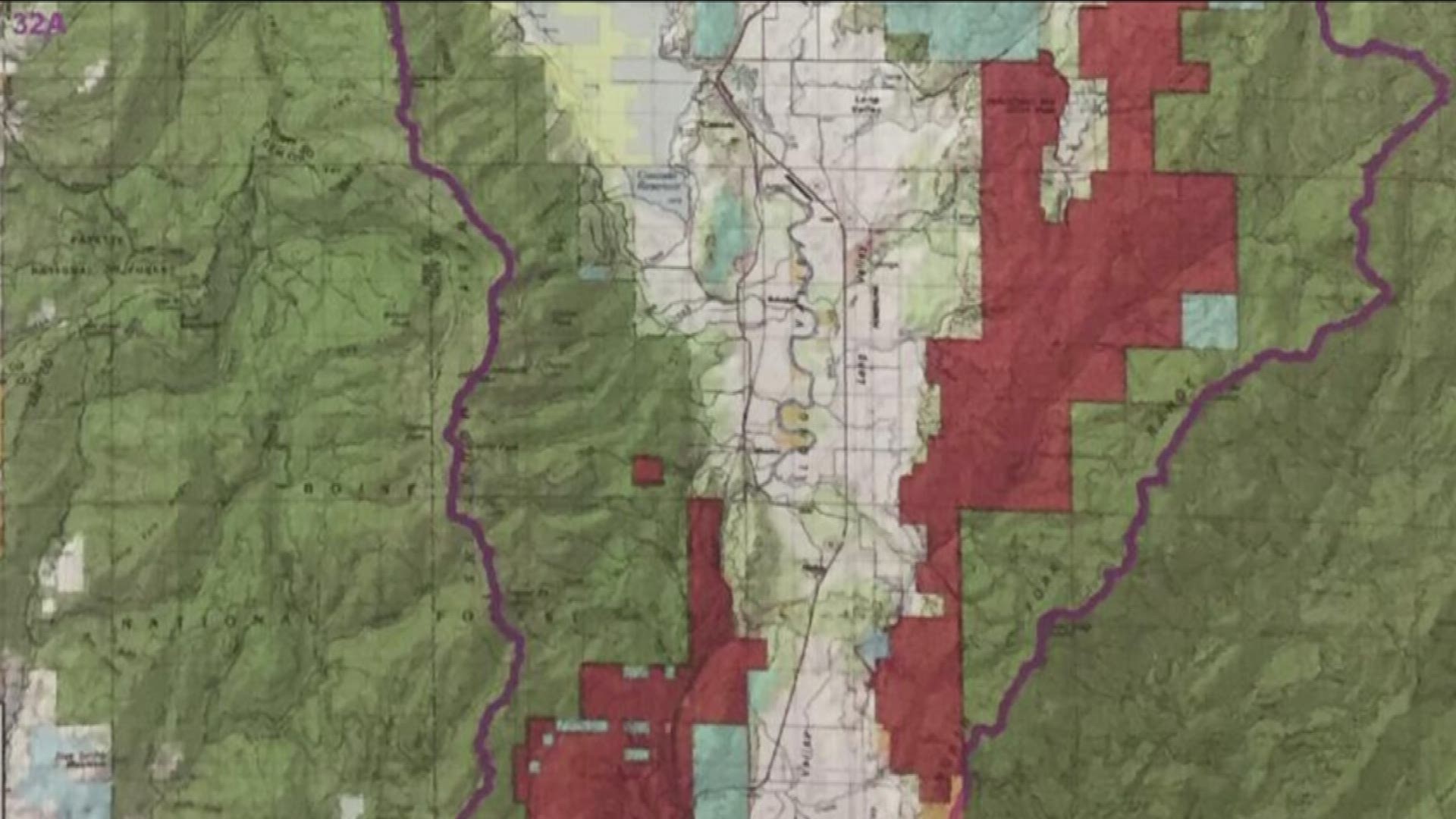 It’s no secret that tensions have been building between some outdoor enthusiasts and a Texas company that purchased thousands of acres of land in Adams, Boise, and Valley counties. Land that’s comprised of prime and popular hunting grounds.

A new viral social media post is adding fuel to the fire between the company, DF Development, and Idahoans traveling through its huge swath of private property.

The post shows a man wearing a DF Development shirt telling a driver, who is on a public road, he’s trespassing.

The man who shot the video did not want to be identified, but KTVB did speak with him over social media.

The man says he was heading up to East Fork Clear Creek, which is in the Boise National Forest, to go camping with some friends. He stopped on Clear Creek Road and that’s when he says the confrontation with the DF Development security guard ensued.

A little more than six months ago, DF Development bought about 170,000 acres of land in Valley, Adams, and Boise counties. The land was previously owned by Boise Cascade, followed by Potlatch Corporation, who would allow hunters and outdoor enthusiasts to use the land to recreate. Something DF Development is looking to change.

“Now, DF Development has bought it, which is another private company and they are starting to lock it up. So people just really need to pay attention and do their research before they go out and play in Valley County,” Valley County Road and Bridge Superintendent Jeff McFadden said.

Amongst all that land you’re going to find NF 409, also known as Clear Creek Road. It’s the same road this man says he was threatened to be prosecuted for trespassing if he returned.

“When you first talked to me you asked me what I’m doing here because I’m on private property, but now you're saying you don't even know what it is,” The man can be heard saying in the video.

“No, it is private property on the side,” the security guard stated.

“No, you said the road. You said where I am at is private property,” the man replied.

Clear Creek Road is maintained by Valley County and does have a 66-foot easement that allows the public to use that road, even though there is private property on both sides of the road.

“Yes. He really didn't have a right to question this guy if he didn't' really know where the private property was,” McFadden said. 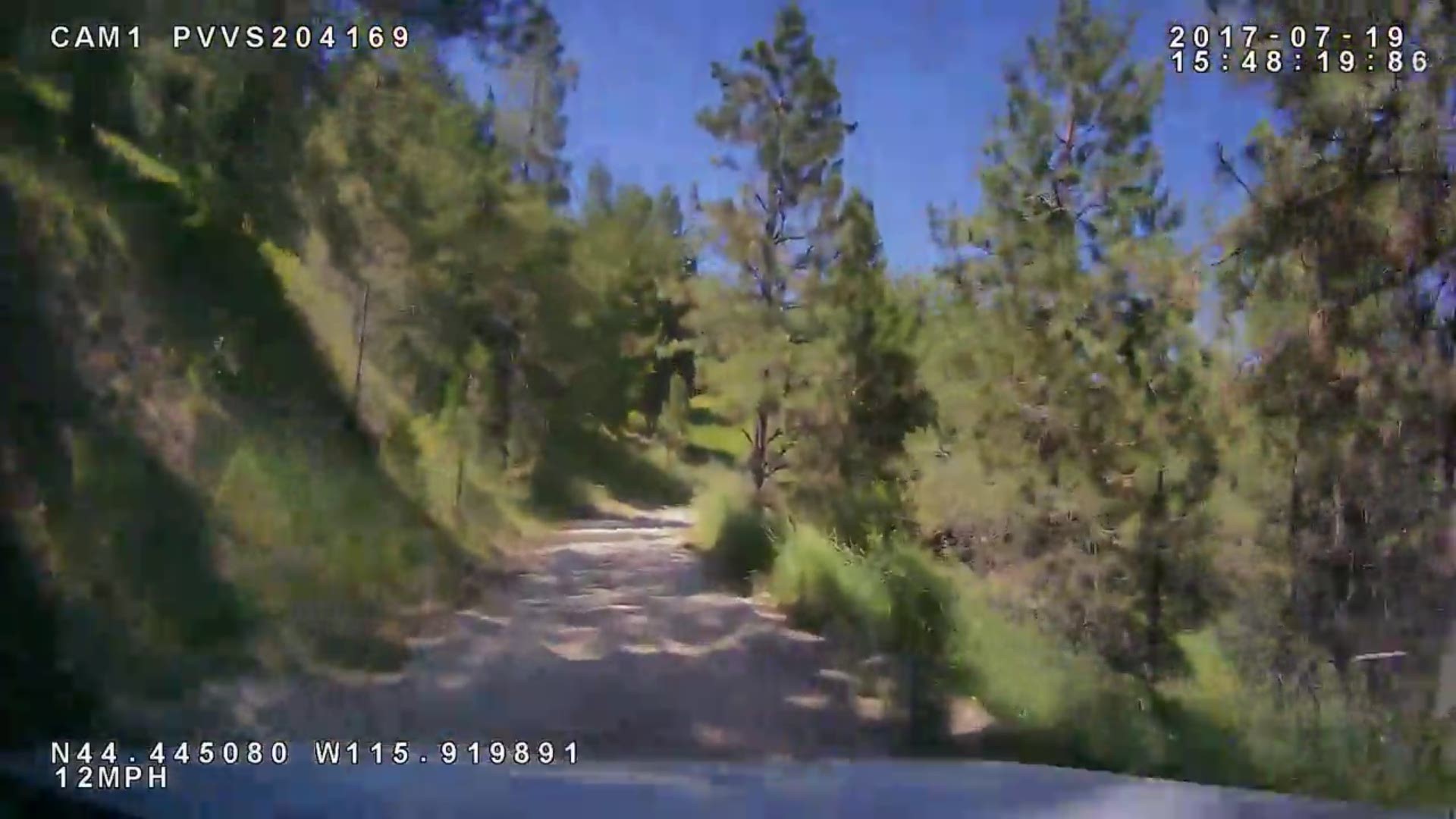 DF Development is aware of the situation and released this statement to KTVB:

“An employee of a private security firm retained by DF Development came upon a stopped vehicle on a public road bordered on each side by property that we own. The guard believed that the owner of the vehicle intended to unload and then operate the off-road vehicles that were on the trailer. The guard’s intention in speaking to the owner was simply to reinforce that the land on either side of the road was private.”

“As we have previously publicly stated, we continue to get requests for access, and as such we feel a responsibility to manage this land correctly and to establish proper procedures for gaining entry to our property. The clear majority of people who have accessed this land over the years have shown great respect for our property. Sadly, we continue to be disappointed by people who have ignored gates, signs, and warnings and simply walk around, over and through as though the property is theirs. To encourage a reduction in that sort of trespass along with an increase in respect for private property rights, we will only be granting access on a case by case basis.”

McFadden says the DF Development property should also be marked.

“I believe it has to be marked every 660 feet in orange paint,” McFadden said.

McFadden tells KTVB there’s been a lot of questions and concerns from the public regarding what roads are open and what roads are closed, which is why he says people need to do their research.

“It's kind of spread all through Valley County, we get calls on certain roads just kind of anywhere that people will call and we can tell them yes that is a public road or no that's still up in the air on whether the public has an easement through there or not,” McFadden said.

The man tells KTVB, he and his group were able to make several trips back to Cascade on the road without any other incidents.

A spokesperson with the Payette National Forest tells KTVB that not every road you find in the forest is a national forest system road. The road could be a state road, county road, Forest Service system road, or private property.

The Department of Lands also tells KTVB they do have some lands that are landlocked. Where their land is surrounded by private property and they have no way of accessing it as the landowner hasn’t granted them an easement.

You can check out Boise National Forest roads here.

Department of Land roads can be found here.