The man and his crew plan on cleaning up trash as they make their way down the Boise River. 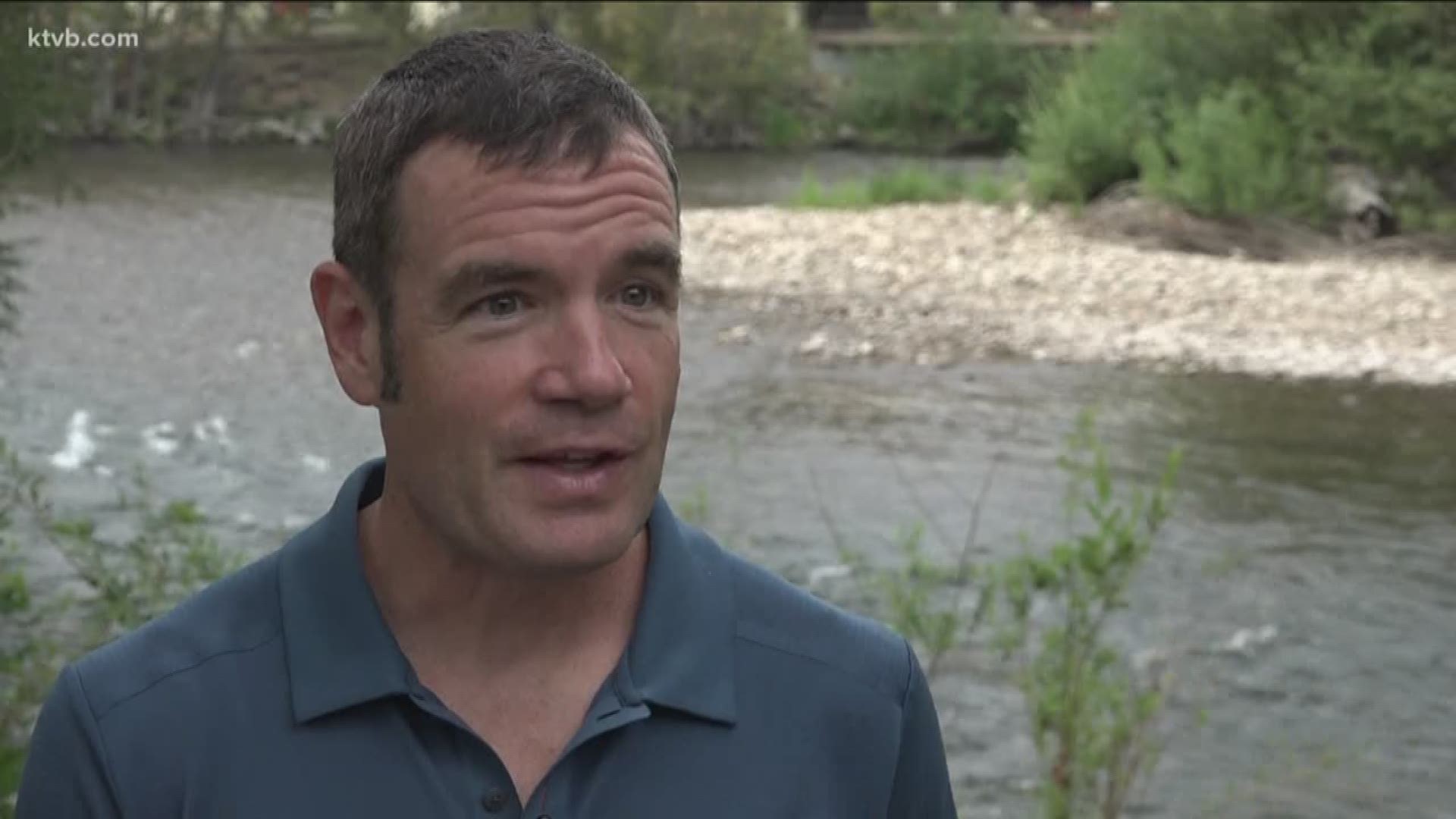 BOISE, Idaho — Christopher Swain has swam in many waterways including the Hudson River, as well as the entire 1,243 miles of the Columbia River. Now, he plans to swim the Boise River and help clean the river on his way downstream.

"In 2013, some science students [at] Timberline High School called me up and said, 'Hey, can you come out and look at the Boise [River]? We think there might be a way that you can help,'" Swain recalled.

The traveling water quality advocate will begin his swim in the Sawtooth Mountains, making his way down the Boise River to the Snake River.

"What we want to do is put the Boise River in the public eye, give it it's moment, help build its fan base, and help people know some of the beauty, magic and power of this resource," he said.

Swain, who is from New York, and his crew will be picking up trash as they make their way to the Snake River. He also wants to show the ecological and economic importance of the Boise River by taking a break and speaking with folks who live along the bank.

"We're gonna get a sense of what this river is and what it means to all different people," Swain said. "Get in the water and find a way - tell the story all the way down."

Swain said he swims waterways around the country to spread awareness about water pollution, but also to get people talking about the issue.

"I think the bigger the conversation we have about how to take good care of this river [and] how to make it work for everybody, the better off the river - and us - are going to be," Swain explained. "What we're probably doing is making the river more friends, and how could that hurt right?"

Swain will start his month-long journey in the Sawtooth Mountains on Thursday. He plans to hit the Snake River by Sept. 8.