Peter Kraines, a Special Tactics pararescueman, was participating in mountain rescue technique training when he fell, according to the Air Force. 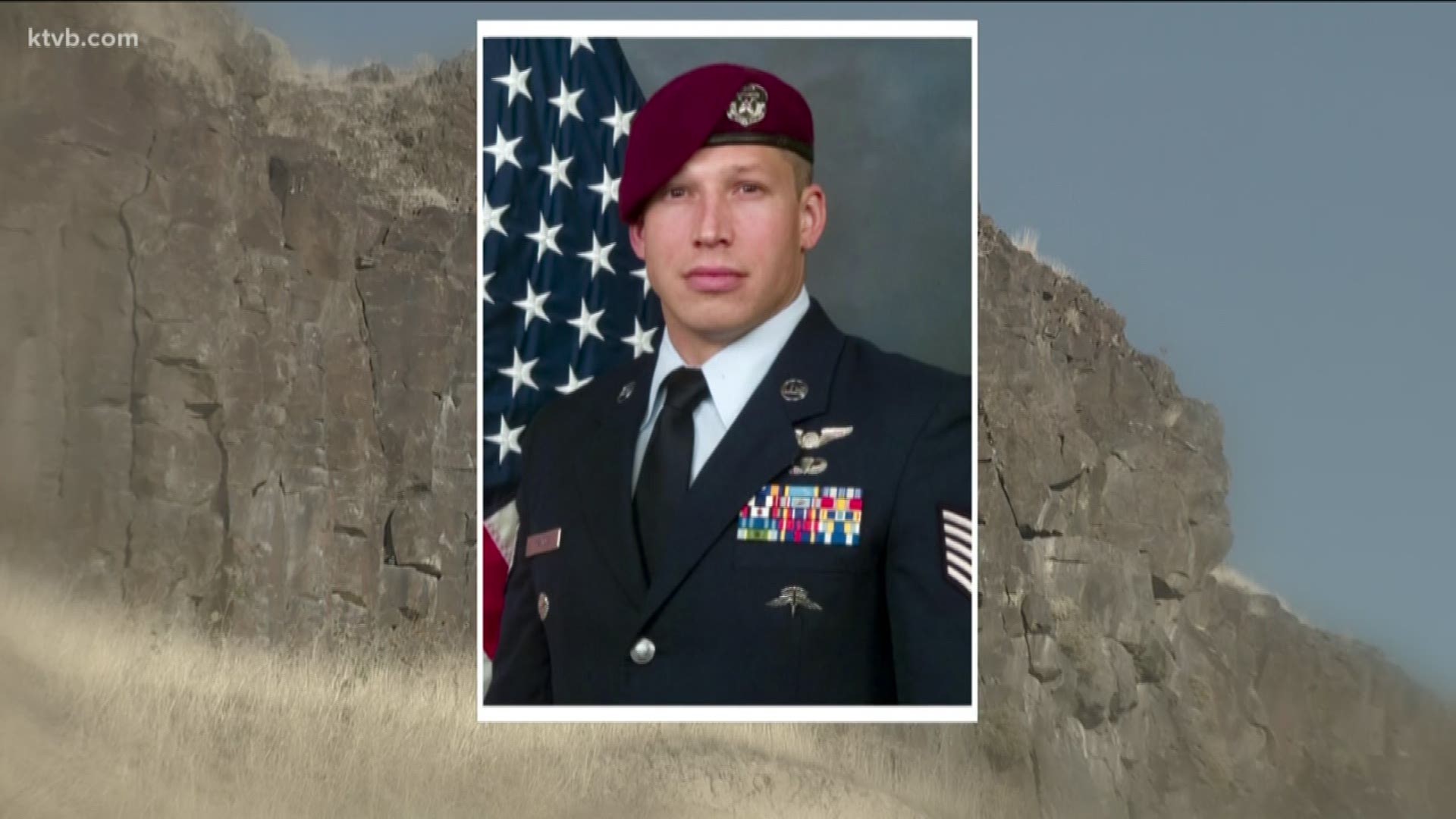 BOISE, Idaho — A man who fell to his death from the Black Cliffs east of Boise Tuesday afternoon was participating in training with the United States Air Force.

Kraines, a Special Tactics pararescueman, was participating in mountain rescue technique training when he fell, according to the Air Force.

According to the Ada County Sheriff's Office, Kraines and the other climbers with him were wearing safety harnesses and had the proper equipment with them. Authorities say he fell about 40 feet from the cliffs to the ground below after experiencing some type of equipment issue.

Other climbers dialed 911, but Kraines died at the scene.

"This is a tragic loss to the Special Tactics community," U.S. Air Force Col. Matthew Allen, commander of the 24th SOW, said in a release. "We are grateful for the support from our community and our Air Force Special Operations Command teammates. Our thoughts are with his family, friends, and teammates at this time."

A spokeswoman with the 24th Special Operations Wing said she wasn't sure how long the group of airmen had been in Idaho. She also did not have details about what went wrong in the moments before Kraines' fall, noting that his death remained under investigation.

The 24th Special Operations Wing is headquartered at Hurlburt Field in Florida, but Kraines was assigned to Fort Bragg in North Carolina.

The Air Force described him as a military static-line jumper and free fall jumper as well as an Air Force combat scuba diver and certified emergency medical technician. As a Special Tactics pararescueman, Kraines was trained to be deployed into combat for combat search and rescue and personnel recovery operations.

A GoFundMe account has been set up to provide financial assistance to Kraines' family.

The Black Cliffs, located just off Idaho 21, are a popular spot for rock climbers.